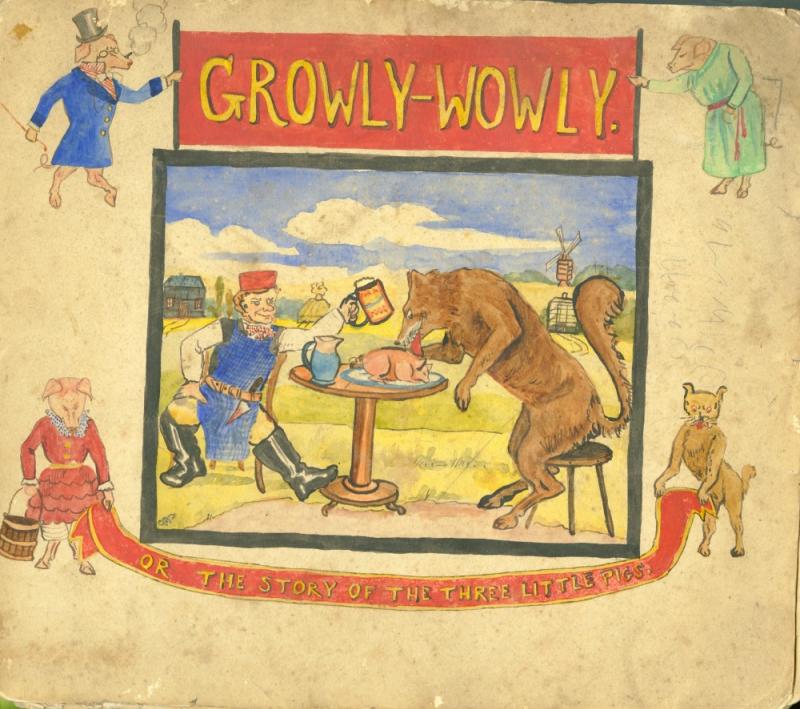 An item of Longford interest will be among the 800 lots that will go under the hammer at Fonsie Mealy Auctioneers annual Christmas Sale at The Gresham Hotel, Dublin on Tuesday, December 13 from 10.15am

Among the magnificent collection of rare books, literature, manuscripts, maps and works of art is Lot 422 entitled ‘Slavery’.

‘Slavery’ is described as “a complicated but fascinating lengthy double-paged postal communication from W. Taylor, attorney of Spanish Town, Jamaica, to Maria at “Edgeworth Town,” Sept. 1822; received Dublin Nov. 1822; with signed memo from Maria indicating that she replied to Taylor in Feb. 1823.”

Also going under the hammer is the unpublished children's book ‘GROWLY-WOWLY’ by Irish Novelist Edith Somerville.

Better known to most as ‘The Story of the Three Little Pigs' this fantastic original signed manuscript tells the story written in Somerville’s hand, and with seven superb full page watercolour illustrations is estimated at €3,000 - €5,000. 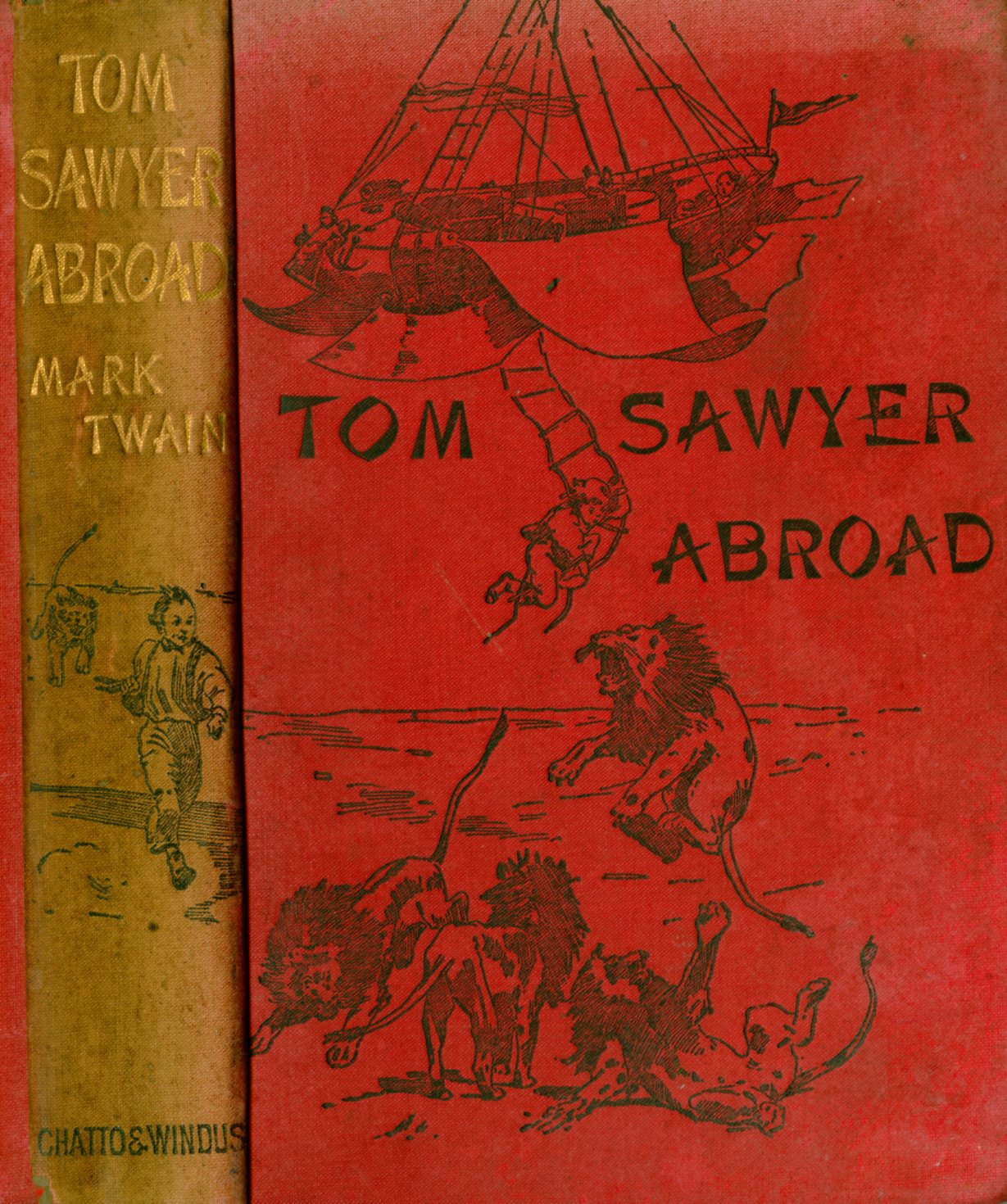 Now a popular fantasy movie, a wonderful First Edition of  ‘Alice and Wonderland - Through the Looking Glass and what Alice Found There’, originally written by C.L. Dodgson, will enter the auction estimated at €250 - €300.

An important collection of handwritten and typescript ballads, composed by renowned author and singer Brendan Behan will be auctioned. 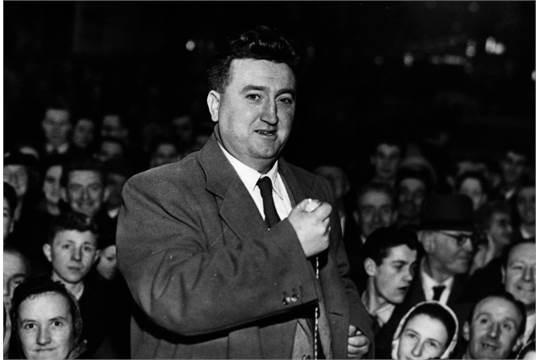 The collection which is expected to fetch in excess of its estimate of €3,000, encapsulates the love and republicanism of a man that gave us some of the most iconic ballads of Irish freedom - ‘The Foggy Dew’ and ‘The Wind That Shakes The Barley’. The archives also include autographed scripts, pencilled notes and corrections by Behan himself.

Representing some of the famous Irish Literary lots is a Seamus Heaney item, a signed holograph manuscript copy of the poem 'The Wishing Chair', from his Squarings sequence (est. €1,000 - €1,500), as well as other rare signed editions. 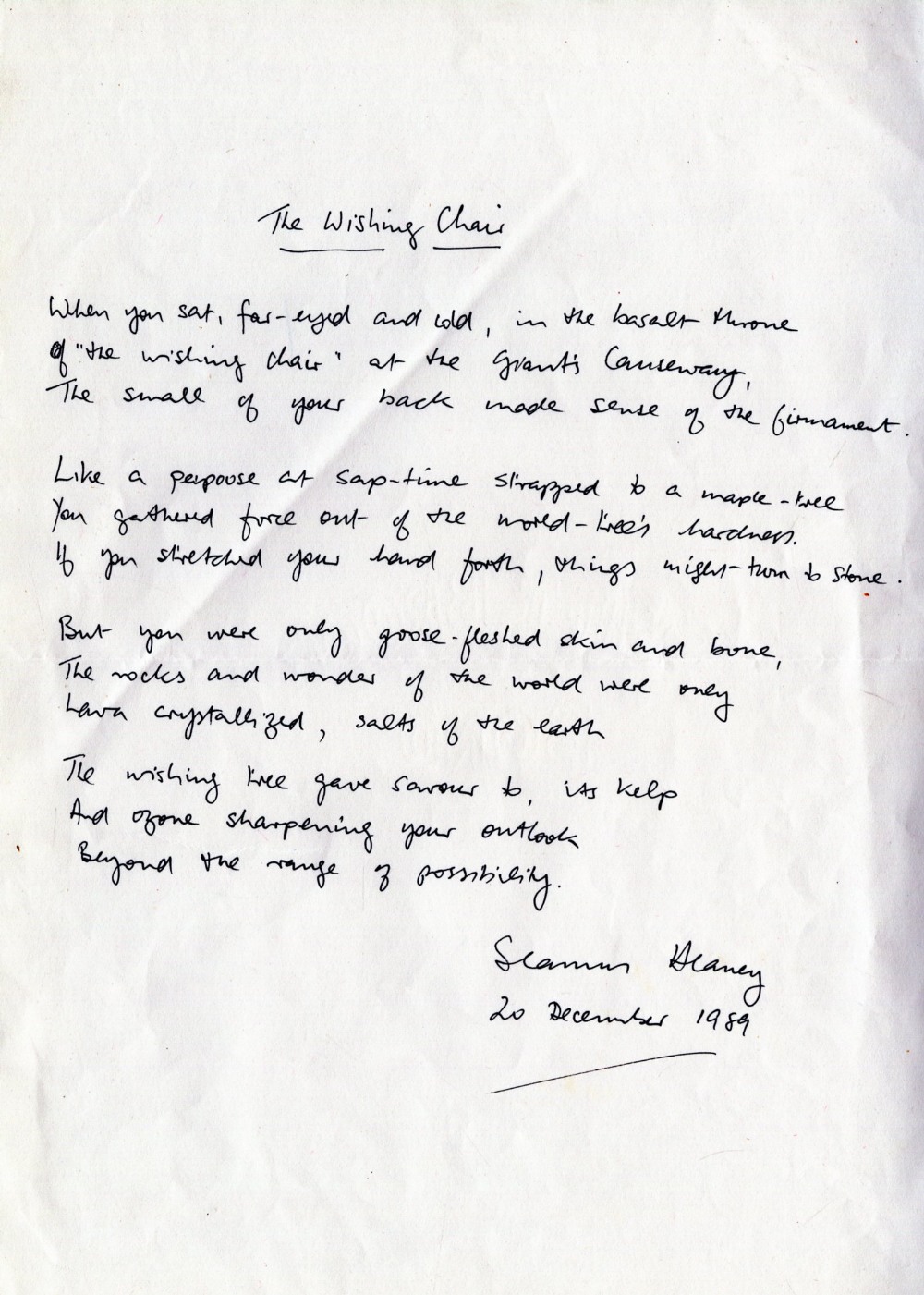 Items sure to pique interest from overseas include an excessively rare copy of a Benjamin Franklin Imprint, printed in 1744 in Philadelphia. With only a handful of copies held in Institutional Libraries Worldwide this item is expected to fetch between est. €7000 - €10,000.

Initial viewing will take place on Thursday, December 8 at Chatsworth, Castlecomer, Co. Kilkenny. With additional viewings at The Gresham Hotel, Dublin on Sunday, December  11 from 1pm – 6pm and Monday, September 12 from 10.30 – 6pm.

The sale will take place also in The Gresham Hotel on Tuesday, December 13 at 10.15am

For more information on the items up for auction, please visit www.fonsiemealy.ie

Slavery: Edgeworth (M.) A complicated but fascinating lengthy double-paged postal communication from W. Taylor, attorney of Spanish Town, Jamaica, to Maria at “Edgeworth Town,” Sept. 1822; received Dublin Nov. 1822; with signed memo from Maria indicating that she replied to Taylor in Feb. 1823. The letter was charged 6 / 4-- 5 / 2 to Dublin + 1 / 2 onwards to Maria, double the single page Irish postal rate of 7d for 52 Irish miles to Edgeworthstown. (The postal charge of 6 shillings and fourpence was roughly equivalent to the wages of a fully employed Irish labourer for about 2 weeks of work.) The main content is a draft Power of Attorney authorising Taylor to sell, nominally on behalf of Gerald Mulloy, 4 female slaves in Jamaica, plus their prospective offsprings. Those were Mary an African aged about 50 and 3 of her children all of mixed race, Betty aged about 17, Nelly about 10 and Sarah about 8. An attached draft Affidavit pertains to 3 Mulloy brothers who, effectively were apparently Maria’s agents or nominal heirs to agent: Thomas the eldest formerly of Jamaica, deceased; James late HM Lifeguards died c. 1819; and Gerald Mulloy a farmer resident at Kilderreen, Parish of Clonbroney, Co. Longford. The Jamaican draft Affidavit was prepared for Gerald, as heir to the slaves under Jamaican law, to sign, as a m/ss, w.a.f. (1) €300 - 400