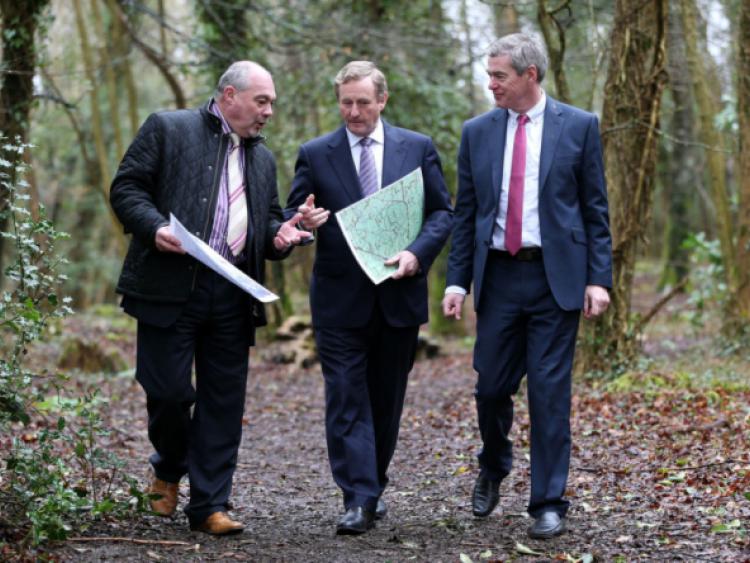 In anticipation of the Center Parcs development Longford County Council, Coillte and local people have come together to identify and develop new amenity paths at Newcastle Wood.

Three new paths were identified on the northern side of the River Inny, two of which have already been developed.

“These new amenity paths provide new walking loops through some of the most beautiful woodland in the county and connects what were formerly cul de sac type route,” a spokesperson for the local authority added.

“Longford County Council is also working on preparing the Part 8 planning application for the reinstatement of the White Bridge across the River Inny in Newcastle Wood.

“This was an old pedestrian bridge that was removed in the 1950’s and when it is reinstated, this bridge will provide a pedestrian link across the river to both sides of the woodland north and south.”

The spokesperson went on to say that the amenity walks together with the newly renovated bridge would serve to enhance the overall Center Parcs development which is set to begin construction next spring.

“It may be possible in the future to link Newcastle Wood with the new Royal Canal Greenway thus connecting into a National Route,” the spokesperson added.

“These major works all form part of the Council’s initiative to develop the Tourism assets of the county and help make Longford the No. 1 visitor destination in the country.

“Local people will also be able to enjoy these wonderful new facilities at their doorstep.”