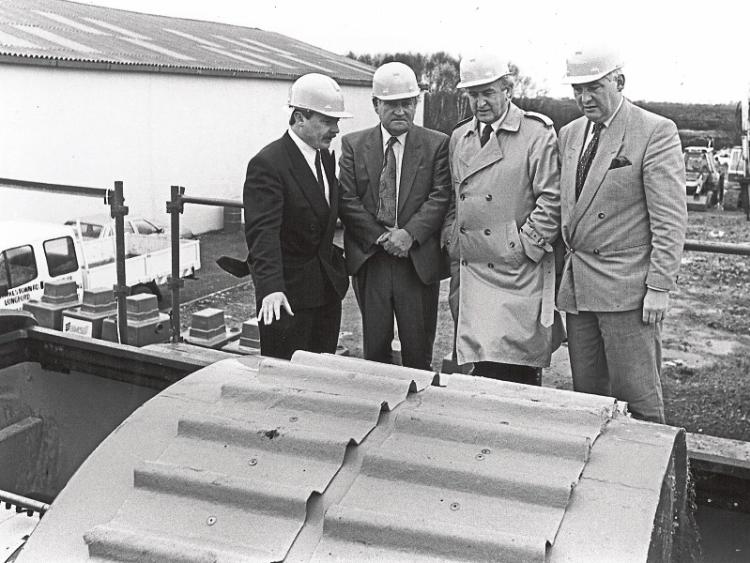 BMS was established in 1986 on foot of a Research & Development (R&D) grant from the Irish Industrial Development Authority (IDA), who at the time handled both indigenous business and the promotion of inward investment.

Ireland was a very different place at the time with a national negative balance of payments (importing more than it exported), the country was borrowing heavily to fund day-to-day services, interest rates were a whopping 18% and unemployment was also at 18%.

To support job creation and the reversal of the balance of payments, Seamus Butler, still Managing Director of BMS, received a Feasibility Grant from the IDA to explore import substitution in the of sewage treatment market.

Seamus did a thorough study, identified existing technologies and sought to improve on them, coming up with the foundation stone of BMS success; the BMS Aerotor.

The Aerotor is a system that removes the organic component of sewage in a robust, compact and low input manner, which renders the treated sewage safe for discharge without causing pollution.

The concept was further built on by the BMS Blivet, which is an ‘all in one’ package sewage treatment system, incorporating the Aerotor along with settlement and sludge storage.

The Blivet is a complete sewage treatment system for any population from 4-5 houses up to small towns/villages. The Blivet fits in a standard 40-foot container and has been exported to 40+ countries worldwide on all five continents from the BMS factory in Longford, with the first one shipped in 1991.

It has operated from temperature extremes of 40˚C in the desert in Iraq, where it was used in all American Army bases, to below -20˚C in Newfoundland, Canada.

As a business founded on R&D, BMS has always sought to embrace new developments and product areas.

Half of BMS business is now in surface water treatment, where BMS are Ireland’s biggest manufacturer of Petrol/Oil Interceptors, which remove hydrocarbon contaminants from rainwater run-off to prevent pollution. Chances are that you have driven on a road with a BMS Interceptor underneath it!

Along with interceptors, one of the biggest growth areas has been surface water attenuation/infiltration, in which an artificial void, in the form of the BMS Stormbreaker, is built under a sealed surface such as a road or housing estate to store the extra rainwater that falls during prolonged periods of rainfall. This artificial void stores the rainfall, helping to prevent flooding and then allows the rainwater to be released slowly over time.

Other innovations include, the BMS Recyclone, an ‘all in one’ system that cleans dirty water used for washing cars, trucks and buses for continuous re-use, providing a huge water saving and prevents pollution.

Throughout the 30 years of business, most of the success has been down to BMS staff, many of which have been with the company for over twenty years.

The company is still in family ownership, with Tommy Butler becoming the third generation involved in the business along with the late Jim Butler, Managing Director Seamus Butler and shareholder Marie Butler.

2016 has marked a year of renewed growth for BMS with exports to the UK, France, Canada, Africa and the Caribbean.

In keeping with the initial company ethos of R&D, BMS is continually reviewing what it does, what it can do better and in which new areas it can provide novel solutions.

The company looks forward to doing the same in 2026, when BMS will be 40 years old.