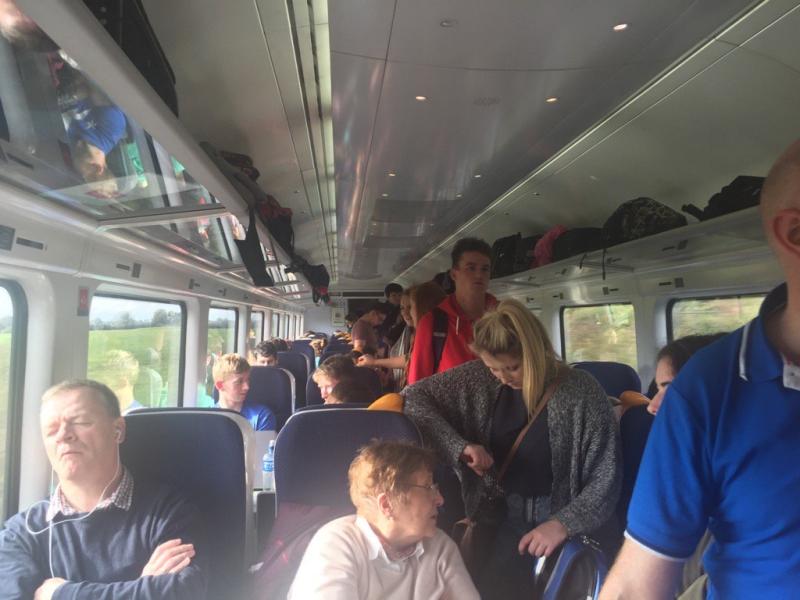 And she subsequently took her criticism of Iarnród Éireann a step further by describing the train carriages as ‘not safe’.

The Ireland Midlands-North-West representative in the European Parliament, via her Twitter account @MarianHarkin, claimed there were at least sixty people standing in every carriage on the Sligo/Dublin train, adding that it was ‘not safe’.

Iarnród Éireann suggested they were ‘utilising all available carriages’, adding that they are ‘currently running an extra service from Longford on Sundays’.

Saying the situation was ‘literally not safe’, Ms Harkin queried if it was a Friday issue? And she concluded by urging Iarnród Éireann to put on extra carriages to Longford or a train to Mullingar only.

@MarianHarkin Apologies. We're utilising all available carriages at present. We currently running an extra service from Longford on Sundays

It's literally not safe.A Friday issue?could you not put on extra carriages to Longford or train 2 Mullingar only @IrishRail @SligoChampion