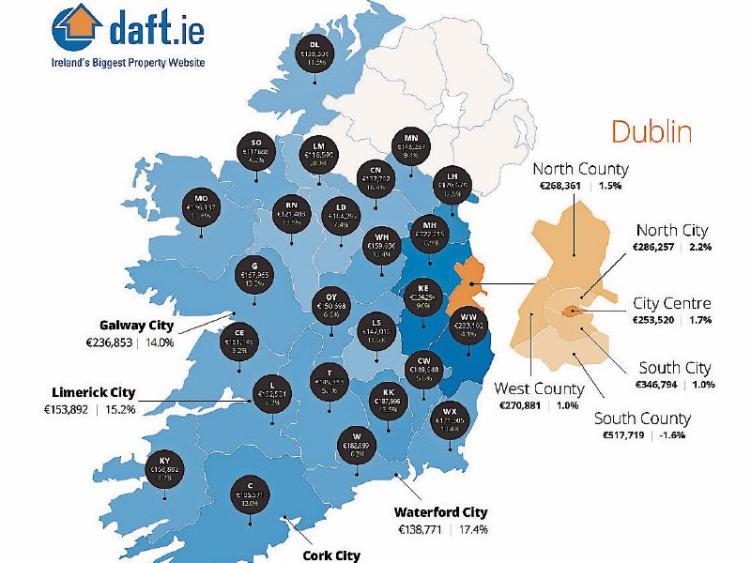 Longford doesn't need any more “sprawling estates” according to one local councillor  who spoke in the wake of the announcement of the Government's Rebuilding Ireland Action Plan for Housing and Homelessness last week.

The document, among other things, sets out an objective to deliver 47,000 social housing units by 2021, with an investment of €5.35 billion.

Speaking to the Leader, Cllr Gerry Warnock said that Longford doesn't need any more 'sprawling estates' but the focus should be on regenerating “existing estates and think outside the box to create communities, not units”.

Responding to An Taoiseach Enda Kenny's claims at the launch of the plan that local authorities fell short in terms of building social housing, Cllr Warnock said that the Taoiseach's comments were “disingenuous to a high degree”.

“The Taoiseach failed to refer to the bureaucratic hoops local authorities have to jump through to in order to draw down capital funding,” Cllr Warnock stated. “If he is so confident that the money is there, let him direct the department to electronically transfer these funds to the 31 local authorities capital accounts as a matter of urgency.”

Cllr Warnock went on to add that councils are drip-fed funding and that he would “respect the man more if he was upfront and admitted that part of the reason we find ourselves where we're at is because local authorities have been starved of capital investment in housing for decades, in favor of Approved Housing Bodies”.

“I don’t think we need to build any more houses, “ she said adding that she was calling for more funding for refurbish social housing that was currently boarded up.

Cllr Sexton told the Leader that there are over 100 houses out of commission around the county, the majority in Longford town, and she felt that this was a better deployment of resources.

“We do not want to see new houses being built under the guise of regeneration because we already have too many houses in the wrong locations,” she pointed out.

On the issue of boarded-up houses, Longford/Westmeath Deputy Kevin 'Boxer' Moran is urging the local authority to avail of a €60m fund, as part of the plan, which would assist in the restoration of these vacant council houses.

“Longford County Council has a problem with vacant or what is termed ‘void’ houses that they are having difficulty in refurbishing and are currently out of use,” said Deputy Moran.

According to Deputy Moran, some 5,000 social houses were returned to productive use between 2014 and 2015 where €60m from the Exchequer helped local authorities to tackle the problem  .