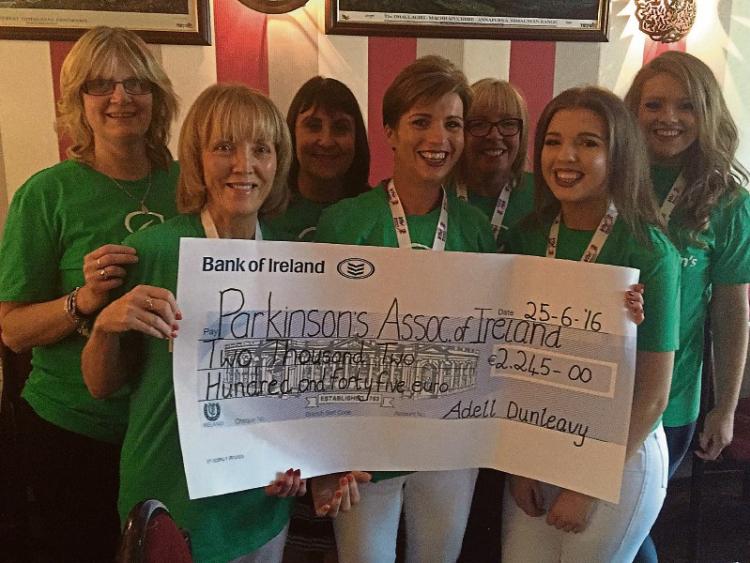 On the June bank holiday, seventeen ladies set off from various locations to support Adell Carberry Dunleavy and the Parkinson’s Association of Ireland by taking part in the VHI Ladies Mini Marathon in Dublin.

The group was made up of some of Adell’s closest friends, work colleagues, her two daughters, and some of their friends from college.

Adell was diagnosed last August with early-onset Parkinson’s disease and says she has received huge support from friends. She told the Leader: “That is why I decided that I wanted to give back and return the generosity others have shown to me.”

The group raised an impressive €2,245 but most of all, it was a fantastic day full of laughter and positivity.  See this week’s Longford Leader for more information.