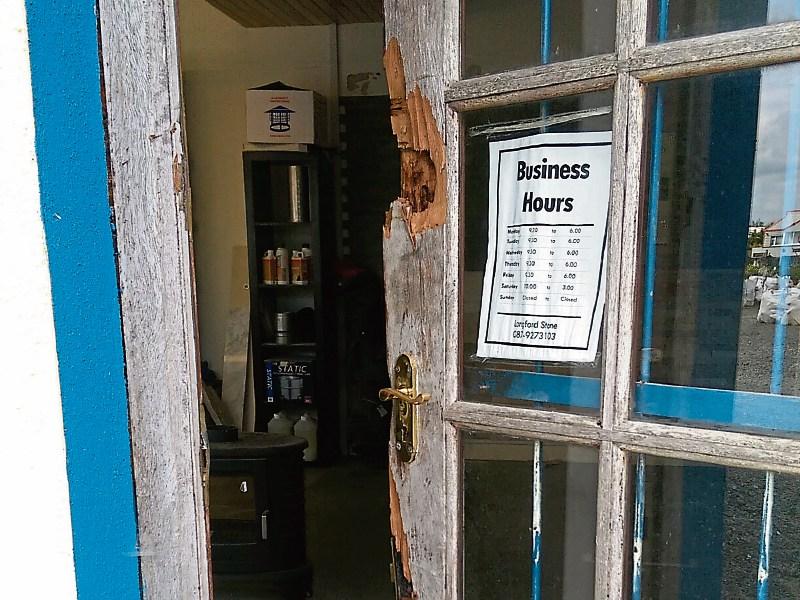 Thieves stole thousands of euro-worth of stock during a break-in at a business premises in Longford town last week.

The incident at Longford Stone and Garden, which is located on the Athlone Road, occurred sometime between 6.30pm on Tuesday, May 24, and 9.25am the following morning, Wednesday, May 25.

Three Henley stoves were taken during the robbery, which came a year after the same premises was the target of a similar raid in which a quantity of tools was stolen.

The company's owner, Leonard McGrath, explained that the perpetrators still managed to gain entry despite the extra precautions he had taken following the first break-in.

“I had put up bars across all the doors and windows, but they still managed to bust-in the door and force it open,” he said. “If they want something, they're going to get in.”

Mr McGrath pointed out that taking the stock would have required considerable effort: “They stole three stoves, which are heavy. We place boulders at the entrance to the yard every evening so they would have had to drag them all the way out to the road.”

“It's a killer,” Mr McGrath admitted. “There's not much we can do except add more security, which is more expense.”

He added that it is his belief many robberies in the area are not being reported to the authorities as it is a waste of time.

“The town is being robbed blind and I don't think many businesses report anymore because they know the criminals won't get jail,” he said.

A Garda spokesperson confirmed an investigation is taking place into the robbery.

“We are actively investigating this incident and we are appealing for witnesses,” the spokesperson said. “If anyone is offered these stoves, we would ask them to please contact us.”

Anyone with information relating to the incident is asked to contact Longford Garda Station on 043 3350570 or the Garda Confidential Line on 1800 666111.