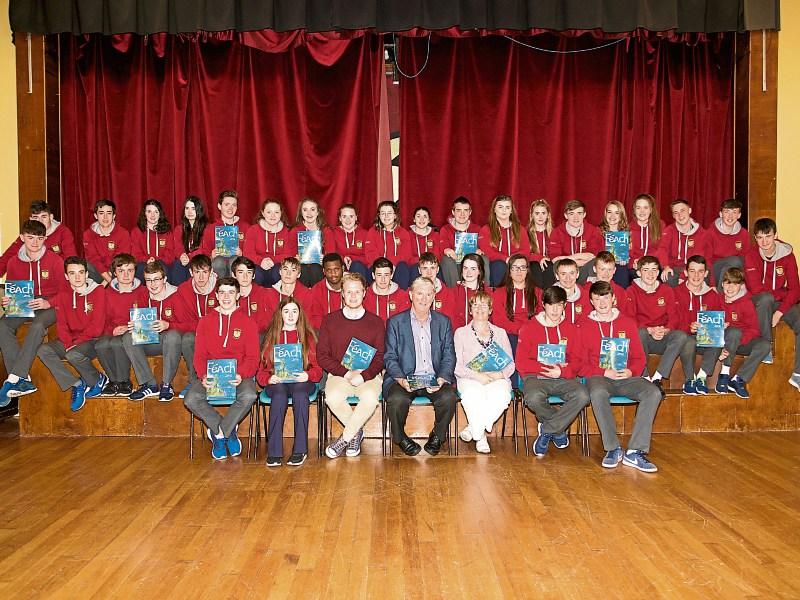 Pride and self-satisfaction were probably the two chief adages to sum up the atmosphere in Cnoc Mhuire on Monday as the Granard Secondary School unveiled its latest annual magazine- 'Féach 2016'.

A mainstay of the long established north Longford school since the early 70s, 'Féach' has readily become the envy of second level establishments up and down the county.

Pupils from the school's Transition Year Media Studies class, ably assisted by their teacher Pauric Hanlon, were once again the brains behind its creation.

To add to the occasion, Irish Independent columnist and former Longford Leader Editor Eugene McGee was on hand on Monday to officially launch its 2016 publication.

Speaking ahead of those proceedings last Friday, Mr Hanlon said there was no secret behind the magazine's continued success.

“There is a lot of planning involved,” he explained, while casting an eye over a photocpied draft of the end product.

“The students write it and put it together in Media Studies with the teachers also having an input as well.

“You really need to be the type of person that keeps everything though.

“Right now, I have a file for Féach 2016. You have to be prepared to record everything as the year goes by.”

That meticulous attention to detail is very much illustrated in the extensive array of topics that are covered throughout the 43-page publication.

From music to sporting excellence on the field of play, there's not much Mr Hanlon and his batch of aspiring young scribes haven'tconsidered.

“It's all about the kids at the end of the day,” added Mr Hanlon.

“We want them to feel the emotion of it all.”

There were warm and appreciative words too from school Principal Moira Mahon.

She said the endeavours displayed by students and teachers alike in Féach's sustained success was not to be underestimated.

“The standard is very high, it really is,” she enthused.

“Mick Conlon started it and Pauric has taken it over and brought it to another level. I'm very proud.

“The trustees of the school (CEIST) ask for a report of school activities from the year and what I usually do is send them a copy of Féach as it's the whole year encapsulated into one.”

Copies of Féach 2016 are on sale for €5 from the school and from local businesses.