"This has been sitting in your department for the last three years," Council official tells Minister 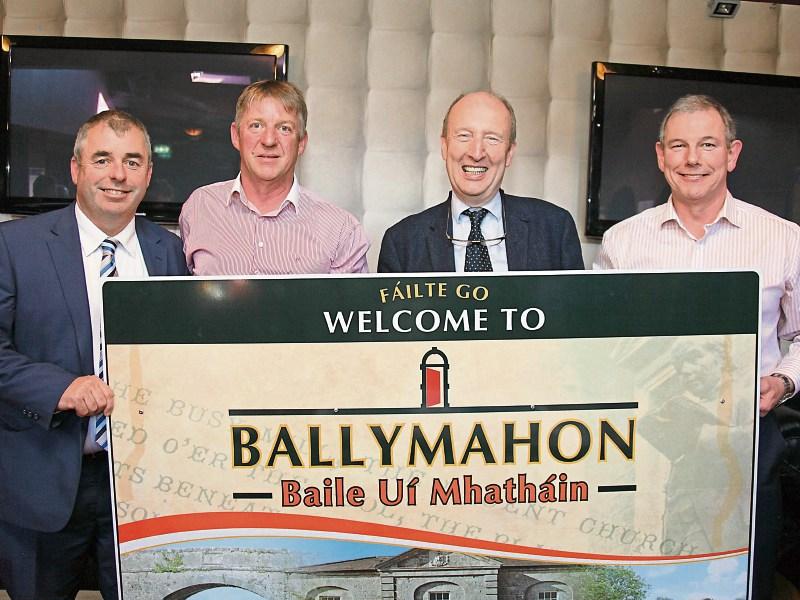 New Transport Minister Shane Ross visited Ballymahon on Saturday where he was given a a presentation on the Longford end of the Royal Canal Greenway.

Minister Ross and Deputy Kevin 'Boxer ' Moran, together with Fine Gael's Peter Burke and local representatives were briefed on the various tourism projects Longford County Council has managed to implement with scant resources in recent years.

Planning officer Dónall Mac An Bheatha spoke at length about how ventures like the Rebel North Longford Trail, Literary Trail and Mid Shannon Trail were helping to kick-start local tourism.

However, it was the Royal Canal Greenway which Mr Mac An Bheatha said was of most pressing importance.

“We are a small county that is not very well developed economically compared to larger counties around us with bigger populations, so for us the Royal Canal and the Royal Canal Greenway is effectively a lifeline because this is our connection to the world.”

He said the local authority had managed to progress the Greenway, taking in the likes of Abbeyshrule, Killashee and Clondra.

But, in order to complete that undertaking state capital was required, he stressed, adding that Department of Transport chiefs had so far failed to provide the necessary funds.

“This is the section that has been sitting in your department for the last three years,” he bluntly told Mr Ross.

“All of it has full planning permission and has been fully vetted by your department and we are just waiting for the go ahead on it.”

Mr Ross pledged to take everything on board but said it was still too soon to be signing off on projects given his recent elevation to the Cabinet table.

“I am very grateful for the opportunity to come down here but what I do have to say is don’t expect too much from me today simply because it is a very new department,” he said.

In a light-hearted end to the discussion, Minister Ross said that Deputy Moran had persuaded him to choose a trip to Ballymahon over seeing world number three Rory McIlroy take part in the Irish Open in Kildare.

“Ever since coming into government he has been on to me about coming down here,” Minister Ross said.

“ I said 'yeah maybe before Christmas' but then he turned to me in the week and said 'no next Saturday'.”