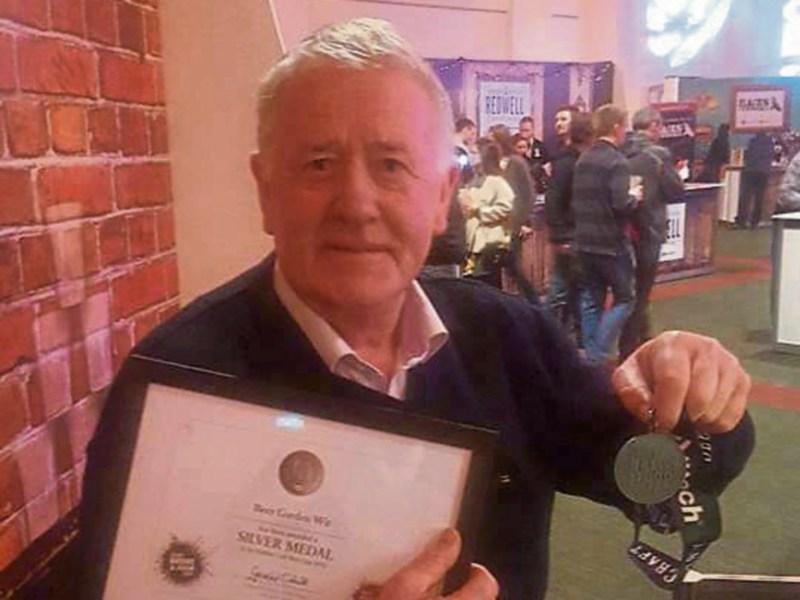 Longford town-based beer producer St Mel's Brewing Company was among the award winners at the recent Alltech Craft Brews and Food Fair, which was held at the Convention Centre in Dublin earlier this month.

“It's another feather in the cap,” said the company's master brewer, Liam Hanlon, who explained the award was secured for the brewery's summer ale, 'Beer Garden Wit'.

“It's made using elderflower, which is grown by Richmount Cordials in Carrickboy,” he continued before adding that “there were 360 entries from 16 countries and only 36 were given silver medal awards” at this year's Alltech event.

The silver is the latest in a series of high profile prizes for St Mel's Brewing Company, with its brown ale also earning a silver medal at the Killarney Beer Festival last year.

Mr Hanlon revealed that the brewery  is now producing no less than 1,500 of beer each week.

“We're close to our maximum output now so we're looking at expanding in the summer,” he said. “Our biggest sellers are our pale ale and our helles lager. We're now stocked nationwide by Musgraves and our helles lager will be SuperValu's 'Beer of the Month' in March.”

The master brewer also announced that St Mel's is planning to add two further varieties to its range in the coming months, following on from the successful introduction of its pale ale on draft.

“Following on from the success of our 'Autumn IPA', we will be adding a permanent IPA (Indian Pale Ale) to our range, while we also plan to add another experimental black label beer, too.”