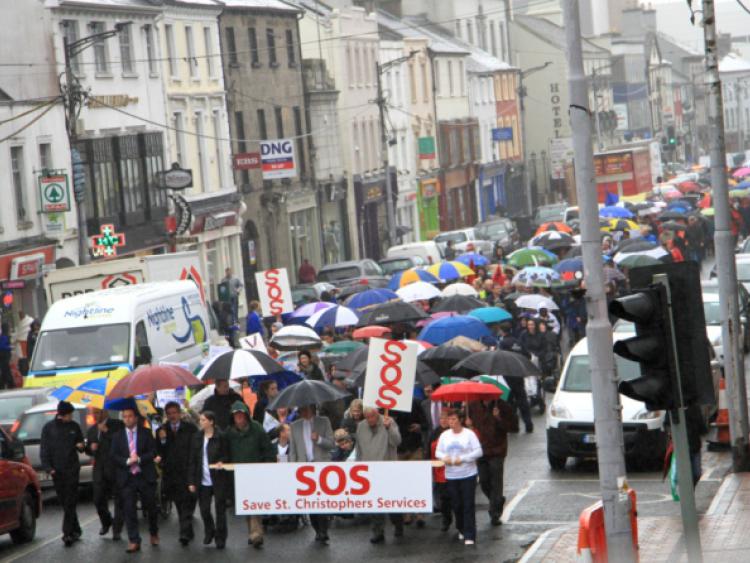 Governments don’t care about the true cost of health care. Councillors, county councils, government departments, the man or woman on the street, none of them care. Not really.

Governments don’t care about the true cost of health care. Councillors, county councils, government departments, the man or woman on the street, none of them care. Not really.

Successive governments made decisions based on economic pragmatism, and meanwhile managed to fund other, much less important areas to the detriment and hardship of patients in our hospitals. In fact, let’s look at this honestly.

When the government agrees to place limited resources on the health of the nation, they do so, in the clear knowledge that limiting such resources will cost lives. This is a fact.

Take for instance the recent Kivlehan case in Leitrim. This family had sought for several years to have a public enquiry. None was agreed to.

Eventually on foot of continued sustained pressure from the family, an inquest was set up.

The findings of this inquest give huge, massive, cause for concern.

‘A medical misadventure’ is the official finding.....

Now the fact that this ‘misadventure’ cost a life, is apparently, collateral damage.

Apologies will be made - indeed are being made, and have been made and sincerely tendered - but the harsh fact remains that the lady is dead.

None of the explanations cut any ice, or serve to make anything better.

Not unless, something is done to alleviate the horrendous way that health services are catered for (or not!) in some of our hospitals.

Meanwhile, the GAA still receives €70 million for a stadium in Cork.

Is this not a scandal of immense proportions? I believe it is.

I’m a GAA follower/supporter/activist but it’s blatantly clear to me that the GAA can well afford to spend whatever it takes to build a stadium.

This is simply a convenient case in point, the GAA are not alone in receiving money.

They just happen to be one of the bodies whose favour struck me as mind boggling.

For the record, I am not talking about locating hospitals in one place or another, that policy has been proven to be a rather obsolete point of view, when a really good hospital can be located anywhere. And work more efficiently, and reliably, when properly set up.

No, I come back to the main point here.

When governments make the decision to limit resources to health, they are consciously making the decision to accept that some lives may be lost, some patients may be made to suffer more, and overall the nuts and bolts of the service will be overstretched.

But they do not care, it’s as simple as that. No, they will happily spend large amounts of public money defending cases through the courts, rather than concede that it’s wrong.

Right now, the next budget is being agreed for the health service.

Leo Varadkar is seeking €500 million, minimum. They have persisted with pursuing cuts in the health service that are obviously causing extreme hardship.

Many people have been waiting, endlessly, for ‘a bed’. Isn’t it incredible that in this day and age we behave like a third world country while people wait, 18 months, two years, and more, for a bed?

So the next time you see an amount of money being allocated to somebody or other, ask yourself, has this really been thought out?

Or, more importantly, does anyone really care?

One day last week, I rustled through the paper and found one of the zillion versions of advertising that comes daily through any one of the many avenues available to advertisers, to hit the willing recipient.

This one was from eircom, and advertised ‘bundles’ (a modern day anachronism) of offers. One, mainly in fact, which pronounced in red letters that Bundle two Bundle three or Bundle four, were still only €24!

I wasn’t busy on the day, and decided to read the stuff, carefully.

Read the front page, which lauded the availability of Superfast fibre broadband + Home phone + TV + Mobile. Amazing it was. I was stunned to hear that fibre broadband was actually available and concluded that the eircom people must be working night and day to install such a swish service, so very quickly.

The second page was even more promising with four forms of service, the first of which was listed as costing €24, and all the rest costing “still only” €24 a month.

Without doubt this was an offer to make the senses salivate.

Then, on the bottom of the second page was quite a lot of very small print.

I took up a more magnified pair of glasses to read this, which rather spoiled my day, because it stated very clearly that there were all sorts of complicated twists and turns involved in the offer and - apart from the fact that you’d need a spreadsheet to itemise the different ways that were very clearly outlined if you hadn’t gone off half-cocked in the first place - assuming you remained after the introductory period of six months, you could pay variously from €48 a month to €63 a month....and other such offers. I chose the two cheapest for the purposes of this piece. You get my point.....

Spare a thought for the stewards

The GAA is a marvellous institution. One needs to take in everything around a game situation to fully appreciate the number of people who give of their time to man the turnstiles, the traffic, crowd control, and the overall preparation of the grounds.

We take it all for granted.

As I write this, I’m two days out from the county final, and looking forward to the great day.

I recently took time to travel into Pearse Park on a few Sunday’s, very early...

On any given Sunday, the number of people who arrive extremely early to Pearse Park, is quite astonishing. They arrive, park their cars, and take up different positions quietly, unbidden, and unheralded, to get on with the work of the day. No direction necessary - all that has been decided and allocated well in advance. One could say it is like clockwork.

Some stewards are young, energetic and sincere in their passion for the role, none more so than Eugene Caherly who oversees the car parking in Pearse Park, and usually arrives first. It’s great to see someone so young, take charge of such an onerous position.

The ambulance, medics and other assistants will be well located for emergency.

Another occasion when much effort and energy will go towards making it all appear easy.

When all is done, and dusted, spare a thought for the stewards, and organisers.

They make it look so simple.