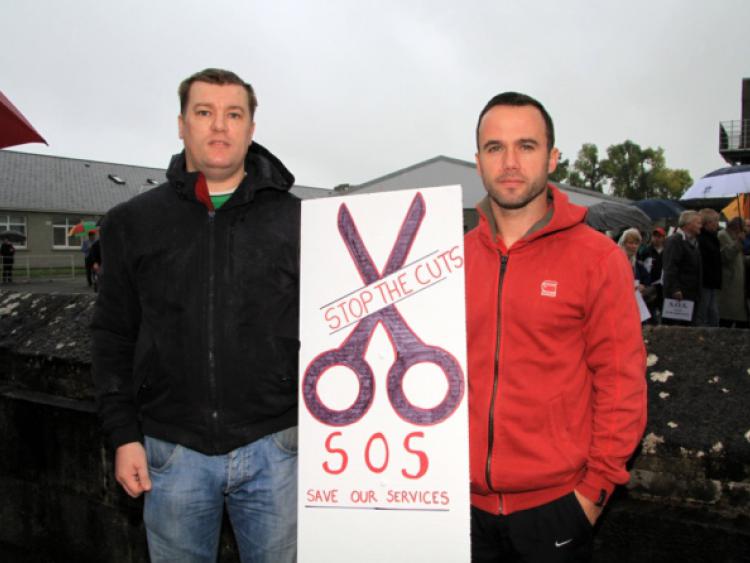 In times of goodwill, there is a serious danger that such goodwill will in fact be taken for granted, and unintentionally ignored, left to do its own thinking, and decide for itself what should be done.

In times of goodwill, there is a serious danger that such goodwill will in fact be taken for granted, and unintentionally ignored, left to do its own thinking, and decide for itself what should be done.

There is serious goodwill for St Christopher’s and everything that establishment means for those within its walls, and - slightly more obscurely - for those of us who have been fortunate enough to realise at first hand, it’s benefit.

This is not the time to leave the goodwill that exists in respect of St Christopher’s to its own devices. This is the time to ensure that everyone you come into contact with, is reminded that St Christopher’s is in grave danger of losing funding, and is quite seriously threatened, by closure of services.

Otherwise the good that was done, and the interest generated by the recent protest march on Friday, October 3, when many of the most important people - the man and woman on the street - came out in their numbers to make their presence felt.

The point about this is: there is a choice to be made.

€30 million awarded to the GAA to build a stadium in Cork.

Kerry Co Board received €300,000 for a centre of excellence - and they’re looking for more.

Many of these projects are quite deserving, yes. But are they more deserving than St Christopher’s?

I very much doubt it.

Don’t let anyone fob you off by saying there’s no money available. There is money.

It’s a matter of conscious choice.

We need to raise money for St Christopher’s. Urgently.

This is something I will return to in the coming week or two. I write this merely to keep the pot of interest boiling, as we do not want to let this wonderful upsurge of the support of thousands, get lost in the middle of all the various ‘begging bowls’ that will come your way.

It is vital we keep St Christopher’s afloat, and funded sufficiently to keep up the wonderful work done within its environs, and the amazingly unselfish input from the staff.

There is an acute crisis unfolding in the Health Service.

If they don’t, how can they justify any one of the (shortened version) projects outlined above?

A member of the medical profession, speaking on RTE a few nights ago made the following statement in reference to the health service cuts - “make no mistake, there are unnecessary deaths occurring as a result.”

Nobody has contradicted him.

In Longford town, we have approximately 33 shops currently closed.

Closed, because the owners gave up, couldn’t make money, or whatever you’re having yourself. When walking on the protest march recently it was brought to my attention that many, but not all, of the very attractive shop fronts, are in fact, the result of the council spending money to do them up, and make them more appealing in terms of the visible facade.

It’s a useful piece of ingenuity on the council’s behalf, and one applauds their reaction to the problem of unused shop fronts. In most cases, otherwise, they are left tawdry, unkempt, and unsightly, making the reality of the closure all the more apparent.

So the move by the council to keep the visual outward appearance of all shop fronts, more suitably presentable, is a good one. Even if it means some unscrupulous operators benefit.

How much better would it have been, however, if the council had given more serious thought to the cost of parking in town, before it became too late for all these shops to try staying open? Every gravy train reaches an end, some day. Or becomes less fruitful.

It’s a pity that it had to come to this, and it is demonstrated very clearly by the number of shoppers in Dunnes, on Dublin road, and in the other far end of the town, where the Esquire coffee shop seems to know no such thing as a quiet day. It is constantly busy, and excellently presented and well run. Ditto the Homebase store, is run off its feet.

Why is there such a constant bustle of activity around?

Because there is no problem parking, and it doesn’t matter how long one stays.

Oddly, when left to themselves, nobody stays longer than necessary. Funny thing, that.

On Tuesday morning after the county final, October 7, I sat looking out at the trees.

Studied it all for awhile. Watching carefully, I began to spot movement here and there as one does after a short time observing. Crows were busy in the field behind the oak trees, busy picking at the shells of nuts, previously picked from the trees. A magpie flashed through the foliage, and settled in the field; he too was busy picking nuts. In the lawn a pheasant was perched on top of a tree stump, preening herself, and fluffing up her plumage. The cat sat outside on the windowsill, looking from side to side, leisurely.

The air was still, the morning now sunny - the thick heavy fog having lifted earlier.

I thought of how the season had passed from summer into winter, stealthily, unannounced, as though it had snuck up on us.

The football season is over, and soon the leaves will embed the ground with a blanket of rustic beauty. It’s time to take in the summer chairs, and tables, as man and beast prepares for the trials of winter. The leaves are falling, and autumn heralds, effectively, the beginning of the next season.

Christmas is but ten weeks away.