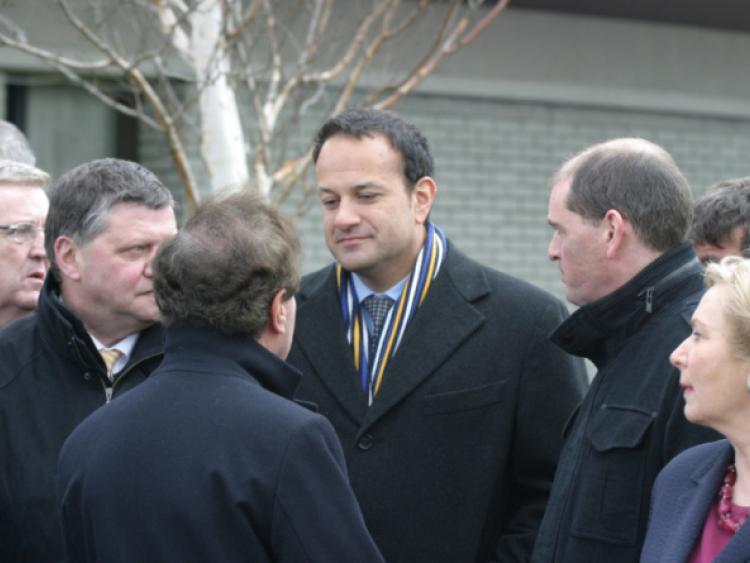 We’re finally being told, over and over in print, on TV, and in reliable conversations, that the Garda Commissioner, Martin Callinan was prevailed upon not to withdraw the “disgusting” remark.

We’re finally being told, over and over in print, on TV, and in reliable conversations, that the Garda Commissioner, Martin Callinan was prevailed upon not to withdraw the “disgusting” remark.

It is generally accepted that Martin Callinan wanted to withdraw the remark, and was given approval to do so by legal advisors.

But Alan Shatter had to be protected, so a good man was persuaded to stay silent.

For the past few weeks I could not understand his seemingly stubborn refusal to correct his own outburst. It’s a pity he was prevented from following his natural heartfelt instincts.

Personally I’m relieved to hear he wanted to do the right thing. Having once sat around a lunch table in his company, I found him to be a most insightful, courteous, indeed quite kindly man. It was disconcerting for a while to witness what appeared to be ill-judged intransigence. Whereas we’re now told that he wanted to recant.

Clearly, ministerial survival outweighed any thoughts of fairness, correctness, propriety and decency, or respect for Commissioner, within government top ranks.

According to Irish Law tenets, a Garda Commissioner may not be sacked or otherwise inveigled to vacate his post by the Taoiseach of the day without express formal Cabinet quorum Approval. Little wonder there’s such vigorous closing of ranks all across government who unanimously insist the Commissioner was not sacked or forced to resign. Strange though that a most senior government official was despatched to his home on a Sunday night.

If he had been forcibly removed, as so many insist he was, the Taoiseach himself would be in breach of the law. Indeed for breaking the law in such arbitrary fashion and with such disregard for categoric procedures, prosecution would likely be the inevitable mandatory outcome.

What is happening to our sense of decency?

Alan Shatter was able to mention on live TV that Mick Wallace had been stopped by a member of Garda, when it suited the minister’s own cheap political purposes.

A disgusting breach of ethic by such an able, educated, and professionally qualified member of our legal society.

Yet, the same Alan Shatter claims no knowledge of the detail in correspondence sent to his department by the Garda Commissioner with a specific request that the minister be informed, over a month ago.

Is the minister so incompetent, or so parish pump in his approach, that he retains trivial tittle tattle on tip of his tongue, yet knows nothing about a vital matter of state that was formally delivered to his department? I don’t believe so.

In all that’s happened in the sorry mess of the past few weeks, the most shockingly unbelievable is that the Taoiseach, and the Government claim to be shocked by revelations of phone conversations being taped in Garda stations.

If the current Government are shocked by these revelations, either they’re completely incompetent or disconnected from all hard news for several years.

It’s long ago a matter of public record that conversations were consistently recorded in a well publicised case.

Alan Shatter is a wonderfully talented man. But he did not tell the truth in the Dail when he asserted with such unremitting vigour that the whistleblowers did not cooperate with the enquiry. If the great Liam Cosgrave had been Taoiseach, Mr Shatter would not, in my opinion, have lasted 24 hours after that performance.

Indeed, he wouldn’t have been around from the moment he played loose with the personal data of an Irish citizen on live TV.

His departure from high office would greatly reassure us that some modicum of standards still apply in Irish political life.

As of now, standards have been eroded beyond acceptability.

Reliable sources suggest we haven’t heard the half of it yet.

Merely the tip of a very deep cold iceberg.

I believe Martin Callinan was shafted to protect Alan Shatter.

Mr Shatter should be removed immediately from office as a reassuring signal that it is not acceptable for someone who repeatedly rubbished the reliability of whistleblowers to remain in charge of Justice.

If he was a fool, or a gombeen, we could give him a pass.

SKY TV is one of the biggest, most valuable, most aggressive, muscular, and commercial entertainment and media corporations in the world.

SKY has over 11 million customers in Ireland and the UK alone.

Recently public forays of speculation have been carefully fed into the public consciousness, akin to leaks before budget time. Testing the water, checking the temperature of public tolerance, or not, and tenderly prodding the skin of resistance to calibrate the break point.

The successful introduction of any revolutionary corporate idea is always dependent on strategic, methodical, patient, and subtle public relations.

Thus far the density of public relations coverage in respect of any potential SKY/GAA alliance has been masterclass.

A nicely balanced mix of the newsy, the questioning, no strong arguments for, relatively mild mannered questions against.

All in all a perfectly balanced mix to break the ice towards the potential day when paying to watch live GAA matches might become a banking reality.

Even the governance concerning free-to-air sports regulations has retained a suitably flexible wording that could actually facilitate pay-for-view if the mood of public can be smoothed out and pre-determined sufficiently now, or in future time.

If the Gaelic Athletic Association ever agree a deal that involves pay-to-view live GAA coverage, that’s the end of the increasingly threatened amateur status of the association. Indeed, it’s already stretching things to call the GAA an amateur organisation given the truth that only the players, and hundreds of local parish volunteers are truly amateur. At that, players at inter-county level are, in GAA parlance, “ well looked after”. Fact is, some of them are.

The day the GAA do a deal with SKY, is the day amateurism officially ends.