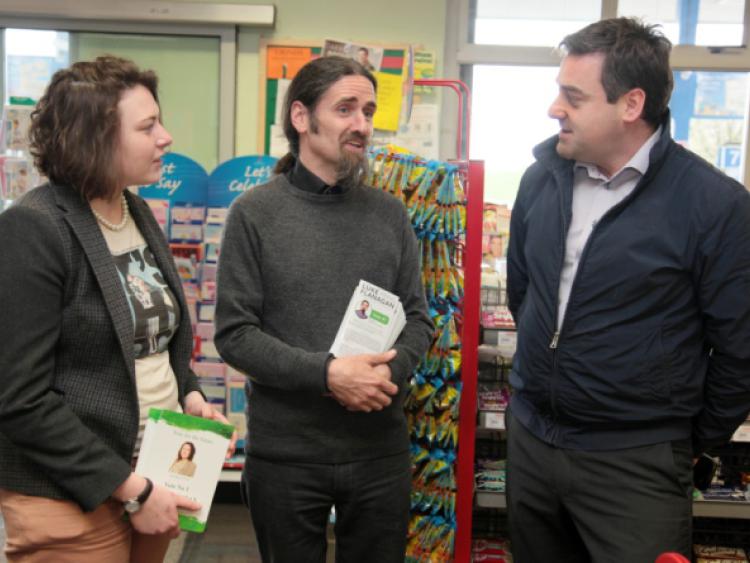 So now we know. The most effective democratic voices in the Irish Parliament do not belong to Fine Gael, Fianna Fáil, or Labour.

So now we know. The most effective democratic voices in the Irish Parliament do not belong to Fine Gael, Fianna Fáil, or Labour.

These three, once trustworthy bastions of Irish Politics, combined spectacularly to demonstrate their collective disdain for non-party members of Dáil Éireann.

The most powerfully effective democratic political voices now belong to TDs Mick Wallace, Clare Daly, and Ming Flanagan - yeah, I know they don’t dress to impress, maybe that in itself should tell us something.

After last week, Fine Gael, Fianna Fáil, and Labour should hang their heads in shame.

These three parties, closed ranks to vote down the Police Bill of last year presented by Mick Wallace, and Clare Daly, thereby dismissing allegations of corruption in our Justice system.

However, when Sergeant McCabe unexpectedly (hello - Mick?) brought a dossier of (the same) allegations to the Fianna Fáil leader, Micheál Martin predictably jumped on the bandwagon.

In fairness he did manage to shake Taoiseach Kenny out of his slumber by presenting a fresh copy of [the same] compelling allegations directly to Taoiseach Kenny. How come the same Taoiseach who’d smirked and sneered in Dáil Éireann as Mick Wallace’s previous attempts were brushed aside, suddenly listened to the Fianna Fáil leader who’d also cursorily dismissed the Wallace Bill?

Quite awhile back, this newspaper, in this page, stated that Alan Shatter broke data protection laws for cheap political gain, instead of upholding the dignity of ministerial office.

Enda Kenny, by keeping Alan Shatter in office, revealed his own crass disregard for office dignity.

Without Mick Wallace and Sergeant McCabe, Alan Shatter would still be Minister.

No thanks to the Taoiseach, Fine Gael, Fianna Fáil, or Labour.

It was a clear sign of the depth of concern within Labour when party leader Eamon Gilmore declared that “this is no time to be sending entertainers to Europe” during his campaigning stint in Galway. He went further when referring to the fragile state of the economy, by warning voters not to put the country at risk by voting for “jokers”.

Shuffle the pack and who’s the offending joker? Aha, there he is! Luke Flanagan, the very man.

Of course, our Luke has a penchant for losing the run of himself, most recently on an RTE Debate when he was moved to state that Senator Lorraine Higgins only wanted to get to Europe to “look good”. Alan Shatter is not the only one with flawed verbal steering.

Nonetheless, I’d consider Mr Flanagan far less of a joke than the Tanaiste has become, given his unswerving support for Alan Shatter. Could it be that the country does not, in fact, come first?

Mr Gilmore was quick to lead the troops through the voting lobbies to sweep aside any talk of corruption allegations, just like the other two conservative parties. Left wing? Socialist? Caring?

Three jokes, for the price of one.

There’s more genuine concern for the disadvantaged, the hard pressed in our society, along with sincere feelings for rural life affairs in Luke Flanagan’s little finger, than the entire Labour Party put together.

Both Government parties, and Fianna Fáil, are so hell bent on being good Europeans that they refuse en masse to even discuss what’s going to happen if, for example, bogs in Ireland are successfully closed to ordinary land-owning turfcutters. The main parties know full well, that the real agenda is to put all control of turbary into the hands of the State.

If Ireland was truly concerned about environmental conservation we would not be buying our way out of carbon level breaches every year, without a whimper. Meanwhile €6.5billion a year is spent bringing fossil fuels and biofuels into Ireland .......

One thing for sure; neither Mick Wallace, Clare Daly, or Luke Flanagan would ever make it in party political systems. None of them could ever agree to being slavish voting fodder in the lobbies.

Could it be possible that we are seeing the first beginnings of a new politics?

Ireland should be grateful for politicians like Mick Wallace, Clare Daly, and Luke Flanagan.

Each is a breath of fresh air amidst the dysfunctional, corrupt, deceitful, lying, bullying, and arrogant attitude that has infested our broken system like a venomous weed, for decades.

On Saturday next, Longford minors meet Kildare in Glennon Brothers Pearse Park. This will be an extremely challenging test for the home team.

The disparity between the conveniently tagged weak and strong counties was brought home to me recently, when in conversation about underage development with someone in Dublin football affairs, I learned that the current Dublin Under-17 Development Squad are being brought to Portugal for a bonding week, as part of the process of encouraging camaraderie and inter-county team mentality. This for a development squad, no games yet. Only the future.

In Longford we have a nice team of minor players, who although playing poorly last Wednesday were vastly superior to a Carlow side who never really threatened to turn the tables.

Nonetheless, it must be said Longford squandered several simple chances in the opening seven minutes - and thereafter intermittently throughout the game. As a footballing county we seem resistant to taking the simple approach. With a full forward well capable of winning carefully delivered ball, Longford spent an inordinate amount of energy and mental effort overplaying passes until the opposition had tracked back in numbers to fill open spaces.

On most of the few occasions accurate ball was floated in on top of No 14, scores resulted.

Going into Saturday’s game the loss of Rian Brady is an even bigger blow than it was against Louth or Carlow. To be without a player of such calibre for three successive championship matches in a county like ours, is a great shame. Irrespective where he first got injured it’s baffling that minors progressing in the Leinster Championship are not being spared at every opportunity, and unquestioningly excused from playing club games.

Indeed the effects of club contests were quite evident among a few Longford players.

As always, the most gifted tend to be the most (ab)used. Not in all cases, but too many.

On top of that, what does it say about the widely signposted GAA player RESPECT when we see young lads being taken out of school in the middle of the day for midweek fixtures, to trek all the way to Louth and Carlow, not home until after midnight or thereabouts, with school next morning?

Is this how we teach and exemplify respect? It is disgraceful to treat young players studying for exams in this manner.

On such diet of careless nonchalance is burgeoning GAA talent indoctrinated.