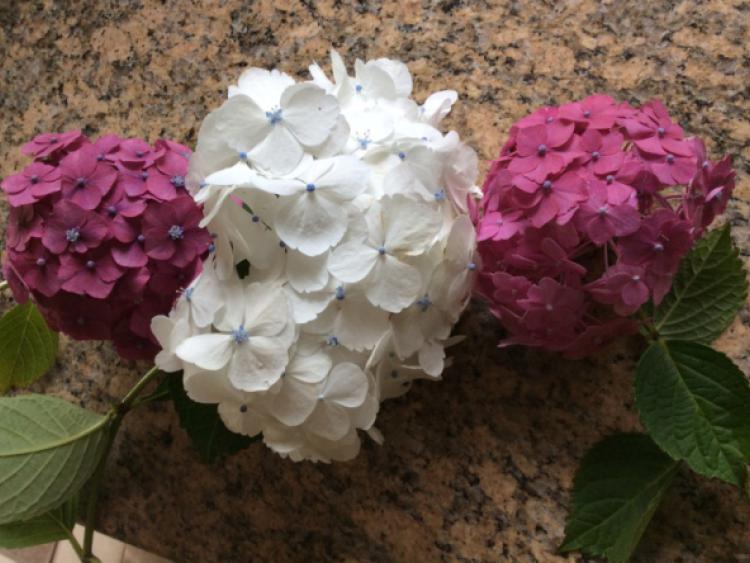 One thing that hasn’t been noted by anyone - unless someone thinks of it this weekend - is the very interesting fact that of the four All-Ireland senior football championships semi finalists, none are managed by an outsider - all come from within the counties. It’s a while since that happened, I’d say.

One thing that hasn’t been noted by anyone - unless someone thinks of it this weekend - is the very interesting fact that of the four All-Ireland senior football championships semi finalists, none are managed by an outsider - all come from within the counties. It’s a while since that happened, I’d say.

There’s an undoubted sense of sincerity amongst the four teams.

A veritable last gasp do or die effort by everyone involved, to get each of their teammates over the line. As if it was something that might never come again.

That’s the thing about internalising. It is devoid of impurity. No matter how hard an outsider tries, I doubt very much that the sincerity of purpose seizes him in quite the same fashion, with quite the same undying love for his comrades as any one of the four managers who walked the line during the semi finals.

James Horan, Jim Gavin, Eamonn Fitzmaurice, or Jim McGuinness have walked a different path than others. Theirs is the stuff of real, true, living and dying for their respective counties.

Kieran McGeeney has returned to Armagh. Mickey Harte is still with Tyrone.

Six of the leading teams, have six home grown managers.

Not so very long ago, Brian McEniff managed Donegal to their only All Ireland success.

In hurling, we have Brian Cody, and Eamon O’Shea in charge of the current finalists, and in Limerick TJ Ryan, Cork Jimmy Barry Murphy. Davy Fitz is in charge of Clare, and Liam Dunne has turned Wexford into a real force.

Taken at first glance, these statistics suggest that the leading counties - in both football and hurling - look no further than their own borders when choosing a manager.

There’s a lot to be said for it. Nobody who is flown in, either in football or hurling, has any real chance (speaking in totality) of achieving the same passion, ethic, and purity of purpose as someone who hails from one of the parishes within the county and eats, thinks, dreams, and desires like the rest of the team. After all, any outside manager, with the best will in the world, will be hard pressed to tap into the minds, hearts, and deepest recesses of the DNA of players, when, as we all know, each county and each parish indeed, has it’s own peculiarities.

The outside manager gets paid.

That’s number one, and there is no getting away from the fact.

Absolutely nothing wrong with a man being paid - it’s an incredibly demanding schedule for anyone to take on - but therein lies the contradiction.

The GAA is an amateur organisation.

It is not comparable to soccer rugby or other sports in this respect.

Year in, year out, it will always remain in full force. More or less.

Yes, occasional fillips of excitement may grip occasional teams here and there, and some of those will come to the final stages of the competition.

Some indeed will win now and again, or at least they did up until now.

But for the past few years, the results speak for themselves.

Study the statistics, for the past ten years.

They do not make a very compelling case for outside managers.

The GAA is changing, moving to new levels of compulsion, commitment, and totally engrossing attitude. Could we be seeing a management revolution?

Nobody should underestimate St Christopher’s

I see in recent reports how St Christopher’s are negotiating and hoping to receive a sympathetic ear from the ears of HSE, and others who control the purse strings.

Nobody should underestimate the grave consequences that would arise, should St Christopher’s - and places like it - fail to acquire the funding necessary to stay afloat. Some would say there should not be any need whatsoever, in all truth, for private funding to be secured in order to keep the ship afloat at any time. Not when we pay county councillors several hundreds of thousands for loss of earnings. That beats all I’ve ever heard of, in terms of justice, fair play, and seemly behaviour.

St Christopher’s does wonderful work, and but for the hard core of willing volunteers in every county, they would be in a bad way.

The one organisation that does something incredibly meaningful, and is a proven success, has also - in addition to looking after the less fortunate among us - to engage in a constant, endless spate of fundraising, collections, and must never relax from its engagement in that vital area, as well as showing true diligence to the main task in hand......taking care of the physically challenged.

We all breeze up and down the Battery Road, week in, week out, without as much as causing it to cross our minds that on that road, lies a symbol of goodness and care. When anyone from St Christopher’s loses his or her job, there’s no golden handshake, or subsistence allowance to alleviate the strain of losing a position. Like everyone else among us, they have to fend for themselves. It’s a strange world, indeed.

I would appeal to people to think of St Christopher’s this winter.

Think of all the great, unheralded work they do. How would so many families manage, without such a service on our doorsteps?

Next time you decide to contribute to a worthy cause, look no further than St Christopher’s.