Mattie Fox: Visit a person living alone and brighten up their Christmas 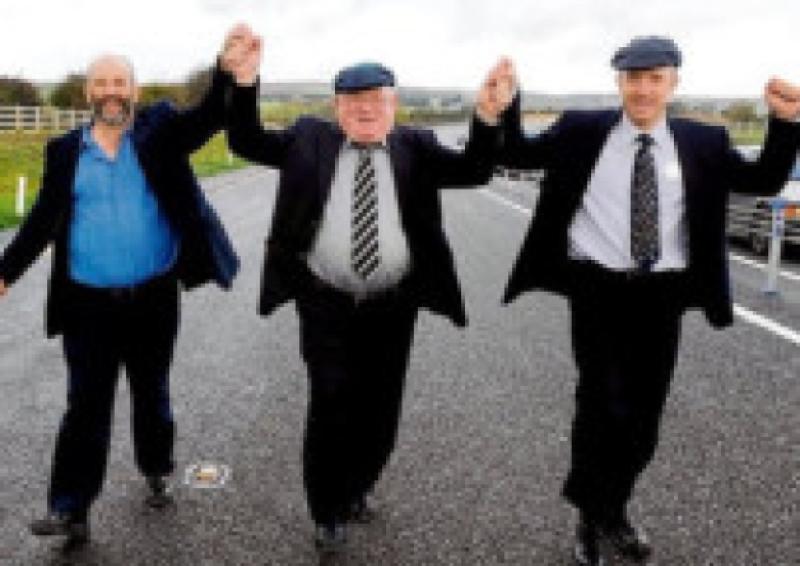 There is something indisputably uplifting about the outbreak of goodwill, warm welcomes from returning friends, general bonhomie, the presents, lights, chocolates, toys, and all the other expressions of the spirit of Christmas that grip the populace around this time.

There is something indisputably uplifting about the outbreak of goodwill, warm welcomes from returning friends, general bonhomie, the presents, lights, chocolates, toys, and all the other expressions of the spirit of Christmas that grip the populace around this time.

It is a warming voice, that floats through the night, and tumbles in around us, feeling good.

Santa comes, a fuss is made about the preparations, and much excited ado is generally prevalent.

It’s that time of year.

We are all awfully busy....

As we move towards Christmas, maybe we’d give a thought to those who live alone.

You won’t have to travel far to find a deserving person; every person who lives alone deserves a visitation.

Every person who lives alone, does without doubt, become lonely.

Of that there is little doubt. Nobody should pretend that someone who lives alone wouldn’t want a friendly face, or wouldn’t be uplifted by their call.

Everyone who lives alone, despite occasional protestations to the contrary, likes nothing better than human contact. Even some who are by nature good humoured and always full of the joys of life whatever it brings, will be pleased to see a caller.

I want to ask you, the reader, a question:

How many times in the past twelve months have you visited someone living alone?

Once a week? Once a month? Once in the past twelve months?....or not at all?

Clearly, it is none of my business, whether or not you visited anyone, I’m merely posing the question.

Some of us become terribly busy, and feel we haven’t time to give anyone.

It’s interesting that as life takes hold, we become preoccupied and indeed stressed, by the sheer demands that arrive from all sides.

But we should take time, to consider whether or not we actually have time to make a visit. It’s our responsibility, I’d contend, to make time.

If someone near you, or in the general area of your living, lives alone, call in and see them.

Don’t wait to be asked. Think of what we do not normally even dream of, and consider how much it might mean to someone.

I spent a lot of my life busy, busy, busy, with no time to call and visit anyone unless they were in hospital. Hadn’t a minute to spare.

Or so I thought.

Suddenly, I thought of how little time I’d ever spent visiting anyone; and decided to make the time.

Now I spend a while every week, visiting someone.

Half an hour does it. Give it some thought. Cheer someone up, it costs nothing.

In Kilgarvan, Co Kerry on Monday, December 8 Jackie Healy-Rae was laid to rest.

He was ill for awhile, without making too much fuss about it, and he finally passed to his eternal reward on Thursday 4.

His passing drew plenty of commentary.

I recall when he did a deal with Bertie Ahern some years back as Fianna Fáil desperately needed another name to copper fasten it’s majority.

Since they’d refused to nominate him for the position, Jackie took his chance.

He met with Bertie Ahern, and did a deal. From the deal he got a huge amount of benefaction for the area of Kerry upon which he depended to get votes.

Truly, in any case, they were part of his heart and his raison d’etre.

Roads were resurfaced, potholes were filled - properly - and many small farmers benefitted too.

At the time, I remember being with a few people who were discussing the deal with one another, and one of them in quite angry tones declared it was parish pump politics.

I drew their attention to the Tony Gregory deal, where Charlie Haughey also needed an independent partner and he did a deal with Gregory. They were suddenly silent.

No answer to that - or at least not a suitably smart one.

The fact is, Jackie Healy-Rae was well entitled to hammer out a decent deal for his constituents, in the same way that Tony Gregory was entitled to do his deal.

In both cases, each knew it was the only way to get anything useful for their respective areas.

Jackie Healy-Rae was a showman and a humorous character.

He worked hard for his people, and they thanked him for it.

He’s the kind of politician who doesn’t feature very much nowadays.

Mind you, it’s ironic that as he dies that the road for independents is opening up.

People of the Year awards

I’ve been to many awards shows over the years, usually ones where artists are given an award for an album, or a concert, or other such ‘accomplishments’.

To tell the plain truth, there’s always an element of one-up-man-ship about them, no matter how well run or well intentioned they are.

Moreover, once Irish TV becomes involved, they usually sink towards the lower end of the credibility spectrum, and end up making one wonder was it all worth the effort?!

Of course it’s worth the effort as these things are primarily an excuse to promote this one or that one, and do no harm at all to the industry concerned in the process.

I ought to know as I’ve benefitted from them many times, and was glad to attend on such occasions.

So I say this with a knowing acceptance that they are what they are, and don’t pretend to be otherwise, and that’s fair enough.

They do no harm as such, and provide a reasonably entertaining night to the viewer, even if ones own mind tells one all the things that could be done so very much better.

But I guess it reflects the attitude of TV towards the ‘do’ - they really don’t take it very seriously, no matter how much the industry is worth. We see the usual suspects lined up and presented as though the whole thing was a great surprise, when in fact the station makes very sure that only ‘stars’ feature, so as to maximise the audience.

Therefore, it was with doubtful mindset I tuned into the People of The Year Awards show recently.

I was pleasantly surprised. For once RTE presented a hugely interesting and engaging show, and the great irony is none of the recipients of the awards ( bar one) were known beyond their own bailiwick. The background stories included were done compassionately, and with a certain care that’s normally not evident on such shows.