Mattie Fox: Frightening that people are dying due to health system failures 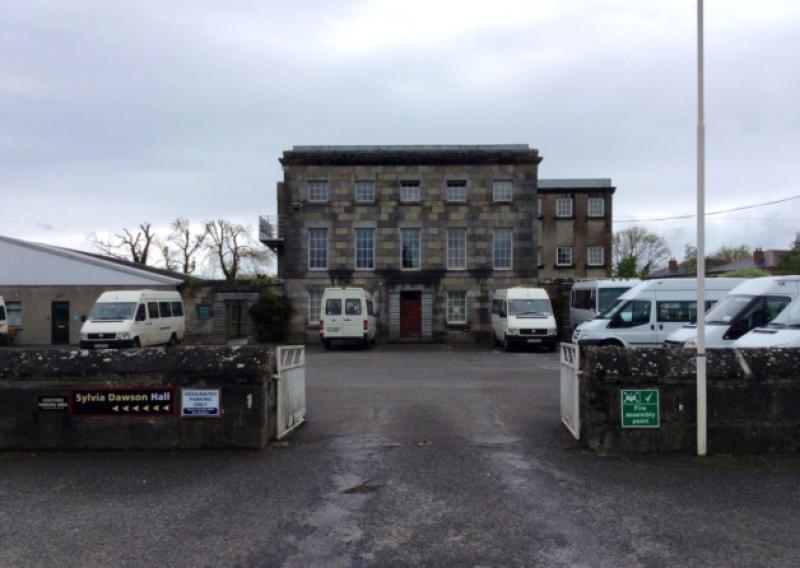 Governments prefer austerity, to plain old cutbacks. Reads better in press releases, is less brutal to the eyes of anyone waiting on a hospital bed, a cancer appointment, a parent whose critically ill child has had a medical card withdrawn, or a family bereaving loss through error.

It would be unheard of after all, in matters of life and death decisions, to suggest, imply or otherwise openly convey that any sovereign government would allow cutbacks on their watch be the causative link to avoidable death, medical hardship, neglect of the nations care, or denial of basic human rights, or duty of care as defined by the World Health Authority.

It is frightening in this year of 2014 that people in Ireland are dying due to health system failures.

Neglect, delay, cutbacks on medical cards for some who are needy, deaths due to failures in duty of care; the unjustifiable list is endless.

Politicians spew out the same old claptrap, whilst the HSE issues yet another grave, if not grovelling public apology. Apology or not, the most recent case of the lady from Louth who was made wait nine months for a cancer diagnosis before she died , is not altered one iota by apologies from HSE.

Sharon McEneaney is dead. Her family are mourning. Her loss is no less painful.

What has happened to Ireland?

During the heady days of nouveau riche developers, tales of excess were legendary.

Many of the now bankrupt developers who followed Bertie Ahern’s advice to ignore the silly economists predicting a crash - not to mention the ordinary person in the street - are effectively penniless in real terms, and we all sympathise with anyone’s misfortune. Yet, sums of €200,000 per year can be found to support their lifestyle while the ordinary taxpayer absorbs these losses. Meanwhile the same taxpayer is being hit for every penny under “austerity”.

Ability to pay gets plenty of lip service, and it’s just that, where the little people are concerned.

When a policy of cutbacks is being imposed it always begins by targeting the weak, the poor, the ones without a voice or any lobby led muscle. Lobbyists cost money. Ask either of the two Franks - Dunlop or Flannery.

The Irish as a nation, take it, accept it, and in every way that matters doff the cap of submission.

Whilst those who are least likely to be silently acquiescent are handled with kid gloves.

In executing this current policy of “austerity”, choice, and prioritisation, plays an enormous part.

By those political choices can we judge where the real priorities lie.

being given to the GAA’s Pairc Uí Caoimh to upgrade the Cork grounds.

€600,000: The amount cut from the HSE budget of St Christopher’s in Longford, this year.

A sports ground in Cork, receives as much money as would allow St Christopher’s do its wonderful work without painful annual cutbacks for another 30 odd years.

That’s a choice that’s been made. Supporting a commercially viable organisation to the tune of thirty million euro, is prioritised by cabinet, while an annually increasing cut of circa €600,000 is slashed from the budget of an institution caring for the intellectually disabled.

The decision to grant €30 million, sanctioned by cabinet, “follows 18 months of engagement between Cork County Board officers and government party figures”. In other words for 18 months the cabinet was lobbied for this generous grant. We should not be unduly surprised. In the same package of decisions €22 million was appropriated for 1916 commemorations.

Connolly and Pearse would be mightily impressed.

Successive Irish Governments have a baffling track record in how they prioritise spending of taxpayers money.

€191 million was granted to the Aviva Stadium for its redevelopment, and almost €140 million to GAA for its Croke Park project, by the previous Fianna Fáil led government.

Surely in any just society, care of the less privileged should come before the granting of taxpayers’ money to support organisations that are already fully functioning, profitable, rich and commercially viable entities in their own right?

The GAA should reinvest some of its wealth by providing better facilities in outdated grounds.

What it should not do however, is lobby with begging bowl for taxpayers money to spend on such projects when citizens rightly deserving of care are suffering cutbacks annually, and left to depend on the efforts of local volunteers to keep St Christopher’s, and places like it, fully operational, and afloat. This is not a just society.

For me, the dominant memory and incident of the Longford Kildare minor game will always be the sight of two young men lying prone on the pitch, following a bone-shaking Kildare-Longford clash.

This incident occurred when Longford were rampant having hit 1-1 in the opening minutes, with growing momentum.

The presence of an ambulance on pitch, with paramedics, mentors, and concerned relatives, is not something teams prepare for, and in this case Longford were more severely affected than Kildare.

When play resumed almost 18 minutes later, the stuffing seemed to have been knocked out of them, and recovery never came for remainder of first half. Every Longfordian in the ground was wondering about Enda Macken.

Whatever was said in dressing room at half-time however, along with good switches, saw a different Longford emerge.

From the restart we saw David McGivney deliver heroic catches, fearless determination, showing glittering flashes of his true potential. Whereas in first half Longford were losing midfield, now they were dominant, playing with purpose, commitment, hunger and authority.

I watched the game with two former inter-county players. We all agreed it was a great game, won in the end by the strongest team on the day.

A key factor was the absence of Rian Brady. Also, throughout the game it was evident Dessie Reynolds’ injury was seriously hampering his agility, despite his determination.

It was a tough defeat to take for a brave, fighting, and talented Longford side. Nonetheless, all things considered, if we really want to achieve what is possible we should have an honest review of how we do things with minors.

This was only Kildare’s 6th minor match this year.

Whereas, it was Longford’s 16th.

Maybe that workload had more bearing on the 1st half display than we’d like to admit.

Well done to players, management, and parents who gave and committed so much in 2014.