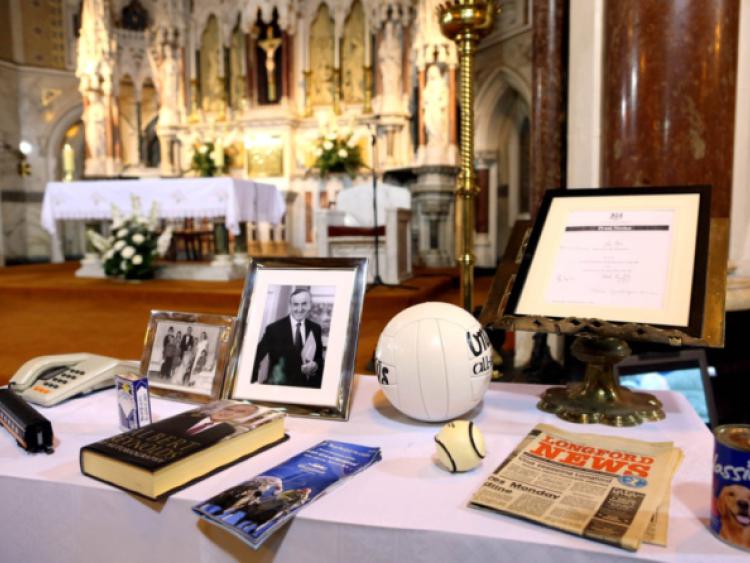 Much has been written, and reported on the passing of Albert Reynolds.

Much has been written, and reported on the passing of Albert Reynolds.

He was a brusque, impatient man in a hurry. He got things done, and when he couldn’t get them done any more, he stepped down. No doubt, some of the mechanics of engagement employed in his actions would not wear well now, and would be subjected to all sorts of enquiries, claims and allegations. I couldn’t help smile to see people like Dick Spring happily grace the funeral party, when in reality, he had nothing whatever in common with Mr Reynolds.

It’s funny, how as Philip Reynolds remarked, and his sister Miriam during the funeral service........we manage to encompass all sorts of wonderful things to say about the dead, when the opposite was the case in life.

I guess Albert didn’t care too much, when he had time to reflect on it all.

Initially he would have felt sidelined. Thankfully, he lived to see history set the record straight, and make what is substantive, really matter.

He lived as he lived, and in that he was consistent. Absolutely so, without deviation from the purpose of the moment in any given pursuit. When Albert took it in his head to go after something, he took few prisoners and brushed all tiptoeing niceties aside.

He was a man of the people, and never threw away his wardrobe or compromised in any way, or was beholden to anything except his family. He was sincere in his pursuits.

His wife Kathleen, was extremely dignified in her mourning, and carried her grief with style and propriety. Nothing was overdone, but everything was well done.

She is an example to us all. As also were her family.

Albert Reynolds was one of a kind. It was nice to know him.

After all he did for peace, now, finally it’s his turn.

May he, rest in peace.

The All-Ireland football final participants are decided, and the hurling. The usual non-stop round of media coverage speaks excitedly about this, that, and the other. The most banal commentary imaginable is given headlines, the latest unwitting comment by any of the hopefuls is expanded and developed to the point where any offhanded comment becomes a story. By now, we know who’s meeting who.

This year, I haven’t seen much of the championship activity live. Saw the All-Ireland series on TV, and without much imagination, it was easy to conclude the final 5 or 6.

The strong get stronger, the weak get ever weaker. And predictably fall short.

In our own county, it will be interesting to see who the two opposing teams come down to.

The club championship final day contestants are meandering along, inexorably towards the final day when, hopefully, some frisson of excitement grips the county - or at least the ones directly involved. From what I’ve seen thus far, there’s no great compelling reason to become anything like excited. On the contrary, what I’ve witnessed so far was poor fare, dour, slow, passionless, and totally bereft of any real spark.

On Saturday week last, I watched Colmcille and Dromard play in front of circa 700 or so people. The bulk of the crowd comprised supporters from the two participating clubs, and one was struck by the complete absence of any real, true manly talent on either side.

The mos t mentally demanding moments were the team announcements when the mind-boggling substitutions, replacements, and general sloppy presentation beggared belief. Why on earth should the powers that be give out programmes, when in reality, such items are meaningless? For some reason teams continue to believe that the more switches and sudden last minute changes are contained the more confusing this will be for the opposition. Sadly, the reality is quite different. It is not the fault of the administrators, they do what they can to be as accurate as possible. But it really is a farce.

The game opened with a robust tackle on one of the Colmcille attackers, by one of the Dromard attackers. Amazingly, the referee never batted an eyelid, or affected any much urgency whatsoever, and allowed the perpetrator off scott free. Astonishing. I was shocked, and looking at those in my company - everyone was stunned. Three people in the gathering thought the tackle merited a red card. It did not bode well.

Rarely has one been treated to such a negative spectacle, and watching, it was easy to figure why so few people bother to attend any more.

The game started slowly, and stayed at the same laborious, unexciting, tired pace. For a neutral observer, it was a truly boring spectacle. The lack of spark, fire, or passion, made one wonder about it all, or where the game is going.

Take Ross McInerney - who scored 1-6 in all, five points from frees - out of the picture, and Ronan McIntyre at midfield, plus the McKeons, - and we saw very few with any real bite, or raw talent on view.

On Sunday we had another disappointing spectacle, when Killoe out ran and outplayed Slashers by a country mile. But for wayward shooting, and a fortuitous goal by Slashers, it could have been long over by half time. The nonchalance of some players here, was astounding. I’ve often seen more excitement at a division three game, where some element of pride in the outcome was evident. Another off day I guess....

I was intrigued to see RTE following so forensically the forecasts in various regions all through the summer. Riveting information, without a doubt.

One evening in particular I was taken by the appalling weather in the orient.

Was disappointed to hear it was raining very heavily on the coming Friday, in China.

On the other hand, was very relieved to see good weather forecast for Madagascar, if it holds up I thought we might tip down there for an afternoon. There wasn’t a mention of what might lie in wait for us in specific parts of Ireland, but sure much more relevant and important to cover properly what’s happening in China, Mexico, Kuala Lumpur, and places like that. Yes indeed, we have become true wearers of the garb of international belonging.