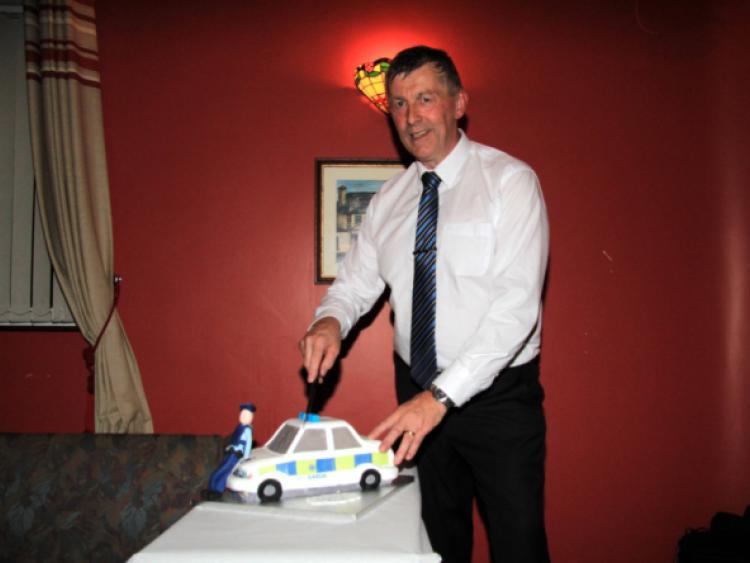 One Christmas Day long ago, as a child growing up in a small but happy household where I never, not even once, saw or heard a raised voice between my parents, I was shocked to see my mother come into the kitchen crying, still dressed in her Sunday best, mass clothes.

One Christmas Day long ago, as a child growing up in a small but happy household where I never, not even once, saw or heard a raised voice between my parents, I was shocked to see my mother come into the kitchen crying, still dressed in her Sunday best, mass clothes.

It was the only occasion I witnessed physical affection between Mammy and Daddy (that wasn’t done back then), as he put down the paper and earnestly held her shoulders, while speaking with fervent, tearful, forgiving distress.

Telling her not to be blaming herself.

Her purse had been stolen from the seat at mass when she went to communion.

A few hours later, the then local Garda, Sergeant Doddy, came to the house, even though it was Christmas Day, and he had reassuring news. Whatever he had to say - such grownup conversations were always private - worked wonders. Christmas had suddenly been rescued. The respected and trusted Sgt Doddy had lived up to his local reputation. I will never forget the elated relief that spread over Mam’s face - just because the local guard cared enough to call in to console her and offer kindness.

Back then, rural community preservation was not dictated by cost alone.

That we have lived to see the last ever local Sergeant, Frank Reynolds, retire - he was posted to Smear since Ballinalee station closed for the last time - is not merely a cause for melancholy thought and reflection.

Far more worryingly, indeed frightening, is the extent to which social interaction between the people and the state is being deliberately diluted more and more every year.

When Frank Reynolds came to Ballinalee, as with all new entrants to a community, we wondered how we’d “get on” with him. Little did we realise the extent to which we were being blessed with the presence of a man amongst the community who brought new levels of interaction to every aspect of parish life.

Sergeant Reynolds, quickly became “Frank”. Yet, in daily life and professional conduct he epitomised that rare dichotomy achieved only by very special people, whereby universal friendship and warmth never compromised or diluted his absolute, respected authority among the community or within the parish.

Many’s the problem was solved quietly, without fuss or notice. Many’s the family was made happier through the tireless attention of Sergeant Reynolds, and many’s the bould brat was made less bould, without any public attrition or cost to courts.

I have no doubt the day will come when the loss of localised police intelligence, input and influence will in retrospect be seen as having been a major infrastructural catastrophe.

Ballinalee, and the surrounding areas, will sorely miss Frank Reynolds. We will not see his likes again.

The Rehab of Frank

Bill O’Herlihy, in the course of a recent RTE interview, took the opportunity to defend his colleague Frank Flannery, by vigorously expressing the view that Frank was being unfairly treated in respect of his various public activities, Rehab etc.

Around this time, the Public Accounts Committee were seeking the right to compel Mr Flannery and Angela Kerins to appear and face questions they had refused to answer. The matter was brought before the Committee on Procedures and Privileges where the proposal was denied. It was adjudged that Mr Flannery or Ms Kerins should not be compelled to answer questions in respect of their conduct.

Obviously the fact that the Government parties have a majority on the Committee is purely coincidental.

Yet, it makes one wonder about how such strange decisions are informed.

Frank Flannery is a master strategist, with an extraordinary mind, and indeed a nice fellow.

Arguably, without him guiding the ship in recent years, Fine Gael would not now be in government. Whatever payments he received for his political skills and strategic expertise, he was worth every penny - and more. His abilities in that area are exceptional.

Methinks his rehabilitation in the public consciousness has just begun, across a range of areas.

In the same recent period, Stephen Donnelly, a politician of principled beliefs, resigned from the Banking Inquiry Committee because Taoiseach Enda Kenny had openly declared in the Dáil that the committee elected would have to be changed as the Government did not have a majority, and would not be able to set the terms of reference as he wanted without representative majority.

Later as we all know, the Taoiseach back peddled to declare that the Banking Inquiry Committee would be “free” to vote according to individual conscience. Does anyone believe this will make any real difference?

Stephen Donnelly, in a very public reply to Enda Kenny’s appeal that he return to the Committee, had already said he would do so if the original, legally instituted grouping was reinstated.

If the Taoiseach wanted to truly illustrate the voting freedom of the committee, that would have happened.

After all, people who don’t attend for important Senate decisions don’t have a vote. That’s the law.

It is clear what Donnelly feels about the independence of the altered committee.

Representatives for whom the lure of committee comes second to upholding personal principle and integrity.

What’s the betting that by the time the banking inquiry is finished it will have descended further into farce?

If that’s not already rendered impossible.

Soon be doin’ with a drop

It’s been a full week of dry weather now, and not once, has anyone whinged that “we’d be doin’ with a drop o’ rain”.

It’s an unfailing old reliable, as soon as we have a few dry days the murmurings and comments usually begin “soon be doin’ with a drop”.....

On the broader subject of water and supplies of, am I the only one who is forever baffled by the complete absence of man-made reservoirs on farms, industrial sites, and indeed houses?

In a country where billions of barrels of water fall unceasingly from the heavens for what feels like 70% of the time, it seems laughable beyond belief that we expect water to be provided free of charge through millions of miles of long leaking, unmaintained pipes, routed all over the country in all sorts of schemes, systems, ground pumps, wells, and other contraptions while rainwater from is allowed seep straight back into the ground, and rain all over the country’s towns and cities is funnelled back into the same earth from whence it once came in the first place!

We seem to forget that there’s plenty of water falling all around us to do every family who live on this earth, if only we weren’t too lazy to collect it.

Meanwhile we’ll be perfectly happy to pay for it on the basis that there’s no alternative!

Can you imagine paying for air?