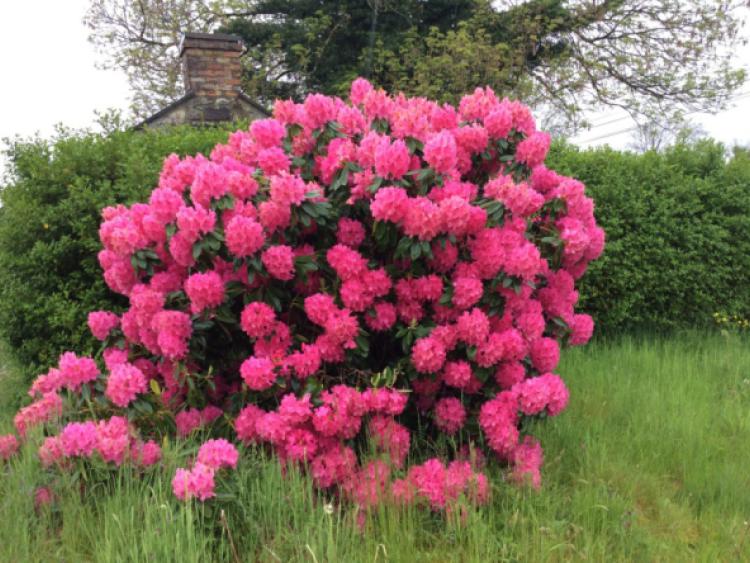 How many Longford people are aware that quite regularly, there is no ambulance available locally in the event someone in the area is taken seriously ill?

How many Longford people are aware that quite regularly, there is no ambulance available locally in the event someone in the area is taken seriously ill?

When two young men clashed horribly in a recent GAA game in Longford, we all watched with hearts in mouths, as one ambulance appeared on the pitch.

This was the only ambulance available from Longford’s two ambulance quota, the other one having been despatched to Sligo.

A message from someone at the scene said the Ambulance Control Centre had advised that the second ambulance was “4 minutes away”.

Meanwhile attention was being given to the Longford player by paramedics present, as he seemed worst off, and was, apparently, unconscious.

Another party called enquiring regarding the second ambulance almost 15 minutes later, to be told that the ambulance was en route from Sligo. The four minutes, suddenly became a distant memory.

At this point, the young Kildare player, still lying on the cold damp pitch, was lifted onto a stretcher and moved to the dressing room.

Anyone who has ever togged out in GAA dressing rooms will confirm that in the vast majority, with the exception perhaps of Croke Park, these are grimly basic surroundings in which to locate anyone - even for changing purposes!

Yet, this young player, with his parents fretting, was left lying in this cold concrete shell for an hour, while an ambulance journeyed from Sligo.

In this modern world of material abundance, where hundreds of thousands are prioritised as must-have necessities on government advisors, and PR consultants, we do not see the maintenance of a properly funded ambulance service as a priority.

When an ambulance takes a patient to Mullingar, that ambulance can be told by the person in charge to go to Portlaoise if Mullingar is deemed full. This actually happened quite recently.

If the one ambulance in Longford on any given night was to travel on to Portlaoise from Mullingar, that would effectively leave Longford County without ambulance service for six hours.

This is the reality of the ambulance service as provided in provincial Ireland, 2014.

If the young Kildare player knocked out in Pearse Park had suffered a heart attack there was no second ambulance available in Longford town on a Saturday, the most high risk day of the weekend. It is the legal responsibility of the public services and those in charge of public events, to ensure that the services available are commensurate with crowd expectations.

For over an hour he was left lying in an unheated dressing room.

When he finally got to hospital, the medics in charge wanted to release him home that Saturday evening. His parents however, confronted the hospital, insisting that he be kept overnight for a scan. It was Monday, two days later, before he finally had the scan.

Parents with less forceful attitude, might have accepted the hospitals first instinct, which was to get him out of there and free up the service capacity so bed numbers could be maintained and avoid any encroachment on preservation of the all-important ‘budgetary management controls’.

You see, ordinary people need to understand and realise that budgetary management controls are regarded by Ireland’s Health Service Executive as sacrosanct.

Yet, we all know errors occur. We have had resultant deaths in our hospitals.

Inevitably however, human nature being inclined towards the simplistic explanation instead of the conveniently complex blur of economic jargon, it is hard not to feel the hours being worked by junior doctors are causing high risk practices.

It is a fact that our own doctors, nurses, and consultants privately express fear of what’s coming down the tracks.

Every business and event in the country is pursued, rightly, to obey health and safety laws.

Someone from the innocent, shy, tentative, blush-filled days of school days through imminent adulthood, departed this world in recent months.

He exuded an easy confidence, striking good looks, the inescapable yet unpretentious air of a naturally cultured man. We formed a strangely unspoken and long lasting friendship, it was later in life before we ever engaged in fantastic, real conversation.

He stood out in a crowd, was a dashing sportsman, and in any social gathering could effortlessly charm every female in the room.

His take on the world and its ways, the tribulations of life and the ever increasing decline in standards, style, and honesty were topics on which he could wax eloquently with captivating certainty, for as long as one’s mental energy could last. I was very fond of him.

He’d recognise himself, I’m sure, if he could read this.

I will always remember him as a uniquely special man. He was encumbered with a weighty complexed mind that periodically caught the darkness in the same way so many others of unusual brain systems can occasionally find the sun blotted out, and the sky cloudily confused.

It is incumbent on me to representatively record his passing.

May you rest in peace, my friend.

When early summer is filled with days of rain, cloud, and soggy clay, it’s hard to keep the faith and stop oneself from fretting that there will be no gardening to enjoy this year. Thus far, the earth of 2014 has remained cold, wet and unwelcoming, if viewed from a gardener’s perspective.

The earth is never, of course, unwelcoming, but the selfish what-about-me mentality kicks in when we don’t get what we want, when we want it!

I walked to the road last week on one of the few warm sunny days, to gaze up close in melancholy at the magnificent rhododendron that unfailingly blazes with glorious abundance, every year .

For as long as I can recall, it’s been a roadside adornment to nurture senses and catch the eye.

As a child, even when the same spot was overgrown, a few sprouts always managed to peep through and show a spattering of beckoning colour as though to promise better times ahead.

Fate, timelines, or the hand of God - perhaps all three - conspired to inspire the clearing around the shrub, and now it grows freely, as if to declare that we should never presume to predict either the demise or continuance of anything in life.

Annually, the splendid display serves to remind that every growth is a re growth.

The photo was taken on a dark day of rain but cloudy days diminish neither memory or beauty.