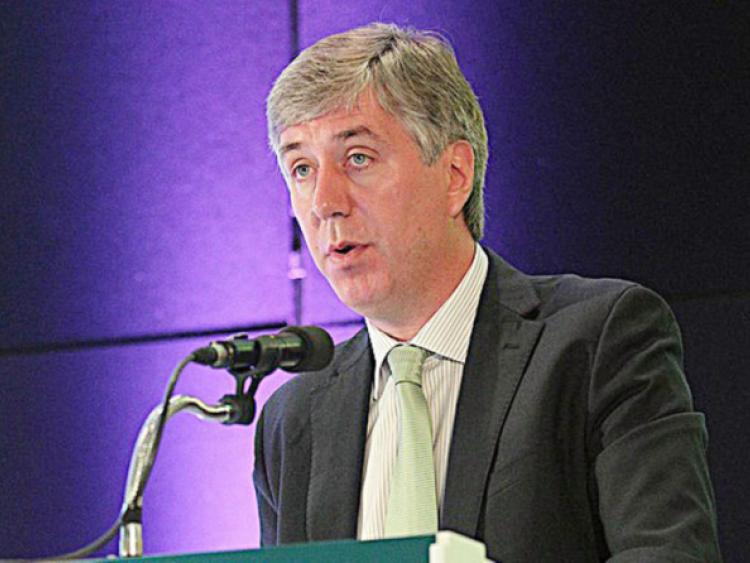 I turned on Joe Duffy on Tuesday to find him in animated discussion and I didnâ€™t know what on earth was up. I listened a few minutes and relaxed; it was merely Joe, as is his wont, getting exercised in a totally excessive way, about a relatively small item.

Still, he managed to make a story of it.

I wondered afterwards if heâ€™d been completely serious, and decided that he was, sadly.

Joe of course can be regressive and repressive at once, and not even bat an eyelid while doing so; but itâ€™s not his fault. Indeed his show is a beacon in itâ€™s singularity, causing deep change in society.

But, weâ€™ve become a nation of apologists.

The story of the day concerned a song sung by John Delaney (CEO of FAI) and recorded on a camera by some busybody or other, and run online for the world to see.

Delaney sang a song, a well known song, and saw no harm in it. No more than most normal people would, particularly if the singer is of Irish descent.

John is an Irishman, was out having a few drinks, and perhaps was more excited than he should have been, but so be it. Itâ€™s no harm to get excited... So what?

The content of the song conjures the thoughts of Joe McDonnell, one of the hunger strikers, as Derek Warfield perceived he might have thought, as he considered his impending death.

Derek Warfield who wrote the song was on to the (Joe Duffy) show, and pointed out that to be getting worked up about a song being sung in public was, well, a rather self flagellating exercise and he couldnâ€™t understand what all the fuss was about.

Others came on the show and made great attempts to browbeat Derek into conceding that the singing of such a song was terrible, or awful, or even at least mildly offensive, but Derek Warfield was having none of it.

Joe Duffy gave his own opinion in no uncertain terms and similarly attempted to get an apologetic tone from the writer.

For once, thankfully, the media outrage made little ground against a very articulate and erudite man who remained calm - though incredulous - throughout, for as long as I remained listening.

Itâ€™s a story of war, the deceit, regret, but most of all the dying.

To have people - led by the Irish Times that morning - expressing outrage against something that in itself should have seemed innocuous, and scarcely meriting a second mention if we were more assured, self-confident, and content in our skins as a people. But weâ€™re not, and thatâ€™s the problem.

We spend endless conversation, acres of media space, and boundless opinion pieces teasing out the intricacies of every small piece of history, every time something like this crops up.

I thank the Lord for the common sense of the British, who, unlike ourselves, are entirely content and comfortable to wear a poppy, or sing a song such as, for instance - The Sash Me Father Wore - without apology or any tendency to explain away its contextual relevance.

Goodness knows, if we have to explain the contextual relevance of every song thatâ€™s sung, or every moment spent recalling the exploits of the past - good and bad - weâ€™re done for.

Itâ€™s sad to hear grown men, who should know better, whinging and feeling outraged by any hint of patriotism.

We can become so sanitised that we lose all sense of character, or individuality; or we can grow up and remember that the actions of the past, are part of what we are.

The reality of homelessness

He shuffles along, quietly eyeing up spaces. The place he slept last night was, unusually, already taken.

He felt like going over and telling the guy, and pointing out heâ€™d had that spot for the past few months.

Then he noted that the new guy was nobody heâ€™d seen before. A new arrival.

Later, when heâ€™s in better time, heâ€™ll reclaim the spot.

â€œJust as wellâ€, he thought, â€œno point in making a nuisance of myself, Iâ€™ve been here long enough to know the good spotsâ€.

He moved on, further up Dame Street, and came to the doorway of the newsagents. A safe place to lie, not too far out of town, and yet not in the main thoroughfare. Close to the food station.

The doorway was well recessed, far enough in to be safe from any rain, and good shelter. The night wasnâ€™t bad, a bit chilly, but not as poorly as recent nights.

He pulled the bundle of blankets from the batch under his arm, and started to lay out the beginnings of a bed for the night. Two blankets, then two more to cover him up.

That along with the heavy coat he had on should do grand. For tonight anyway.

He was one of the lucky ones - at least he had a few blankets. As long as he could hold on to them, heâ€™d be in good shape to withstand the winter. But itâ€™s easy to lose them.....

He thought of the endless times heâ€™d spent looking for the right place to stay, and, amused at his own ingenuity and the fact that heâ€™d learned through his own mistakes.

He pulled the blankets around him, and settled down for the night.

Tomorrow is another day.

These are the homeless people; more than ever they occupy our streets in heavy numbers every night.

Itâ€™s an increasingly acute problem. Worse than ever before.

Recently, when watching CNN and a report on the dreadful weather on the eastern seaboard in the USA, I recalled the terrible storms that occurred in places further north of New York, such as Buffalo. I remembered once being in Buffalo and the snow, overnight, fell sixteen inches deep. In other places in the world that would be a source of immediate closedown, but not there.

In Buffalo, as in most places in USA, they are prepared for the worst excesses of weather and no sooner has snow hit, than they roll out the snow ploughs and effect a clearance in record time. Generally, they go out early in the morning and by the time the natives are ready to move, all is sufficiently clear for travel.

Thatâ€™s America, operating as it does in matter-of-fact fashion. One foot of snow is a mere inconvenience.

Whereas on this side of the world several inches of snow would virtually knock all the stuffing out of everyday happenings and the world would grind to an immediate standstill.

Letâ€™s hope we escape the worst characteristics in the next month or so.