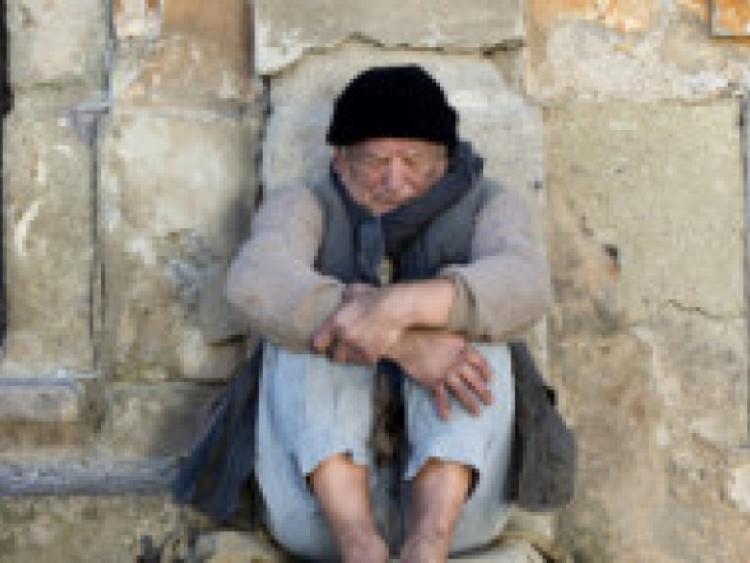 I got off the train in Paddington, and walked to hail a taxi on Praed Street. Right outside the Hilton Hotel I saw him. Sitting huddled on the ground, back to the wall, up to his chest, arms wrapped around his shins. The wide eyed frightened look of the hunted etched across his face.

I got off the train in Paddington, and walked to hail a taxi on Praed Street. Right outside the Hilton Hotel I saw him. Sitting huddled on the ground, back to the wall, up to his chest, arms wrapped around his shins. The wide eyed frightened look of the hunted etched across his face.

Even through a week’s growth of beard, and the bony face a mere shadow of how he once looked, as I recognised him. Peculiarly ashamed, I turned away from the kerb, desperately trying to avoid him until I gathered my thoughts. I stepped up on the plinth at the front door of the Hilton and peered up the sidewalk. He hadn’t moved.

Pulling my thoughts, and my very being together, I moved back along the footpath. As I came closer he looked up. A stranger. Not a face from the past after all. Strange how in a fleeting moment some memory flashback can be triggered by a trick of the light. He was nobody that I knew.

Just another lonely homeless man out of the hundreds, nay thousands, shivering amidst the hurrying bustle of the seemingly busy all across London every evening of every week, of every year.

Men with smart briefcases, women with designer handbags, all dressed in expensive and well tailored clothing. Each one wearing the look of serious intent and composed self-certainty that comes with security and what we define as success. I watched the mass of people rushing past in each direction, for fifteen minutes, before I too, another busy, had to move on.

Occasionally, a sympathetic passerby would own up to seeing him, and drop an offering onto the small patchy bag beside him. The vast majority however, swept past as though he was an insect or wounded animal cluttering up the walkway. Come to think of it, knowing the English as one does, a wounded animal would suffer no such disregard. Animal Welfare officers would be called, and the SPCA. Indeed, it is quite likely a photograph of the neglected animal would be carried in one of the London papers.

Like everywhere else, the number of people sleeping rough in London has risen. Last year, 6,437 were counted and confirmed to be “living” on the streets, day and night, all across London. An increase of 13% on 2012.

London and Longford have plenty in common. In neither place do the housed community - me included - care enough, to actively address the situation.

Why do I say this with such categoric definition? Because I know it to be true.

If we cared enough, it would be regular front page news.

If we cared enough we’d be bombarded, annoyed, reminded, embarrassed and otherwise confronted every day by volunteers, and by our own consciousness, to the extent that the homeless would become a prioritised item in our hearts.

If enough hearts were truly torn by the sight of homeless on our streets and alleyways, we’d simply not let up until more action was taken.

A while ago I looked up figures hence those quoted here.

Writing this commentary, has brought at least one tear to my eye.

The challenge for me here, is what will I try to do about it?

Seeing someone on a London sidewalk I thought I knew, but didn’t, stopped me in my tracks last week.

And caused me finally write something that’s long overdue.

We are all culpable of leaving the care of the homeless to someone else.

Charity begins at home. Let’s all have some. Every little helps.

The combined population of counties Longford, Cavan, Leitrim and Roscommon according to the census is 194,000.

If, from that number, a mean average contribution of €3 per head of population was achieved by the better off paying €10 or more and others as little as €1, an extra €582,000 could be available to help the homeless in the four counties.

Sorry seems to be the hardest word

Good, decent, highly moral and intelligent people should never automatically be perceived as infallible in matters of justice. We’re all born into the moral compass of our familial surroundings.

From first breath, we are subconsciously absorbing the current vogues, beliefs and societal standards of the day as have evolved into being at the time of our birth.

The shaping of the individual moral compass begins from then, and undergoes continual reshaping, revision, and reformation to varying degrees from that moment until our eventual finality.

The extremely well educated are not necessarily any more reliable in matters of moral or legal judgement than the so-called ‘uneducated’ or anyone else. They may indeed be better informed, and have more rounded powers of reasoning, though information in itself has limited beneficial effect on the brainless.

Education, after all, merely bestows knowledge; it does not bestow brains.

None of us can escape the inherited structures of hereditary thought.

All that said, it should be reasonable to expect people of worldly experience in any walk of life to learn along the way that we can all be wrong. Sometimes we can all foolishly assert mere opinion as fact just because we want to forcibly instil a point of view or kill off an opposing argument.

Usually, one only does that once, or twice at worst, before realising that simple truth, and the expression of, is vital to self-worth.

Consequently, most intelligent self-secure people, especially those charged with positions of responsibility, will quickly withdraw an unfair remark and apologise. A sincere honest apology reassures those we deal with, and reinstates their confidence in our behavioural reliability.

Conversely, one invariably thinks more highly of the person who is self-secure enough to say the simple words “I was wrong; I’m sorry.”

Ireland currently has a raging controversy further blighting the already discredited moral landscape of politics. The sadly predictable refusal of both Justice Minister and Garda Commissioner to apologise to the misrepresented whistleblowers, confounds. Confidence in either man is now, largely nonexistent in the city of power.

Public confidence in either man would be appropriately resurrected if only the seemingly outlawed concept of apology was humbly embraced.

Goes to show that no amount of education, intelligence, or experience can bestow the simple ability to say “sorry”.

The heart must feel so inclined.