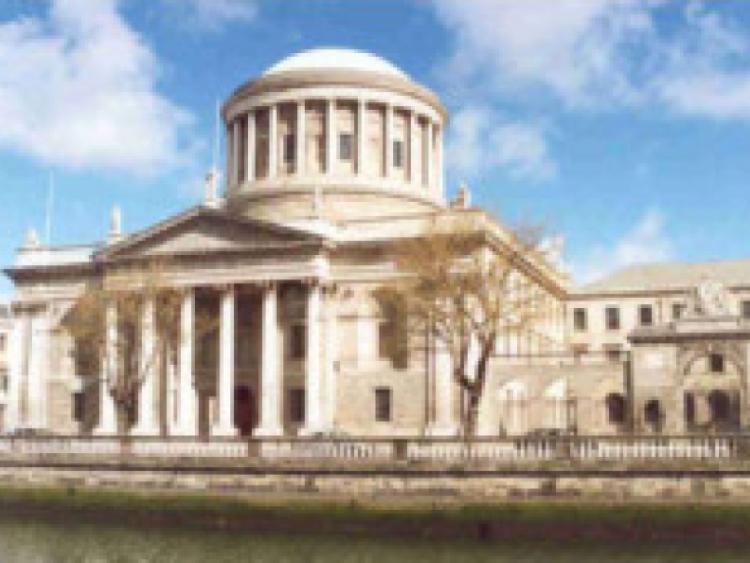 The mother, aged in her mid-twenties and already the mother of two young children, presented to her local hospital on November 27 2013.

The mother, aged in her mid-twenties and already the mother of two young children, presented to her local hospital on November 27 2013.

She complained of severe headache and vomiting.

She lost her balance and took a fall in the bathroom only two days later, on November 29th. At 10pm that night, she took a “severe turn” and was “incoherent with pain”.

About midnight she was taken from the hospital and transferred to the hospital in Dublin where, the neurosurgeon who attended her believed “she was probably already gone by the time she arrived”. She was officially declared clinically dead at 5.40 am on the morning of December 3rd.

Her distraught family, who had by this stage resigned themselves to the impending death of their daughter were already in the early stages of grieving when the word came that the hospital had to keep the body ventilated until they had established the legal position, because the clinicians couldn’t “figure out the eighth amendment”.

Isn’t it incredible that at this point in the process, the father of the woman who was now clinically dead, learned that his daughter was being kept clinically alive so as to protect the foetus which might still be subject to legal restraint??

In the absence of absolute certainty the medics were subject to the rigours of the law, and could not, in safety suspend the life support now being applied, under that law.

Would anyone, in a reasonable state of mind, believe this if it weren’t true beyond doubt?

Nothing could be done, and meanwhile the clock was ticking. December dragged along and nothing happened.

Finally, in desperation the father of the woman at the centre of this horrid, awful case was forced to take it upon himself to initiate court proceedings and the case was called for Christmas Eve.

While the world was busy shopping and preparing for Christmas, this family had to go through the pain of hearing the gory details of the case.

Still not sure if their efforts would be in vain, or not.

One of the solicitors representing the foetus, asserted that the Irish language version of the state bill, most readily known as the eighth amendment, had a slightly different meaning in its articulated expression, than the English version!

This is the level to which we as a country have descended in our obsession with protecting, beyond the bounds of decency perhaps, the unborn.

Already the dead woman’s body had inflated, her stomach was swelled up and showed coloured stripes of purple and blue, and the rotting flesh could be identified, Dr Frances Colreavy, an intensive care consultant, explained.

There was a tube through the patient’s nose delivering nutrition, her temperature had risen to 38.5 degrees, and at this stage the foetus’s could be 40 degrees.

Pressure sores were becoming a real problem. She was being given antibiotics for MRSA and other toxic medicines not licensed for pregnant women.

A surgical scar on her head was open, and when Dr Colreavy looked into it fungus was growing from it and gazing into the open wound she could see the rotting flesh within.

The eyes were swollen far beyond normality, and the overall appearance was grotesque.

The horror and imagery that became public during the trial of rights with which we were presented, seems at best, truly sad.

There’s much more, but sensibility causes me to spare the reader.

When will we make an honest effort to have a reasonable debate on the unborn, right to life, and the dignity of the people at the heart of such distressing cases?

Taking one penny from the pensions of the elderly who have long ago earned their right to solvency, would save the state enough money to save 19.7 million ......

A reduction of €8.50, pp, in the pension, which would save the exchequer would “only” offset the full cost of pension payments for one year.

Joan Burton gave a carefully and cautiously structured commentary when she assured all who were listening that the “payment of the pension would not be touched” etc..

She did not make any such assurances in respect of heating, electricity, phones, and such like. That, was telling.

Joan has become amazingly circumspect in her undertakings, all of a sudden.

I wondered how much would be saved for starters, by say, a tenner from each of the sitting TDs, Taoiseach, Ministers, and other government high fliers, once a month?

I didn’t notice any such estimate being presented. Wouldn’t do to consider such a thing.

It is disgusting to read the cold and matter of fact manner in which a report - unearthed by The Irish Times under the Freedom of Information - is presented by the highly paid civil servants and discussed at government level.

The pensioners are a particularly peculiar breed of voter. Theirs is not the reactionary view of other sections of society, and generally, the pensioner is quite stoic and accepting of anything that feels right.

But when the pensioner feels their income is being threatened and becomes angry, the government needs to look out.

It would take a very subservient and placid force to accept the levy of one single penny on the pensioners payments, and on any derogation of their rights to receive electricity, phones, or other such subsidies.

I know, I know, nobody has mentioned such reductions as yet.

That’s the very point. Once a politician becomes very careful and tip toes through the subtlety of language to make an assertion, one must always assume that further measures may well apply.

Some years back, several of my local football colleagues took the decision to emigrate as the onslaught of austerity took its toll.

A total of around 11 first team players took the plane to Australia and a few other places.

Some happened to move to other locations, including one who transferred back to his own club, and another who finally gave up the ghost of all the travelling every weekend and sometimes during the week.

It’s hard for someone who is not involved to credit the monumental effort and sustained commitment given by those whose work takes them away from home.

Nobody who goes to a match on a Sunday ever drives from Dublin, or Cork, or Tipperary during the week, to training.

Although the signs of recovery are well advertised, the fact is, recovery is a long way for most.

However, as of now we have two players home to stay, and another came home to be married last week.