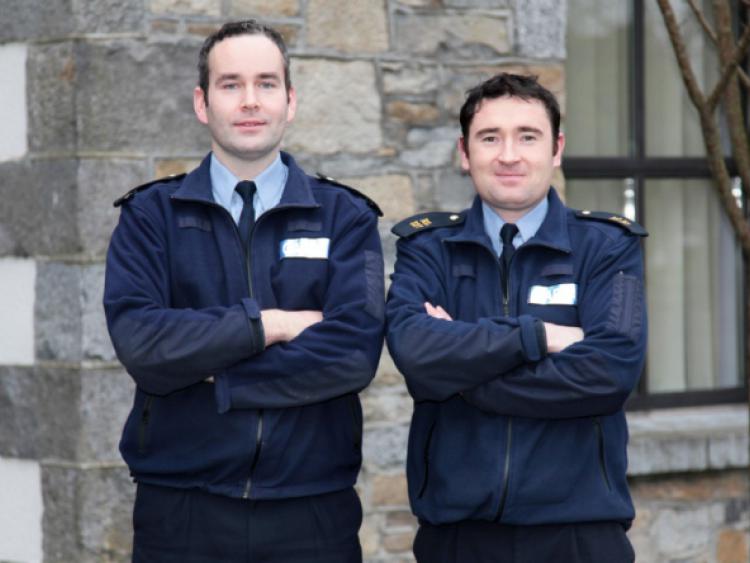 Two local gardaí have been hailed as heroes after they rescued two men from a burning house in Longford town last weekend.

Two local gardaí have been hailed as heroes after they rescued two men from a burning house in Longford town last weekend.

Garda Brian Carroll and Garda Shame O’Connor were on duty at Longford Garda Station on January 10 when they received a call about a fire at a house in Teffia Park.

The gardaí made their way to the area and because the fire brigade had not yet arrived, they entered the house which was by then thick with smoke.

“The neighbours told us when we arrived that the house was split into two apartments; there was smoke coming out the door, so we broke the door down and went upstairs,” Garda O’Connor said. “We found a man unconscious o n a couch and we tried to wake him, but he did not respond.”

Despite the thickness of the smoke, the gardaí carried the man to safety and placed him on the ground outside in the recovery position.

The neighbours in Teffia Park were by then out in their droves determined to assist in any way they could. They provided the gardaí with wet tea towels so they could re enter the house, while the neighbours took care of the man on the ground.

“He eventually came around, and while he was very disoriented, the ambulance arrived and he received medical assistance at the scene,” said Garda Carroll.

“The neighbours took care of him while we went back into the house with the wet cloths over our faces because the smoke was very bad at this stage. We found another man in the downstairs flat and we brought him to safety. At that stage the smoke was starting to get the better of us but we got there. The neighbours were a great help to us and when we went back into the house they took care of the injured man.”

By then the ambulance had arrived and personnel were administering medical care to those involved. The fire was later brought under control and no one required hospital care. So, thanks to the bravery of the gardaí, everything worked out well in the end. “We really couldn’t have done all we did without the help of the neighbours and we really appreciate everything they did,” added Garda O’Connor. “They were so good and so helpful.”

Gardaí have since confirmed that an electrical appliance which was left on caused the fire on the night, and both men caught in the blaze have made a full recovery. A number of people were also evacuated from their houses for health and safety reasons on the night, and they too have now returned home.