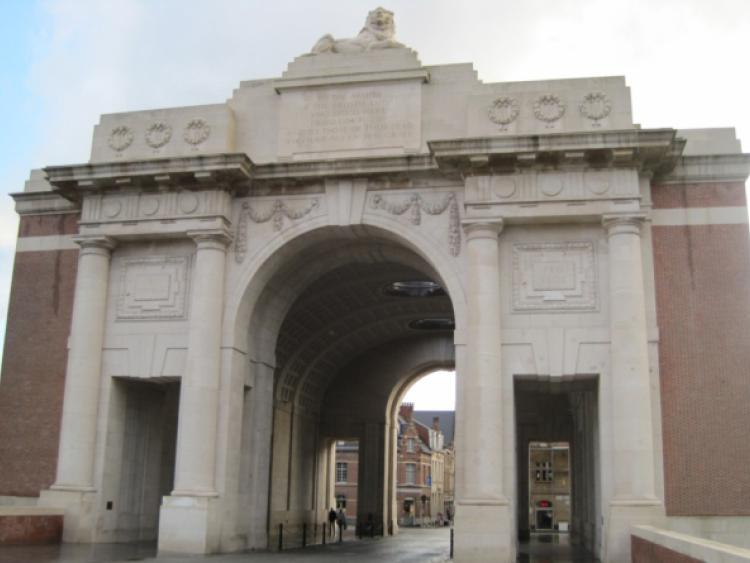 “In Flanders fields the poppies blow

“In Flanders fields the poppies blow

Between the crosses, row on row...”

The opening lines of John McCrae’s famous poem, ‘In Flanders Fields’, remind us of the final resting places of the soldiers who lost their lives in World War One, approximately 350 of whom were from Co Longford. The majority of these are buried in France (150) and Belgium (80) but other graves and memorials can be found in Co Longford and in other parts of Ireland, the UK, North America, Greece, Germany, Turkey, Africa, the Middle East and India. Most of these graves are carefully tended by the Commonwealth War Graves Commission or, in the case of those who died fighting with the US army, by the American Battle Monuments Commission.

For those interested in commemorating Longford’s war dead, a good place to start is in Ballymacormack Cemetery which contains 11 distinctive Commonwealth War Graves headstones. The grave of Private Thomas Lyons, who died of pneumonia in January 1919, still features his helmet, nearly a century after his burial. In the rest of the county, the following cemeteries also have war graves: Abbeyshrule, Ballymacormack Church of Ireland, Edgeworthstown, Granardkille, Kilcommock, Legan, Longford Presbyterian and Newtownforbes - St Paul’s and Old cemetery.

Unfortunately, over a third of the Longford dead have no known graves; their bodies have never been identified or found, but their names are inscribed on monuments like the Menin Gate Memorial to the Missing in Ypres, Belgium (24), Thiepval (18), Tyne Cot (9) and Ploegsteert (6) also in Belgium, the Pozieres Memorial in France (8), the Helles Memorial in Gallipoli, Turkey (11), the Doiran Memorial in northern Greece (6), and on over 20 other memorials in various countries.

For more information on Longford people who died in the Great War, or from injuries at a later date, go to www.longfordatwar.ie.