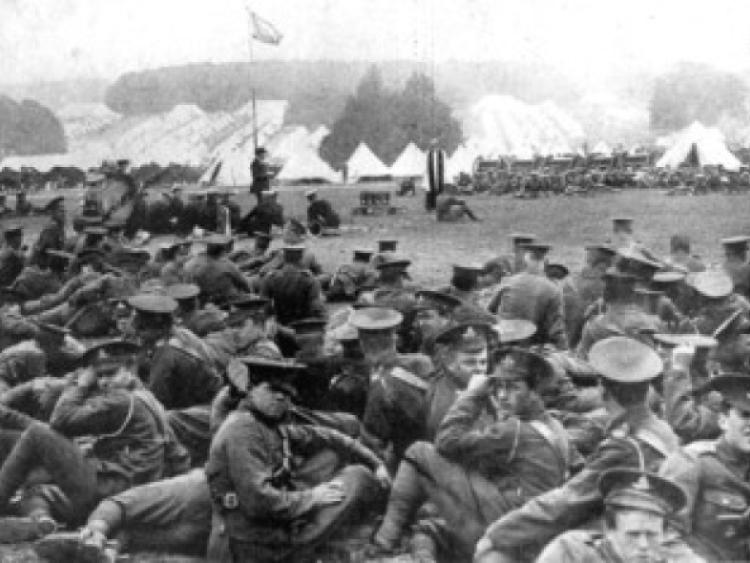 The British Government have undertaken operations against the Germans on land as well as on sea.

The British Government have undertaken operations against the Germans on land as well as on sea.

A French paper published the fact on Tuesday that an expeditionary force from England has arrived in Belgium and it is believed that at least 100,000 troops of the line will go there the first opportunity. This force will co-operate with the French Army in aiding the Belgians to roll back the German invasion. In all the forces will not be short of one million of men on both sides and any day now there will come news that a battle far exceeding in mortality the Battle of Waterloo will be fought and won on one side or the other. It will be the first great battle of the War. In spite of very optimistic prophecies in the English newspapers, it is believed that the Germans are preparing to make a terrible onslaught in this battle. So far they have been beaten.

As I pointed out in last week’s letter, the main hope of the Germans is to strike a decisive blow quickly. That was their policy in 1866 when they defeated Austria, and in 1870 when they defeated France. Every day that elapses without a decisive victory means a check to them which may have the most serious consequences on the result because it enables the Allies to bring up all their forces to resist. If they are defeated in Belgium, it is not likely they will be able to resume offensive operations, and may have to take the defensive side instead, which for them would amount to a virtual defeat.

So far the news from the Belgian War front is to the effect that although they have occupied the town of Liege, which was an open town, they have not been able to take the ring of forts around which are still in the hands of the Belgians. If this is true it may mean that they have been allowed to get into a trap in which they will be presently caught by the French, English and Belgian forces. A few days more must decide.

The news from the Eastern frontier of France is to the effect that the French have invaded their old former province of Alsace, and captured two towns, from one of which, however, they have had to retreat. There is a rumour on the other hand that the Germans have crossed into France at another point, but so far the balance of advantage would seem to be on the French side.

Meantime Italy, which was one of the three parties to the Triple Alliance, would seem to have deserted Germany, and although threatened by her with reprisal has so far insisted on remaining neutral. In his blind rage, the Kaiser may decide to refuse to let them remain in this position, and if so he would by some offensive action drive them into the French and English camp. In that case all Europe would probably be found ranged against Germany and Austria, which could only have one result - i.e. a defeat for these two powers.

As regards Austria, against which Russia, France and England have declared war, her invasion of Servia has proved almost a total failure, whilst other of the Slav people are now joining Servia to resist, and on the North Eastern border the Russians are massing troops to invade Austrian territory, as well as Germany further North. It will take Russia some months to get her immense forces mobilised, but once she moves it will be the resistless power of a mighty avalanche which will simply engulf all before it.

I hear that amongst the very first troops to be despatched to the seat of war in Belgium by the British Government were the Irish regiments, including the Connaught Rangers, the Dublin, Munster and Inniskillen Fusiliers, the Irish Guards and the Royal Irish Lancers. If this is true it would seem as if Irish valour is to be tested once more in the very forefront of the heaviest engagements. It was so at the Boer War, when the only regiments who did not surrender or run away were the Irish regiments there.

The above piece is an extract from the Longford Leader, Saturday, August 15, 1914, written by the editor of the time, J P Farrell