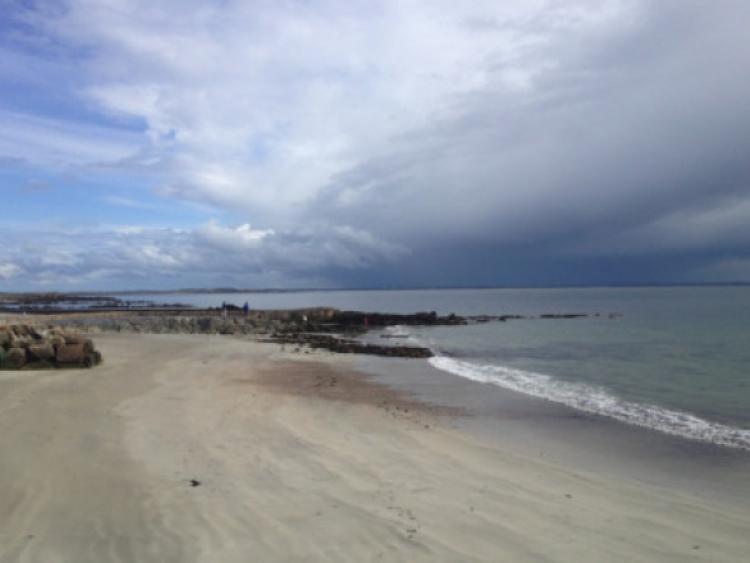 The last week in August, something ponderous is happening.

The last week in August, something ponderous is happening.

The inevitable change is occurring, creeping up behind us like a stealthy intruder, almost unnoticed, yet predictable.

There’s a turn in the year, and like it or not, this summer is breathing it’s last breath, although it’s apparent that there are still signs of some life.

The birds are populating the wires - those of them that are destined for foreign climes - and their chirruping and bustling activity brings certainty that there is, indeed some business to be concluded.

Soon they’ll be away on the wing, flying ever southwards, for all of three thousand miles before they gather for the winter season, once again.

In the broader reaches of the garden there is a hive of activity. The blackbirds are beginning to stock up on every red berry to be found, the field mice are fretfully sniffing the air as if to say “won’t be long now” - before they too scramble underground for the duration.

The robin is busy, the crow too, as all prepare for the winter.

The evenings are getting appreciably shorter, it’s been noticeable for several weeks now, and suddenly the dark comes in quicker in the evening.

It’s a strange feeling, when one has missed a fair chunk of summer when the sun shone brightly. Yet, one has the comfort of knowing that when all is said and done, nothing much has changed.

It makes one marvel about the cycle of life.....death too....and there’s an eerie solidity in the silence of night, when it comes.

Cuteness of the ‘little man’

In a town just like many small towns throughout Ireland where the shopping Superpowers have moved in and pushed local traders almost to extinction, lived a family who had been trading through several generations.

Theirs was a community retail business, no burning ambitions to do anything more than continue living and look after their valued customers in a spiritually organic way that can only truly exist in united communities, with community values.

At the head of this family the man of the house, happy with his life, good to his customers, was one who’d encountered many challenges but had always persevered and overcome. His canny intelligence and sureness of touch ensured that nobody pushed him around.

He had his own ways.

One year, a long departed inhabitant returned to town. He breezed back on a wave of pomposity, making no secret of the fact that he intended to shake up ‘this little old town’.

He set up a smart new store and opened in a blaze of publicity.

His first move was to approach the family man with a brusquely presumptuous financial offer to buy him out. No room for the two of them etc., and he assured the little guy that if he didn’t sell, he’d close him down anyway. The little man was horrified, startled, even fearful, but explained that he had no problem with the new store as it was really a different market, his own was just a small shop, and he already had his own loyal customers who’d never desert him.

Mr Big laughed and said he’d regret not taking his offer when the going was good.

Mr Big made his first move in week one by announcing loaf of bread 50cents, plus many other cut price products.

The first week many of the little man’s customers came by to apologise and explain that they just couldn’t afford not to buy bread, etc., from the new shop even though they did not like him doing what he was doing. The second week Mr Big followed up with a second offer 454g butter €1.50.

By week 4 so many items were so savagely below cost that the little mans shop had become desolate. He decided to take action.

The new guy was shocked. He decided the little guy couldn’t keep this up.

By week 10 the big guy had bread down to 40c, yet no sooner had he set the price than the little man was at 39.

Now rattled, perplexed and mystified, and because even his pockets could not continue to lose such shortfall on cost price, he requested a meeting. The little man arrived; quiet, serene, calm and courteous.

He asked the little man how they could resolve this. The little man said it was simple: they’d each sell at their own proper respective market prices.

Relieved, he agreed, on condition the old man told him how he’d managed to cut prices and stay afloat.

Old man said he’d tell him, but would not confide how he did it until they had binding formal agreement.

Solicitors were called, all was signed up.

Okay said the big guy, so how did you do it?

Simple, said the family man - I bought all my product from your shop!

I spent a while recently in the stroke section of Mullingar hospital.

A nifty place, populated as it is by a horde of medics and all manner of professionals.

It’s a study in methodical, unfussy care, and tellingly efficient. It starts in the morning, at 6.30 am, and throughout the morning in unfussy, patient, and ordered deliberation distributed - and recorded - the various medication and other necessary supplies to the respective patients. It made me wonder.

Where is the rationale that states it is better to reward the foot soldiers in the hospitals less handsomely than the CEOs?

The people I encountered in the hospital arrived on time, exuded an atmosphere of calm and, dare I say it cheeriness, whilst going about their business with certainty and fortitude.

No sign of anyone doing less than they should, no slackers, no skivers, no nonsense.

I guess it made me think.

More relevantly, it made me wonder if there is some strangely skewed mindset, which ordains that it makes more sense to spend huge sums of money - circa 450,000 to some CEOs alone, for example - while the health service in its entirety is better served than we give it’s people credit for?

We have many higher grade professionals in the health service earning eye-watering sums (in the national interest of course), whilst the foot soldiers, in all numerical disadvantage, do the work.