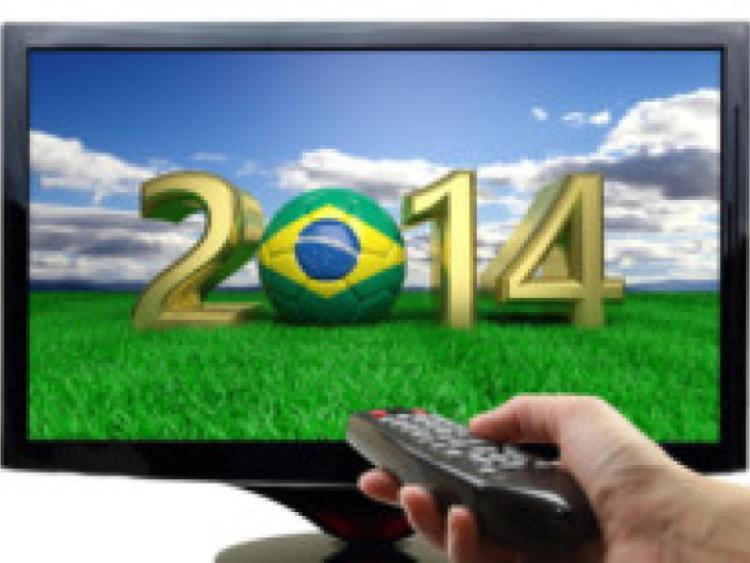 Tuesday, April 1, 2014 will be remembered in years to come as the date when the GAA signed the death warrant of amateurism in the association.

Tuesday, April 1, 2014 will be remembered in years to come as the date when the GAA signed the death warrant of amateurism in the association.

No longer can the organisation, Croke Park officials, county boards, journalists, or other sporting media personnel, complain or whinge if Gaelic inter-county players soon decide to seek money for TV interviews, or decide to withhold their voluntary participation as performing talent altogether.

Not when the GAA has aligned itself commercially with one of the world’s slickest, most aggressive, mercenary, and richest retail media platforms, SKY Sports.

No matter how Liam O’Neill and others emphasise the value this new deal offers to viewers abroad, it’s not convincing. The reality, in my opinion, is simpler:

Sky plans to overtake the competition in Ireland, and the GAA wants to avoid - even temporarily - sharing in the plummeting fortunes of home based TV stations whose advertising revenue is going through a barren trough because of our dire economy, albeit not helped by poor programming.

Commercially, in all respects except TV rights revenue, the GAA is virtually immune from everyday economic reality.

Meanwhile players, without whose performing talent this deal would not be possible in the first place, continue as unpaid servants amidst the corporate maelstrom of commerciality.

The old world is gone.

It is neither plausible, reasonable, or believable that modern, educated, and well informed players of today will for long continue to accept a situation where professional athlete lifestyle sacrifices are demanded for free while professional administrators in Croke Park receive salaries, and have now capped it all by doing a deal that opens the door forever to pay-for-view TV showings. These are the same administrators who continually preach the importance of preserving amateur status, whilst the organisation becomes ever more businesslike and commercially driven by the day.

Pay for view is quite acceptable in professional sports, where pay for play also applies.

Croke Park Ard Comhairle staff get paid; the Director General gets a hefty six figure sum, and a good pension to boot; Security staff get paid; Managers are paid; Provincial CEOs are very well compensated; Presidents get paid at equal rate to their normal job; county secretaries receive stipends, some on salaries - and rightly so; officials receive expenses; officials in most counties have free phones; physios are paid; trainers are paid; players meanwhile, get free gear - which of course is provided to county boards by allocation agreement; the famous O’Neills’ is a multi-million company, which with Azzuri, Elvery’s, and Masita all vie for a slice of the lucrative GAA pie ; auditors, solicitors, bookkeepers, all get paid properly.

All of the above are of course rightly entitled to the going commercial rate, and in the case of high-ranking GAA officers that entitlement is certainly honoured to the letter.

Nonetheless, any fulltime GAA professional receiving a salary far exceeding the Permanent Secretary of UK Treasury, must at least occasionally be embarrassed by the paradox when extolling the virtues of amateur status.

Of course, we all understand a corporate organisation needs professional administration, and up to now, good people being well paid was acceptable since the appearance of care for the thousands upon thousands of volunteers countrywide seemed to be intact.

If a new rule is being introduced to make field play safer, it must be passed by Congress with a two thirds majority.

For years now I’ve been admonished by various GAA friends, for saying Congress is little more than a bonding day out at which delegates are allowed make decisions of non-corporate significance.

Great energy is expended all over the country on the politic of canvassing to swing a vote one way or another, and as in all corporate bodies, such activity serves to satisfy the need to cause the ordinary GAA populace feel involved in the important decisions. Congress is an effective annual talking shop with voting rights attached to keep the foot soldiers busy.

Perhaps even out of the way when the real business is being done!

Meanwhile, when it comes to really important corporate decisions Congress is bypassed.

I can understand why, if such decisions were put to Congress we’d never move on.

Many sources privately agree Congress is viewed as an inconvenient source of uneducated obstruction by some in Croke Park.

But the optics of democracy, at least, are given an annual transfusion of integrated democratic participation.

The decision to do the deal with SKY was taken, according to Director General Paraic Duffy, on the advice of the Management Committee. As he put it very honestly on Prime Time, “that’s good enough for me”.

Yet, we heard Liam O’Neill complaining after RTE Prime Time justifiably confronted him and Paraic Duffy on the SKY deal.

What did they expect?

Up For The Match?

So much for Democracy and the often lauded grassroots two thirds majority principle. Useful when it suits, I guess.

The irony of all this, is that the deal done by SKY is contextually quite a cheap one, for SKY.

For the GAA, however, it may prove to be the most expensive deal ever inked.

Though in many ways it can be commended, in terms of the population abroad.

But for Irish viewers this is a groundbreaking watershed.

Within SKY though, this is not about the Irish abroad.

Let’s get real here; SKY have no principled, sympathetic interest whatsoever in catering for the Irish abroad.

SKY are signing up a blue chip sports product. With massive commercial value. And in the process they’ve secured some of the most valuable and attractive fixtures in the annual GAA calendar. And out-muscled the opposition.

If the GAA really wanted free-to-air coverage in Ireland, that would have been negotiated and accommodated, albeit for lesser fiscal compensation.

After all, amateur volunteers countrywide are currently poorer too.

So why did that not happen?

Because all corporate deals are baby steps towards the bigger future.

It takes two parties of like minded converging aim to make an agreement.