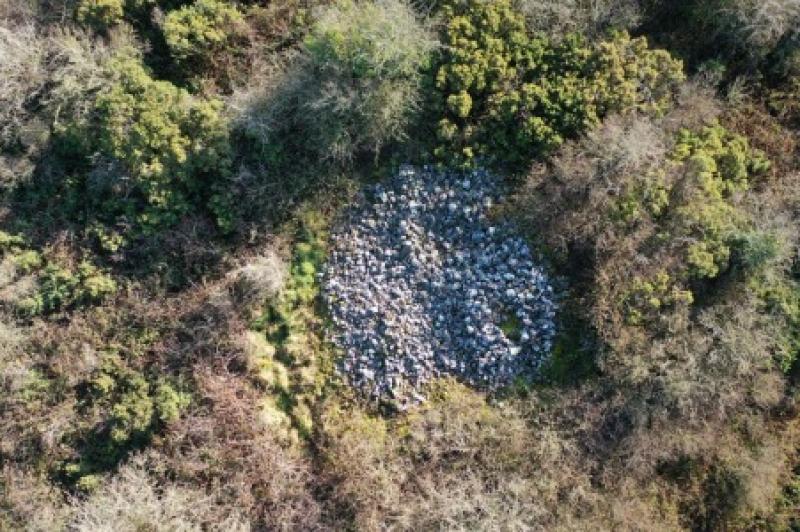 A new cairn has been discovered in the midlands in the last 2 weeks.

Located on the summit of  Coolnacarrick Hill near the Rock of Dunamase the cairn was discovered by two non-professional  archaeologists with a driven and determined interest in the heritage of Ireland.

The discovery was made by the pair of explorers first examining Google Earth imagery and then  painstakingly heading to the site to investigate. Access took 2-3 hours of cutting through nearly 100m  of dense gorse, briars and other scrub up the side of Coolnacarrick Hill until they reached the location  and confirmed the cairn.

The views from the cairn over County Laois and surrounding counties are exceptional but somewhat  interfered with by the surrounding scrub and gorse. However, it is unlikely that many people will be  able to visit the cairn in the near future to appreciate the find due to its overwhelming inaccessibility

The pair have made many other observations and potential discoveries and intend to report these to  the National Monuments Service in the near future as research time permits. 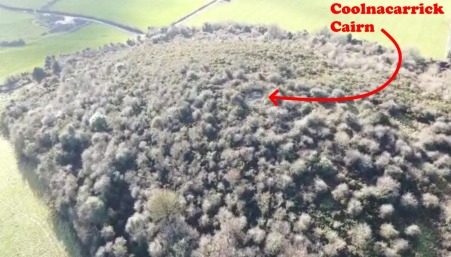