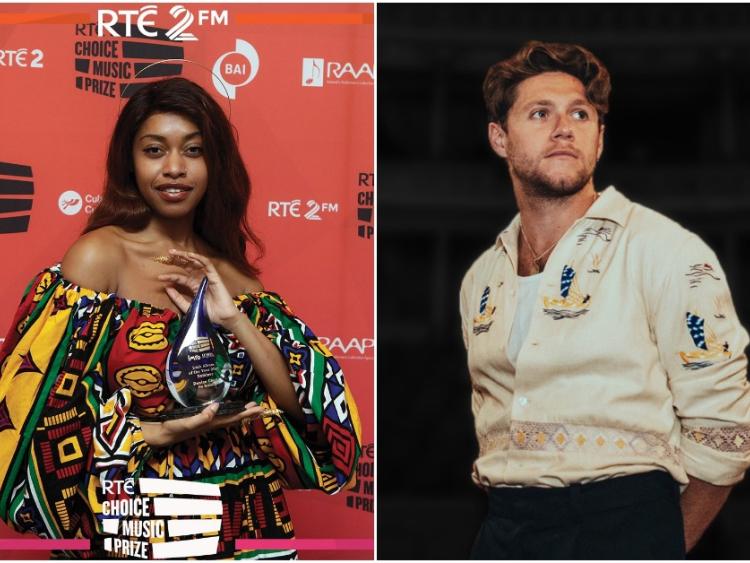 Limerick artist Denise Chaila has been announced as the winner of the RTÉ Choice Music Prize Irish Album of the Year 2020 for her album Go Bravely, while Mullingar native Niall Horan's No Judgement scooped Song of the Year.

U2's Adam Clayton made the announcement live after the judging panel, made up of Irish music media professionals and chaired by Jim Carroll, met up over Zoom to decide on the winning album.

Chaila received a cheque for €10,000, a prize which has been provided by the Irish Music Rights Organisation (IMRO) and the Irish Recorded Music Association (IRMA), as well as a specially- commissioned award.

The event, hosted by Tracy Clifford, took place live on RTÉ2FM and RTÉ Player with exclusive performances from the artists, most of which were recorded at Windmill Lane Recording Studios, Dublin.

And the winner of #RTEChoicePrize 'Album of the Year' is...

The winner of the Song of the Year award was also announced by singer-songwriter Ruth Anne and won by Niall Horan for his song “No Judgement”.  Decided by the public (Ireland only), via the RTÉ and Choice Music Prize websites, fans were given the chance to get behind their favourite song of 2020.

And the winner of #RTEChoicePrize 'Song of the Year' is... @NiallOfficial with 'No Judgement' pic.twitter.com/N5WB9WF1WJ

RTÉ2 will broadcast a one-hour TV programme of the RTÉ Choice Music Prize, featuring performances from all the acts and interviews by Bláthnaid Treacy on Sunday, March 14th at 11.15pm.

RAAP, the BAI and Minding Creative Minds are official project partners of the RTE Choice Music Prize as are Culture Ireland and First Music Contact (FMC).