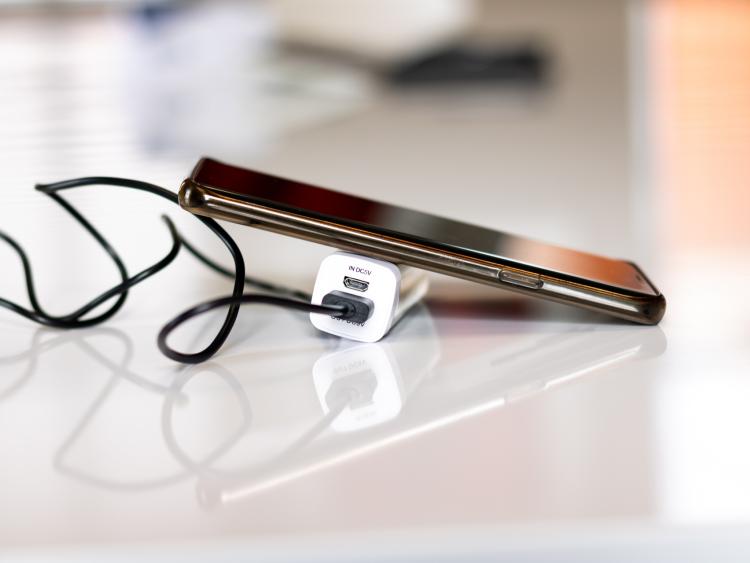 Having a common phone charger for all devices could help save consumers money and reduce electronic waste, according to Ireland South's MEP Deirdre Clune.

The European politician was speaking as the idea of approving legislation which would provide for a common phone charger for all devices was pushed back on the agenda at the European Parliament.

MEPs have adopted the initiative report on the new Circular Economy Action Plan (CEAP). The plan outlines ways in which Europe can move towards a more circular economy. The idea for a common phone charger was included in the plan.

According to the New Circular Economy Action Plan, the Parliament is reiterating its call on the European Commission to introduce as a matter of urgency a common charger for smartphones and all small and medium-sized electronic devices to best ensure standardisation and compatibility of charging capabilities. This is part of a global strategy to reduce electronic waste.

Figures show that mobile phone chargers are responsible for around 11,000 - 13,000 tonnes of e-waste per year.

According to the New Circular Economy Action Plan the Parliament has asked the Commission to prepare, in a timely manner, a decoupling strategy that ensures consumers are not obliged to buy new chargers with new devices to allow for greater environmental benefits, cost savings and convenience for consumers.

There is no legislation currently to encourage manufacturers to provide a common charger for all devices sold. However in 2009 at the request of the Commission, major producers signed a voluntary memorandum of understanding which was aimed at guaranteeing commonality between chargers and mobile phones on the EU market. This did result in some unity on the matter however this memorandum of understanding expired in 2014 and a new one has not been signed since.

Ireland South MEP Deirdre Clune said: “Mobile phone chargers vary according to the manufacturer and model and there are so many different types of charges on the market. This is not just inconvenient for consumers but it is also harmful for the environment. A common phone charger would help consumers save money while also having a positive impact on the environment.

“I am glad to see this issue highlighted once again. It is important that we consider such proposals when it comes to waste and also convenience for consumers. This matter has been on the radar at the European Parliament for some time now and they have strongly supported the harmonisation of mobile phone and device chargers. I believe it is certainly an area where improvements can be made which would make life easier for consumers but also help the environment.”

On 30th January 2020, the European Parliament adopted a resolution calling on the Commission to adopt a standard for a common charger ‘as a matter of urgency in order to avoid further internal market fragmentation’. It called for either a delegated act or a legislative measure to be adopted at the latest by July 2020.

However, due to the COVD-19 crisis the common chargers proposal would be postponed until the first quarter of 2021.