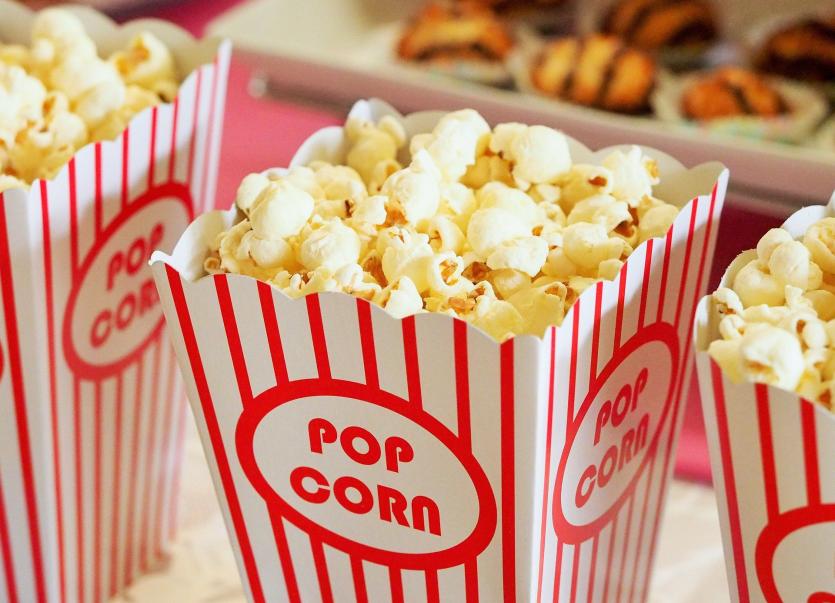 2013. Boston. Two brothers set off bombs at the city marathon and the day becomes a bloody mess. A woman called Erin, who was running sees it all happen and finds her boyfriend Jeff in the wreckage. A tough watch about the human cost of violence and the resilience needed to come back from it. Superb acting from Tatiana Maslany & Jake Gyllenhaal will keep you going through the horror.

Just after Don has had his heart broken, a blast from the past forces him out of his slump and on a roadtrip across America to engage with a part of his life he didn't even realise existed. Jim Jarmusch's low-key slowburn comedy dramas aren't for everyone but this one is a bittersweet and likable watch about how the past never stays in the past. Bill Murray, Sharon Stone, Jessica Lange and Jeffrey Wright all work well together.

Burma. World War II. A group of prisoners of war being held in a Japanese camp are forced to build a bridge over a river who's name I can't recall. They want to sabotage it but their Colonel thinks building it properly will do them good. This film is a classic for a reason. It's nailbiting, exciting, even funny in places and although it's nearly 3 hrs long you'll be stuck to it. Excellent rainy Sunday watching. Alec Guinness and William Holden ably lead a mighty cast.

Onboard a train a shy young, well off woman meets a charmer and it isn't long before she falls for him. But is he what he seems? From the master of thrillers Alfred Hitchcock comes another romantic and twisty/turny cracker that will keep you guessing. Joan Fontaine and Cary Grant are the leads and play off each other brilliantly. Grant lashes on his usual charm and Fontaine deserves every award she won for her role.

Chev Chelios is on the move again in a bonkers sequel to the 2006 hit. His heart has been stolen(literally) and only regular jolts of electricity are keeping him alive. Can he stay going long enough to get revenge? Absolutely unhinged stuff and definitely not for the faint hearted. Jason Statham has a ball in the lead role and Amy Smart & Dwight Yoakam in support just about manage to keep up with him.

A broken boy is having a hard time. His Da is gone, school is miserable and his Mam is sick. And now something supernatural has begun to menace him. But it's not what you think. A stunning film, and a look at grief through a child's eyes that will floor you, fill you with fear and eventually leave you an emotional wreck. But in a great way. Lewis MacDougall, Felicity Jones and Liam Neeson all nail their parts.

George isn't enjoying his glamorous Los Angeles lifestyle anymore. His boyfriend is dead a year and the early 60's era he's living in doesn't let him grieve properly. So he decides to take things into his own hands. You'll have to be made of stone not to be moved by Colin Firth's fantastic turn in a 2009 drama about loss and depression, truth and lies. It's upsetting stuff but it's powerful too.

A paleontologist stressed out by his impending nuptials and his museum's urgent need for a donation finds his life getting complicated by a woman with an unusual pet who sets her sights on him. This highly entertaining screwball comedy directed by the renowned Howard Hawks is 83 years young and still feels fresh as a daisy. Katherine Hepburn and Cary Grant are stellar in the lead roles and their chemistry will enchant you.

When is sister is killed in a tragedy ripped straight from recent French news, a man finds himself torn apart by sadness but finds some kind of direction when he has to take care of her orphaned daughter Amanda. This French drama feels a wee bit sloppy and simplistic in places but two beautifully naturalistic performances courtesy of Vincent Lacoste and Isaure Multrier keep things together.

While still grieving the death of her aunt years before, the newly married Paula moves into the house where she died. Weird things begin to happen and Paula thinks she's cracking up. 76 years old and with a title that's still influencing society today, Gaslight is a gripping, unnerving watch that works perfectly even if you can guess how the story will go. Ingrid Bergman is a magnificent leading lady and the film features a splendid debut turn from Angela Lansbury.

3 young professionals are looking for a 4th to share their spacious Edinburgh apartment. Shortly after they find a person that suits them something happens that will really change their living arrangements for good. Danny Boyle's 1994 film debut is an effective and bitingly violent thriller that still has the power to shock. Flashes of dark humour and fine performances from Ewan McGregor, Kerry Fox and Christoper Eccleston ensure you'll find it all enjoyable.

On the day before Christmas eve a couple are heading home and decide to take a shortcut through the snowy wilderness. As you can probably guess things go sideways for them. Really sideways. Wind Chill starts off relatively normal before descending rapidly into a blast of surrealistic horror that's by turns bleak, terrifying and claustrophobic. It's not a fun watch but it's an interesting one. Emily Blunt and Martin Donovan do well here.

The Blandings family have had enough of apartment life in New York city and decide a move to the countryside and life in a big spacious house is what's needed. If only things were so simple. This 73 year old farce is great craic and the comedic skills of Cary Grant (third time this week!) and Myrna Loy marry flawlessly with a well written and funny script. It was remade as The Money Pit and as they always say, the original is best.

Susan's sick of her dull married life and afraid that having a child will ruin her. Frank's a disillusioned college professor. When Susan decides to go back to college they meet. Filmed in Dublin this platonic love story is a surprising watch, never exactly doing what'd you'd expect it to do. Julie Walters in her debut role is quite remarkable and Michael Caine's part will remind you of at least one person you've met on your educational path.

Grey's in a bad way. An accident has ruined his life and left him a quadraplegic. But some ultra modern technology is about to give him his body back. And a whole host of other skills too. This 2018 sci-fi thriller is a very amusing and extremely violent slice of escapism that's packed with bonkers fight scenes and some rather dark themes and ideas. Logan Marshall-Green has a whale of a time in the lead role.

A group of mountaineers climbing in the Scottish highlands get more than they bargained for when they discover a young woman being held captive in the middle of nowhere. A lean, fast paced and exciting mish mash of genres starts off amiably enough before heading off somewhere vicious and unpredictable. A nice cast lead by Melissa George and Alec Newman helps keep proceedings grounded.

Dublin in the aftermath of a zombie plague is a strange place to live. It's even stranger for the zombies who have been cured because they can remember exactly who they killed and ate during their infection. It leads to some....issues. This 2017 Irish horror is a deadly twist on an old story. It's as bloody and gory as you'd expect but it's clever and subversive as well and a solid cast including Tom Vaughn-Lawlor, Ellen Page and Sam Keeley do nice work.