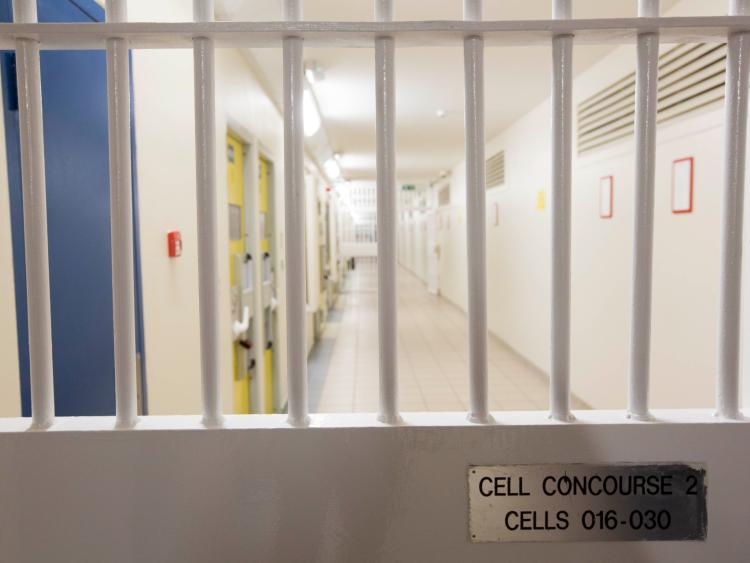 More than 800 prisoners are being tested  in a bid to contain a Covid-19 outbreak among prisoners at the Midlands Prison in Portlaoise.

"Following the confirmation of these 3 positive prisoner cases the Irish Prison Service and Midland Prison management has decided to test all prisoners," said a statement.

"The prisoners who have tested positive have been quarantined and our healthcare staff will continue to active surveillance and temperature check to identify any further symptoms. The Service is continuing to work closely with HSE Public Health officials in Contact Tracing and Covid swabbing is ongoing," said a statement.

The outbreak comes less than a week after confirmation on February 12 that some staff had tested positive at the jail.

There were 819 inmates at the Midlands Prison on Wednesday, February 17 according to the IPS daily prison population count. It is 94% full.

A prison wide test and trace operation was mounted in the Midlands during the second wave when five prisoners tested positive.

The Irish Prison Service also confirmed on Wednesday that, to date, there are no positive prisoners in Mountjoy Prison and the Outbreak Control Team is stood down as it is satisfied with the low number of positive staff cases and the situation can be managed through normal infection control measures. There was staff outbreak in the Dublin jail last week.

The IPS say Midlands Prison Outbreak Control Team (OCT) continues to engage with Prison Management to oversee appropriate actions to mitigate against the further possible spread of the virus within the prison.

The Irish Prison Service is working closely with HSE Public Health officials with regard to the management of the current outbreak including arrangements for Mass testing of prisoners in the Midlands Prison.

Further information for families and friends is available here.

Prison authorities in Ireland have been internationally recognised for keeping the virus out of jails.