"€2 at the tills, they will be making an enormous, collective contribution to that vital work" 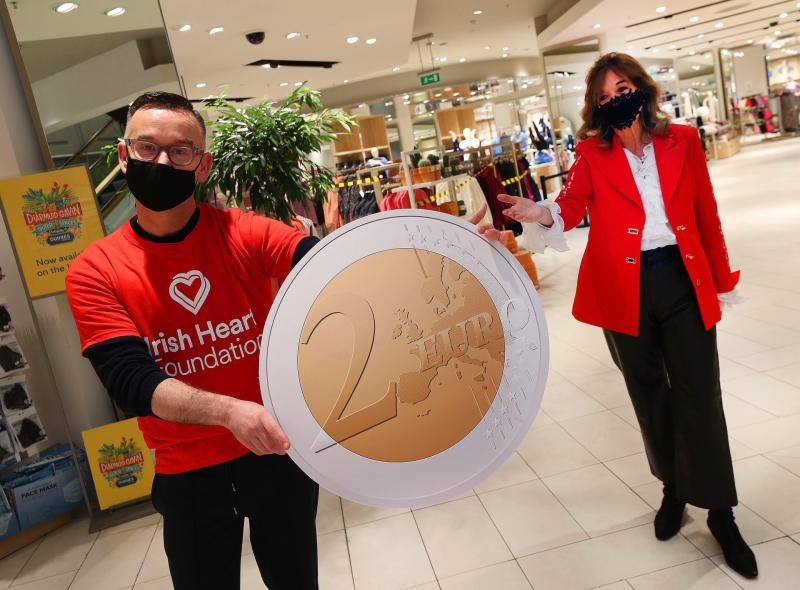 TV presenter and fashion designer Brendan Courtney is supporting a drive by Dunnes Stores to raise €150,000 for the Irish Heart Foundation, and is asking the people of Longford to get involved between today and Valentine’s Day, Sunday.

The retailer’s four-day campaign has been launched to help the charity, where fundraising efforts have been badly affected by the pandemic.

From Thursday to Sunday this week, Dunnes Stores customers will be invited to add an extra €2 to their shopping bills – donations which will go straight to the Irish Heart Foundation.

Mr Courtney offered his support four years after the death of his father, Frank, following a stroke.

In 2017, he took part in a documentary, ‘We need to talk about Dad’, examining the difficulty of organising care for his father, who was unable to look after himself.

“This is a cause I’m very proud to be associated with, especially given my personal experience with stroke in my family,” said Brendan.

“Stroke prevention and support are key parts of the Irish Heart Foundation’s strategy and if people get behind this campaign and donate €2 at the tills, they will be making an enormous, collective contribution to that vital work.”

Tim Collins, CEO of the Irish Heart Foundation, said the charity is delighted to have the support of Dunnes Stores as part of its ‘Show Some Heart’ campaign.

“Every year, thousands of people in Ireland are diagnosed with a heart condition or affected by stroke. We want to be there to help and support everyone, but Covid-19 has had a significant impact on our fundraising income,” he said.

“We hope the public will support our campaign by shopping in Dunnes Stores and making a donation at the till.”

The fundraising drive begins today, Thursday, running until close of business at Dunnes Stores in Longford on Valentine’s Day.

If you miss the chance to donate in person, you can make a contribution at irishheart.ie.