Illegal dog breeding establishment uncovered and shut down in midlands 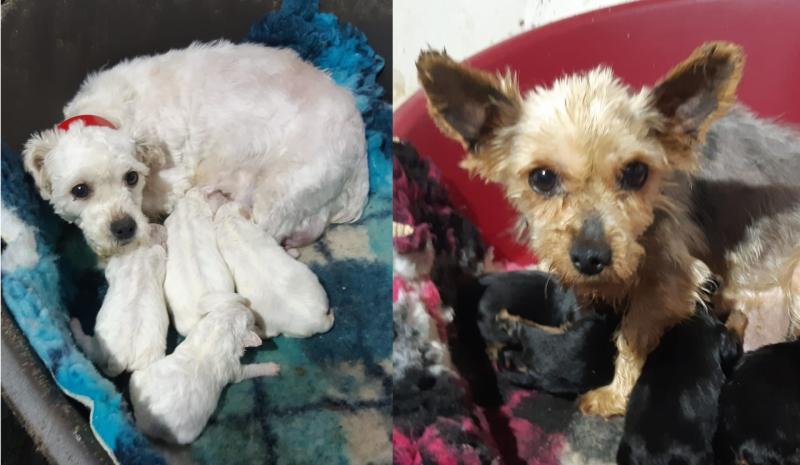 Illegal dog breeding establishment uncovered and shut down in midlands

An illegal dog breeding establishment has been uncovered and shut down in the midlands.

As a result of information received by the Irish Society for the Prevention of Cruelty to Animals (ISPCA), a joint operation involving the ISPCA and Offaly County Council was recently conducted and led to the discovery of an illegal dog breeding establishment operating without a licence.

Also read: Gardaí seize 17 dogs which may be stolen - anyone missing a dog is asked to get in touch

A total of 44 breeding females and nine male dogs were found on the premises as well as six litters of pups. In addition to not being registered, the conditions on the property fell below the standards required under the Dog Breeding Establishments Act (DBEA) and its associated guidelines.

A total of 62 dogs and puppies were surrendered by the operator and taken into the care of the local authority and the ISPCA where they are being fully assessed. Offaly County Council subsequently served a closure notice on the operator.

The ISPCA thanked the local authority for their prompt and determined action in this case and also the source of the information that led to this investigation. It is important that the public can have confidence that the Dog Breeding Establishments Act will be robustly enforced and that illegal dog breeding establishment will be dealt with decisively.

An ISPCA Spokesperson said, “The dogs are receiving ongoing assessment and care. Some of the puppies are very young and will be in care for many weeks and won’t be available for rehoming for some time”.

The ISPCA is asking members of the public to continue to report animal cruelty, neglect or abuse in confidence to the National Animal Cruelty Helpline on 1890 515 515, email helpline@ispca.ie or report online here.