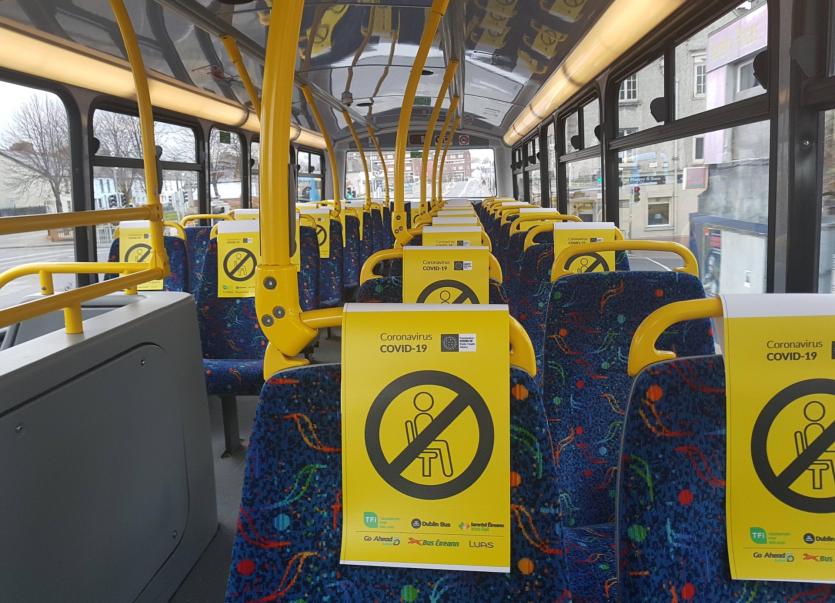 The National Bus and Rail Union (NBRU) has said bus drivers faced 'mayhem' on some routes due to capacity constraints and difficulties on the first morning of Ireland's second lockdown.

Under the Level 5 restrictions which came into force from midnight on Wednesday, public transport will operate at 25% capacity for the purposes of allowing those providing essential services to get to work.

General secretary of the NBRU, Dermot O’Leary, said their members and frontline colleagues "experienced difficulties in trying to accommodate passengers on services across a number of bus routes as the ‘new’ Government 25% capacity rules" came into effect this morning.

"There has already (this morning) been several pinch points and locations where passengers have tried to gain access in large numbers to Dublin Bus services.

"Some drivers are describing it as ‘Mayhem’, as excessive numbers of commuters try to board Buses across a range of routes. Some Bus Éireann services have also experienced capacity constraints where demand has outstripped the Level 5 reduced capacity.

"Thankfully (thus far at least) no confrontation or conflict has been reported, though we are extremely conscious that frustration can lead to such a scenario, we cannot blame passengers, striving as they are, to get to their place of work, at a time which suits their particular needs, as opposed to when services may, or can be scheduled.”

Mr. O’Leary went on to say that the NBRU has been calling for a plan to be put in place to "both accommodate those that are required to travel for essential purposes and also to be given a clear outline of how capacity restrictions were to be policed" since the start of the pandemic.

"In two separate submissions to the Oireachtas Special Committee on Covid-19 Response, the NBRU called for the staggering of school, work and Retail start/finish, opening and closing times, to manage Public Transport demand. It is neither fair nor sustainable that you would have those that operate the service (drivers) and those that use the service, in conflict with each other.

"I have, this morning, written to the CEO's of Dublin Bus, Bus Éireann and Iarnród Éireann to ascertain their plans for additional services and how they propose to police capacity issues, suffices to say, it is not the job of a bus driver to police Public Health Guidelines. The Government needs to consider wider societal measures during Lockdown Two so as to manage Public Transport demand."