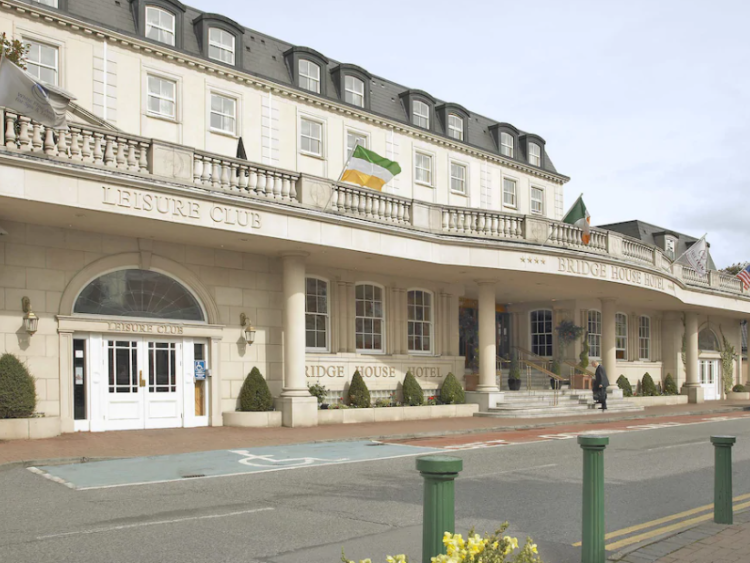 THE midlands hotel at the centre of a Covid-19 outbreak has temporarily closed.

The Bridge House Hotel in Tullamore confirmed the closure this evening after it was revealed that up to 20 people who had stayed there last week contracted the virus.

In a statement released to our sister newspaper Tullamore Tribune, the Bridge House said the health and safety of employees and guests is its “number one priority”.

“Since reopening we have worked tirelessly to ensure a safe environment in line with the all Government public health guidance, including from the Department of Health and the HSE,” said the statement.

“However, regrettably, we confirm that we have been notified by the HSE of a confirmed cluster in a group of guests who stayed at our hotel last week. We are working closely with and co-operating fully with the HSE.  All potential close contacts are being contacted by the HSE.

“All staff members are also being tested as a precautionary measure.  In the interests of health and safety, we have decided to close our hotel temporarily as a further additional measure.”

Earlier this evening, our sister website Offaly Express reported that the 20 people who tested positive were among a group of 40 guests who were in the Bridge House Hotel from September 6 to September 10, according to an email from the HSE to GPs in the Midlands area.

Local sources indicated most of the guests in the group were from the Dublin area.

The GPs were told by a senior HSE official yesterday (September 16) that a “significant Covid-19 incident” has occurred in Tullamore.

Those who have tested positive for Covid played golf in Esker Hills, Tullamore, and the New Forest Golf Club, Tyrrellspass.

The GPs were also told some of the guests “socialised in various places around the town of Tullamore”, including two public houses and a restaurant.

Close contacts have been identified and have been asked to restrict their movements.

They are being tested and another follow-up test will take place after seven days.

According to the HSE medical official who contacted GPs in the Midlands, up to 100 staff at the hotel are being screened for Covid-19.

All hotel residents, most likely from other parts of the country, will be contacted and told they may have been in contact with a case.

They will be told they have to contact their GP if they develop Covid symptoms up to September 24.

Ray Molloy, spokesman for Esker Hills Golf Club, told the Tullamore Tribune up to 14 people who were on a four-night break in Tullamore played golf at the course once during their stay.

They did not have any refreshments there and the bar in the clubhouse has remained closed.

The club has been contacted by the health authorities but unless someone is showing symptoms, there are no implications for others who played golf at Esker Hills during that period.

“What we have to do is watch ourselves if we have any symptoms. We weren't a declared contact as such,” said Mr Molloy.

According to the email from the HSE medical official dated September 16, infection is currently limited to the group who were staying in the hotel.

However, the email added: “If, from testing, new notifications and further history, we determine there is transmission of infection beyond this group either to staff or guests we may contact others who have eaten in any of the Bridge House restaurants or drank at the bar and ask them to contact their GP if [they] develop symptoms.”

The GPs were told this is “likely to be a significant number of people from the Tullamore community” and advised the doctors that they may get queries.

Anybody associated with the incident will be asked to restrict their movements and will be sent for Covid-19 testing.