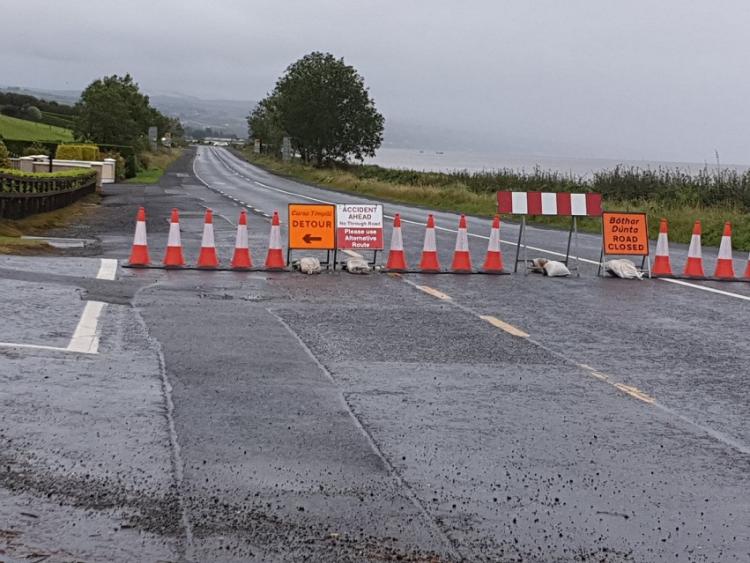 The scene of the accident at Three Trees

The Father and children who died in the tragic Lough Foyle Road Traffic Collision have been named by An Garda Síochána, who have also issued a fresh appeal for information on the incident.

Moville garden centre owner, John Mullan (49), his son, Thomas (14) and his daughter, Amelia (6) perished when the car they were travelling in went off the road and plunged into Lough Foyle. The accident occurred at approximately 10.20pm on Thursday (August 20, 2020) at Three Trees between Muff and Quigley’s Point.

The Moville community were this morning said to be devastated by the deaths of Mr Mullan.

Inishowen Garda Superintendent Eugene McGovern said Mr Mullan's wife and the children’s mother, Geraldine, was the sole survivor of the tragedy. She was rescued from the waters and brought ashore. Ms Mullan is currently being treated for non-life threatening injuries at Letterkenny University Hospital.

Superintendent McGovern said gardai are keen to hear from any witnesses who were on the main Muff to Quigley’s Point Road around the time of the tragedy.

“The family had been socialising in Derry and were on their way back to Moville when it happened.

"Conditions were not good at the time, and it is thought there may have been a lot of surface water on the roads and that the car lost control and careered down an embankment and into the water at Three Trees. The tide was high at the time as well," said Superintendent McGovern.

Emergency services from the Republic and from HM Coastguard from Scotland attended the scene.

Superintendent McGovern said: "Everyone’s thoughts are with Geraldine Mullan, the wider family and the community in Moville this morning.

"I would appeal for anyone who was on this stretch of road at around the time or who saw the black Mutsubishi ASX SUV, Registration 11 DL 1566, particularly any road users with dashcam footage, to contact Buncrana Garda Station on (00353) 74 9320540, the Garda Confidential Line 1800 666 111 or any Garda Station.

The remains of those who died in the tragedy have been removed to Letterkenny University Hospital Mortuary, where post mortems will take place in due course.