REUNITED: This dog looked very nervous with its 'owner' - and gardaí decided to investigate further 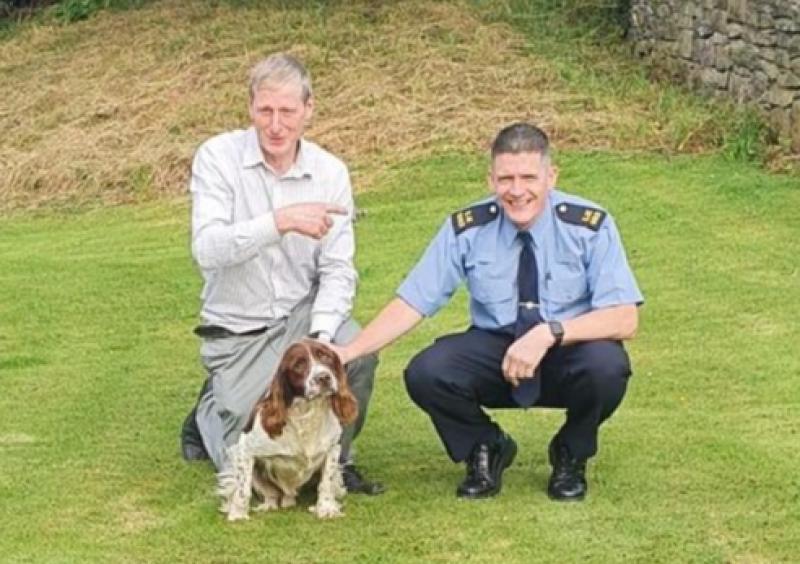 Gardaí are trying to find the owners of a suspected stolen dog after reuniting another with their owner.

Officers from Castleconnell Garda Station in Co Limerick came across two dogs after following up on reports of suspicious activity in the car park on the Old Dublin Road in the town last week.

They spoke to the two men who had two springer spaniel dogs with them.

Gardaí enquired about the ownership of the dogs and the two men were unable to provide satisfactory information but claimed the dogs were microchipped.

However, both dogs were very nervous and cowering in their cage, so Gardaí decided to seize them pending the verification of ownership.

The canines were brought to Henry Street Garda Station in Limerick City where they were housed in kennels.

A Garda spokesperson took up the story:"A local vet came and scanned both dogs for microchips which returned negative for both."

"The vet believes that the two springer spaniels were males, roughly three to four years and 18 months or so and were in good condition.

"One of the men later attended Henry Street and produced documentation which Gardaí believe is fraudulent.

"The two dogs were then brought to a local animal shelter whilst Gardai carried out further enquiries.

"One of the dogs, the older of the two, has since been reunited with its owner.

"The dog is believed to have been stolen on June 24 In Co. Cork. The owner had placed adverts online and posters around their area in an attempt to get back their pet."

Gardaí brought "Jake” out to the owners home and were satisfied with the owner’s description of the dog and its excitement, awareness of his surroundings, and location of his kennel.

Jake's owner, Gerard said "I'm absolutely thrilled to get Jake back. I had lost hope because he was gone for so long. I tried everything to get him back – I tried social media and put up posters locally.

"I am extremely grateful to Garda Shane Hayes and Limerick Animal Welfare for looking after Jake and getting him home safely.”

Gardaí are still attempting to reunite the second dog with its owner and are appealing to anyone who can help get him home. 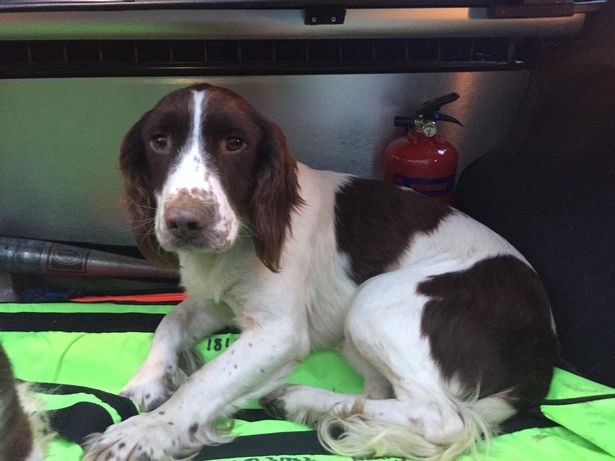 The second dog is currently in a local animal shelter.

Anyone with information should contact Henry Street Garda Station on 061-212400.

Also read: Opinion: We are in a battle for the reputation and soul of our town and county

Speaking today, Crime Prevention Officer Sergeant Ber Leetch said "I would firstly like to thank the member of the public who phoned us when they noticed something suspicious. Assistance like this is invaluable.

"As we are hearing a lot about dog theft, it can make dog owners feel unsafe and worried about their beloved pets - so we would advise you take extra precautions for their safety.

"For your dog’s security, I would recommend they are microchipped so that they can be easily identified if found and returned to the owner.

"Also place contact details on their collar in the event that they escape.

"Ensure that your home and garden are secure to prevent theft and deter potential culprits.

"If you have a high value breed of animal you may wish to consider CCTV and other crime prevention measures.

"If you are buying a dog, or returning a dog to its suspected owners, make sure the person is bona fide” she added.