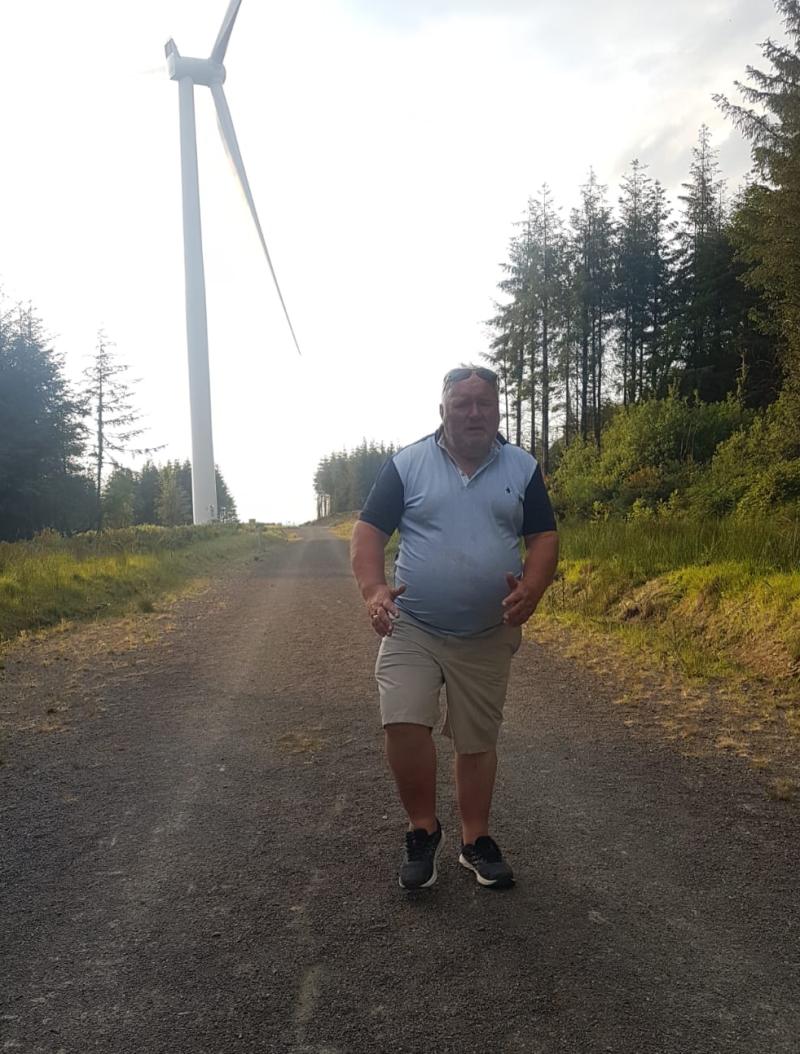 “We have all heard of backstabbing in politics- well this is a new one with backstepping across a mountain,” laughed Senator Eugene Murphy, who is embarking a novel fundraising event on Saturday, July 4 by attempting to walk 10km backwards across Sliabh Bawn all in aid of local charities.

Fianna Fáil Senator Eugene Murphy will be backstepping 10km across Sliabh Bawn mountain outside Strokestown as a fundraiser for The Hub Community Café in Strokestown and the East Galway and Midlands Cancer Support Centre in Ballinasloe.

The event is due to take place on Saturday, July 4 and social distancing guidelines will be in place as Senator Murphy embarks on his mission with a cohort of supporters.

“We have all heard of backstabbing in politics- well this is a new one with backstepping across a mountain,” laughed Senator Murphy, “but it’s all in good jest and in aid of two local charities,” he added.

The fundraiser is in aid of two charities close to Senator Murphy’s heart- namely the Hub Community Café in Strokestown and the East Galway and Midlands Cancer Support Centre in Ballinasloe.

“I know it might sound a little wacky walking 10 km backwards across Sliabh Bawn but I decided to come up with a novel fundraiser to help some local charities as we all know that charities have been very badly hit due to Covid-19 and they have little or no income from fundraising during these difficult times.

“I have been training hard every day and while I do get some strange looks from other walkers along the way when I explain what I am doing they are all very supportive,” laughed Senator Murphy.

The Hub Café in Strokestown is a community-owned social enterprise initiative which was established in 2012 for people with intellectual disabilities. There are currently 17 young adults working in the Hub and they also offer training to young adults in need of support.

“Audrey and all the team at The Hub in Strokestown really do fantastic work for young people with intellectual disabilities and I wanted to help support them in whatever way I can,” said Senator Murphy.

The East Galway and Midlands Cancer Support Centre in Ballinasloe formed in 2012, is a non-profit charitable organisation which provides a network of psychological, emotional, and practical support for those diagnosed with cancer.

“Jackie Daly and all the volunteers at the East Galway and Midlands Cancer Support Centre are a fantastic group and the number of people attending weekly has now reached over 200. All the support they offer is free of charge. They have also become a member of the European Cancer Patient Coalition (ECPC) which gives them a political and medical voice in Europe and they provide a full-time drop in centre as well as a 24 hour phone service,” explained Senator Murphy.

An online fundraising platform has been set up HERE

The money raised will be divided between the Hub Community Café in Strokestown and the East Galway and Midlands Cancer Support Centre in Ballinasloe.

While the event is taking place on Saturday, July 4, the fundraising link will be in place for a few months so people can donate at any time.

“It’s definitely a case of having eyes in the back of your head, I hope people from all over the country will consider making a donation for these two very worthy causes”, said Senator Murphy.