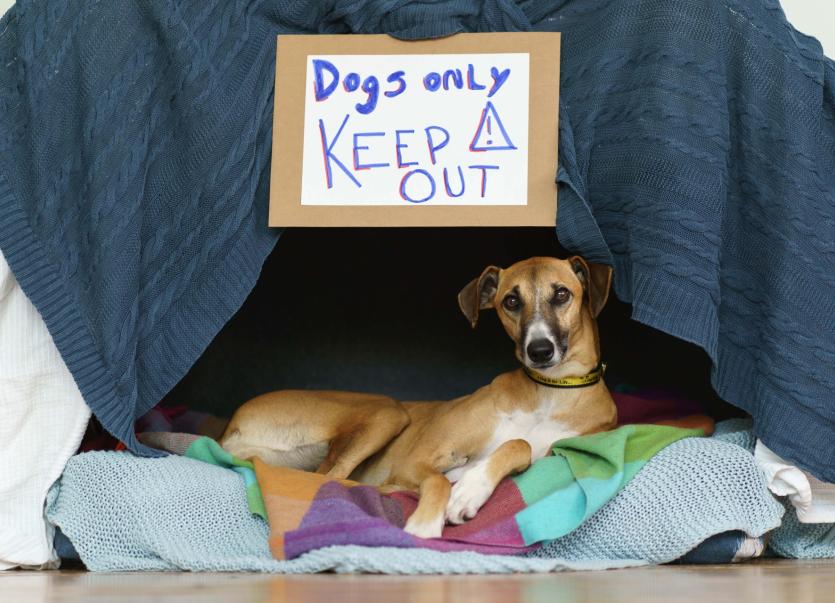 Dogs Trust is concerned that many dogs around the country may not be getting enough undisturbed rest with so much activity in homes at the moment, especially those with children, and is appealing to parents and guardians to explain the need for dogs to be given their own space.

Today, Monday, June 1 sees the launch of ‘Be Dog Smart Week’, the annual dog safety campaign by Dogs Trust Ireland. This year, given the current lock down, the focus is on safety around dogs in the home.

The charity is concerned that many dogs around the country may not be getting enough undisturbed rest with so much activity in homes at the moment, especially those with children, and is appealing to parents and guardians to explain the need for dogs to be given their own space.

With 39% of dog owners having children in the home, it is especially important during a time that most people are spending the majority of their day at home, that an adult supervises all interactions with children and dogs, no matter how good-natured the dog is.

While the charity is keen to promote the wonderful bond many children have with their dogs, Dawn Kavanagh, Education and Community Manager, Dogs Trust Ireland explains: “We’ve all heard the adage ‘let sleeping dogs lie’, and it’s one we should really pay heed to. Just like people, dogs need their own space too, so we are asking parents to explain to children that they shouldn’t approach a dog if he or she is in their bed, even if they’re not sleeping. Often a dog’s bed is the only place in the home that truly belongs to them so they should be able to take themselves off there to rest peacefully without being disturbed.

We also want to make people aware that dogs generally don’t understand the concept of ‘hugging’ and see it an uncomfortable invasion of their space and having a child’s head so close to a dog’s is not a good idea. So, we would ask that you teach your children that a gentle rub is much more pleasant for a dog instead!”

To highlight the importance of dogs having their own space, Dogs Trust is encouraging the whole family to get involved in building their dog a den that is off limits to humans when the dog is using it. The charity has simple dog den ideas on their education website BeDogSmart.ie and will also be hosting a FREE ‘Be Dog Smart’ workshop on their Facebook page on Friday, aimed and adults and children.