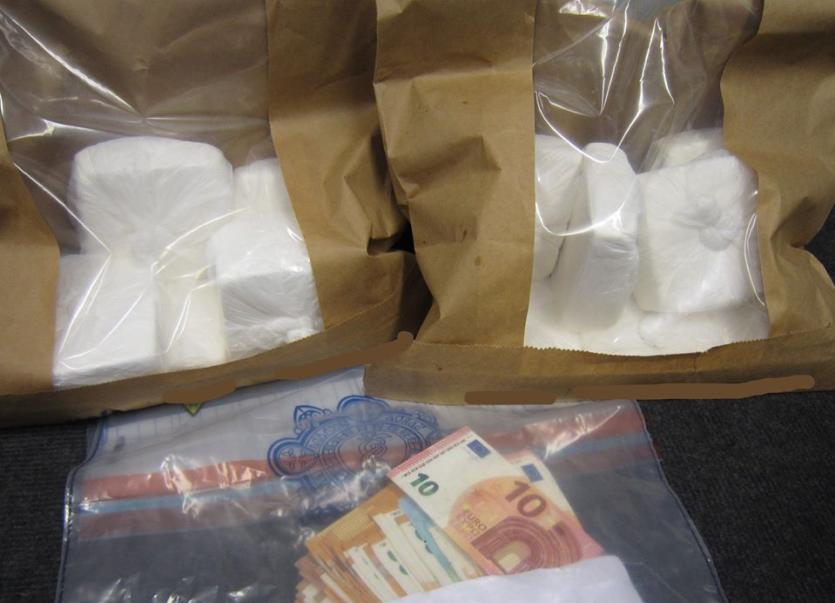 Gardaí from the DMR West Divisional Drug Unit, investigating the sale and supply of controlled drugs in West Dublin and Kildare, carried out a search of a car in Portlaoise and a house in the Kill area of Co Kildare this morning, Thursday, May 28.

At approximately 8:25am, a car was stopped on the M7 near Portlaoise. €35,000 worth of cocaine (pending analysis) was discovered and seized.

The sole occupant of the car, a man aged in his late 40s, has been arrested and is currently detained at Birr Garda Station under Section 2 of the Drug Trafficking Act 1996.

A follow on search was carried out a house in Kill, Co Kildare, where approximately 3.5kg of cocaine (pending analysis), valued at €245,000, was discovered in a cabin on the property. It is suspected that this cabin was being used as a location to mix and pack controlled drugs.

A press, scales and other drugs paraphernalia, as well as €3,500 in cash and two vehicles were also seized.

A man, aged in his 50s, was arrested at the scene. He was taken to Ronanstown Garda Station where he is currently detained under Section 2 of the Drug Trafficking Act 1996. Investigations are ongoing.