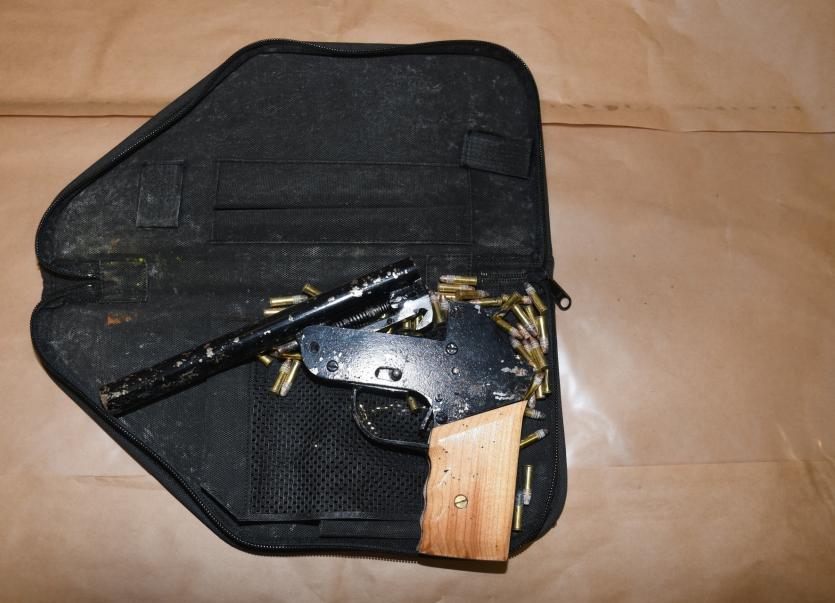 Gardaí have arrested a man and seized a suspected firearm on March 26, 2020.

Shortly before midnight, uniformed Gardaí from Mayorstone Park Garda Station were on patrol when they attempted to stop a car in the Ballynanty area of Limerick.

The car was then driven at high speed through a number of housing estate and a managed containment operation was carried out with the assistance of the Armed Support Unit.

The driver of the car, a man in his 30s, eventually stopped in the Parteen area of Co. Clare and was arrested by Gardaí.

The car that was used during the incident was seized and the man was brought to Henry Street Garda Station where he is currently detained under Section 30 Offences Against the Station Act, 1939.