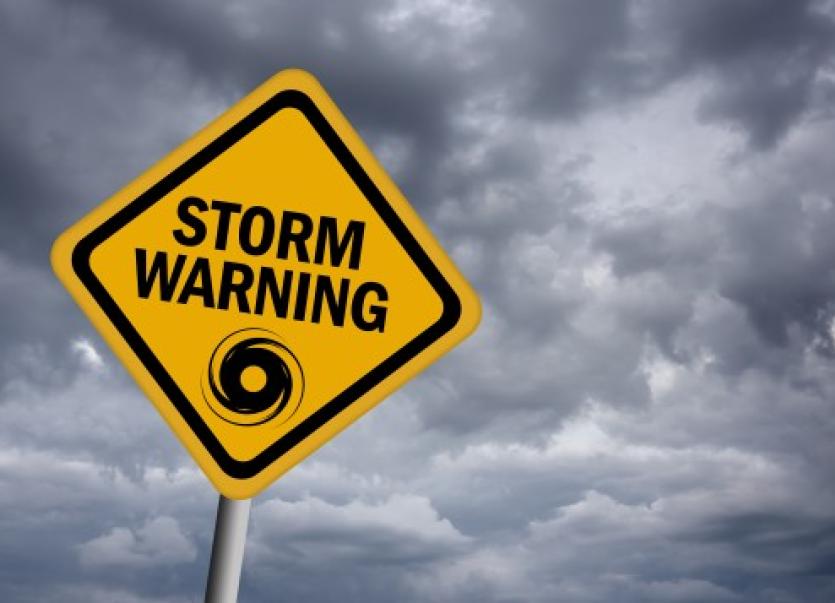 The latest weather forecast for Ireland for tomorrow from Met Eireann is for more wet and very windy weather as the effects of Storm Dennis continue.

There are three Weather Warnings currently in place. There is a Status Orange Wind Warning for Donegal, Galway, Leitrim, Mayo, Sligo, Clare, Cork, Kerry and Limerick from 10am until 10pm on Sunday with a risk of coastal flooding.

According to the weather forecast from Met Eireann, there will be further spells of heavy rain tonight, most widespread over the southern half of the country, with some thundery downpours and the ongoing risk of local flooding. The rain will eventually break up into showers towards dawn. Winds will ease off somewhat for a time inland later tonight, but gales will continue in coastal counties. Lowest temperatures of 2 to 4 degrees.

The effects of Storm Dennis will continue on Sunday. It will be a very windy day with stormy conditions in Atlantic coastal counties. Sunshine and widespread heavy squally showers, especially in the north and west, with a risk of hail and thunder. Some of the showers may turn wintry on higher ground. Highest temperatures of 6 to 9 degrees, but feeling colder in strong to gale force southwest winds, with severe and damaging gusts.

Further showers overnight on Sunday although they will become confined to western and northern coasts for a time overnight. But a more organised band of showers will move into the west before dawn. Strong and gusty southwest winds easing by Monday morning. Lowest temperatures of 2 to 5 degrees.