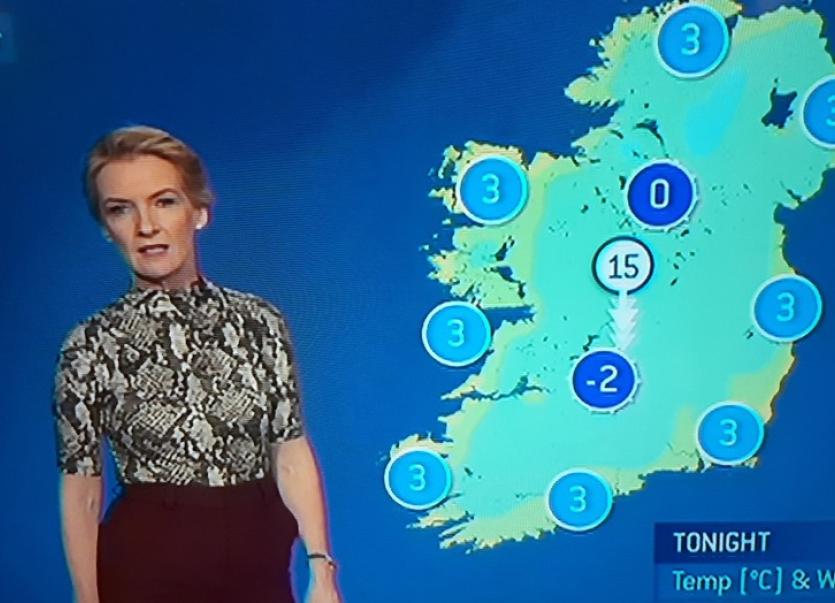 Met Éireann forecasts that the cold arctic air that brought snow to Ireland on Wednesday is set make for icy conditions on Thursday morning and will dominate the weather through the weekend.

In her forecast after the RTÉ news Met Éireann's forecaster Joanna Donnelly gave an idea of what to expect from the cold snap which is bring colder than normal conditions.

"We are on the cold side of the polar jet and it stays cold right through this week. Indeed it will be very cold tonight (Wednesday)," she said.

The forecaster said the rain and snow would move to the south overnight Wednesday in to Thursday but cold air from the arctic would be pulled down.

"We expect temperatures to be below freezing overnight and that will lead to icy conditions in the morning," she said.

Ms Donnelly said Thursday would be dry but a strong northerly wind would make it feel very cold. More Met Éireann forecast below picture and tweet. 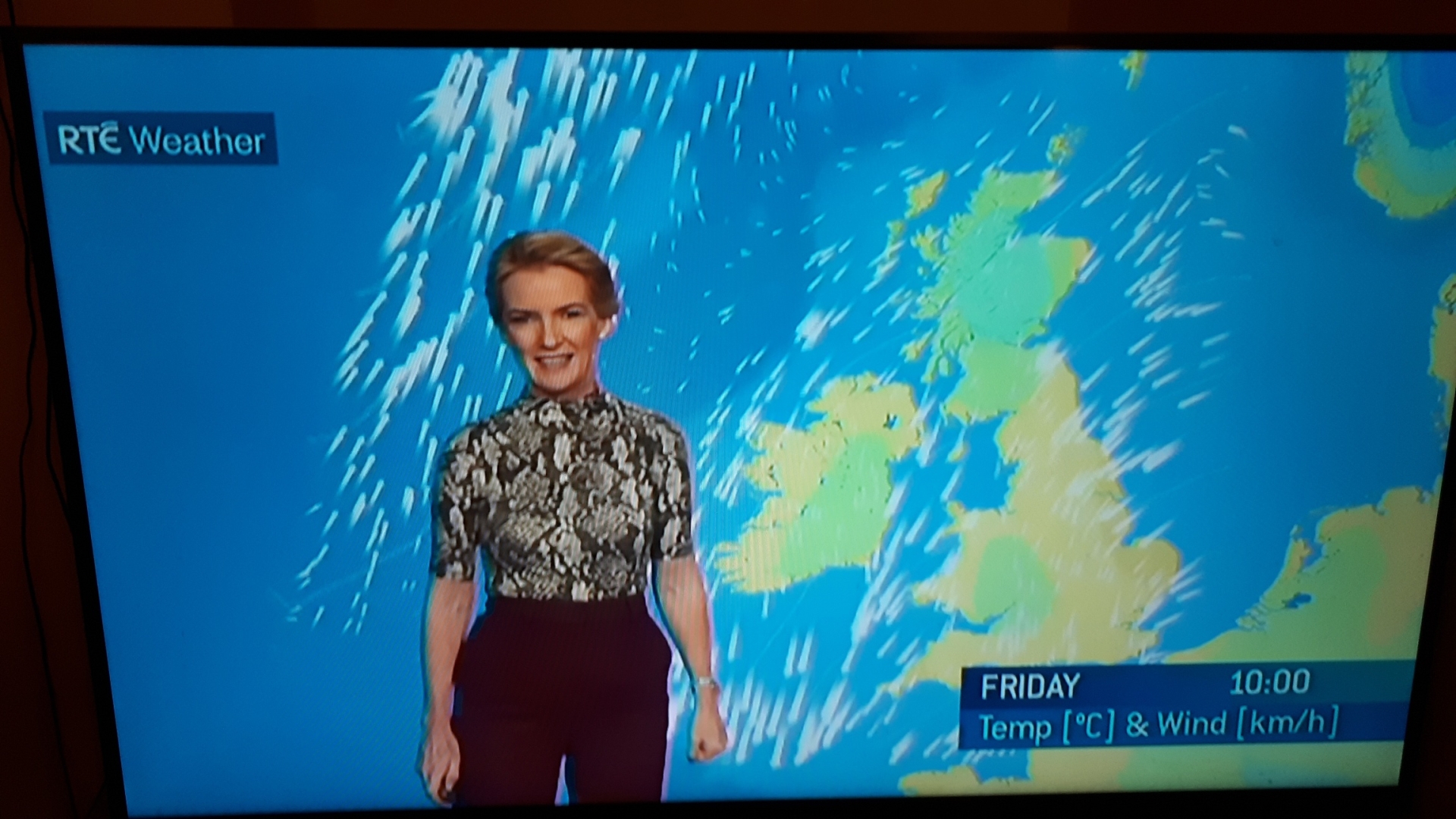 Cold tonight with outbreaks of rain, sleet and some falls of snow in places for a time - especially over inland parts of Leinster and east Munster. Drier, breezy conditions will extend southwards later tonight with frost and icy stretches developing in some areas. pic.twitter.com/jTgbcR14yF

The national forecast issued by Met Éireann on its website issued at 8.58pm on November 13 is as follows.

TONIGHT
Cold tonight with outbreaks of rain, sleet and some falls of snow in places for a time - especially over inland parts of Leinster and east Munster. Drier, breezy conditions will extend southwards later tonight with frost and icy stretches developing in some areas. Lowest temperatures of -1 to plus 3 degrees Celsius.

TOMORROW - THURSDAY 14TH NOVEMBER
Tomorrow Thursday will be a cold, bright and dry day in many places with sunny spells. Scattered wintry showers will affect northwest coastal counties and also some eastern coastal regions. Highest temperatures will range 4 to 8 degrees Celsius and feeling cold in a fresh north wind. more below picture. 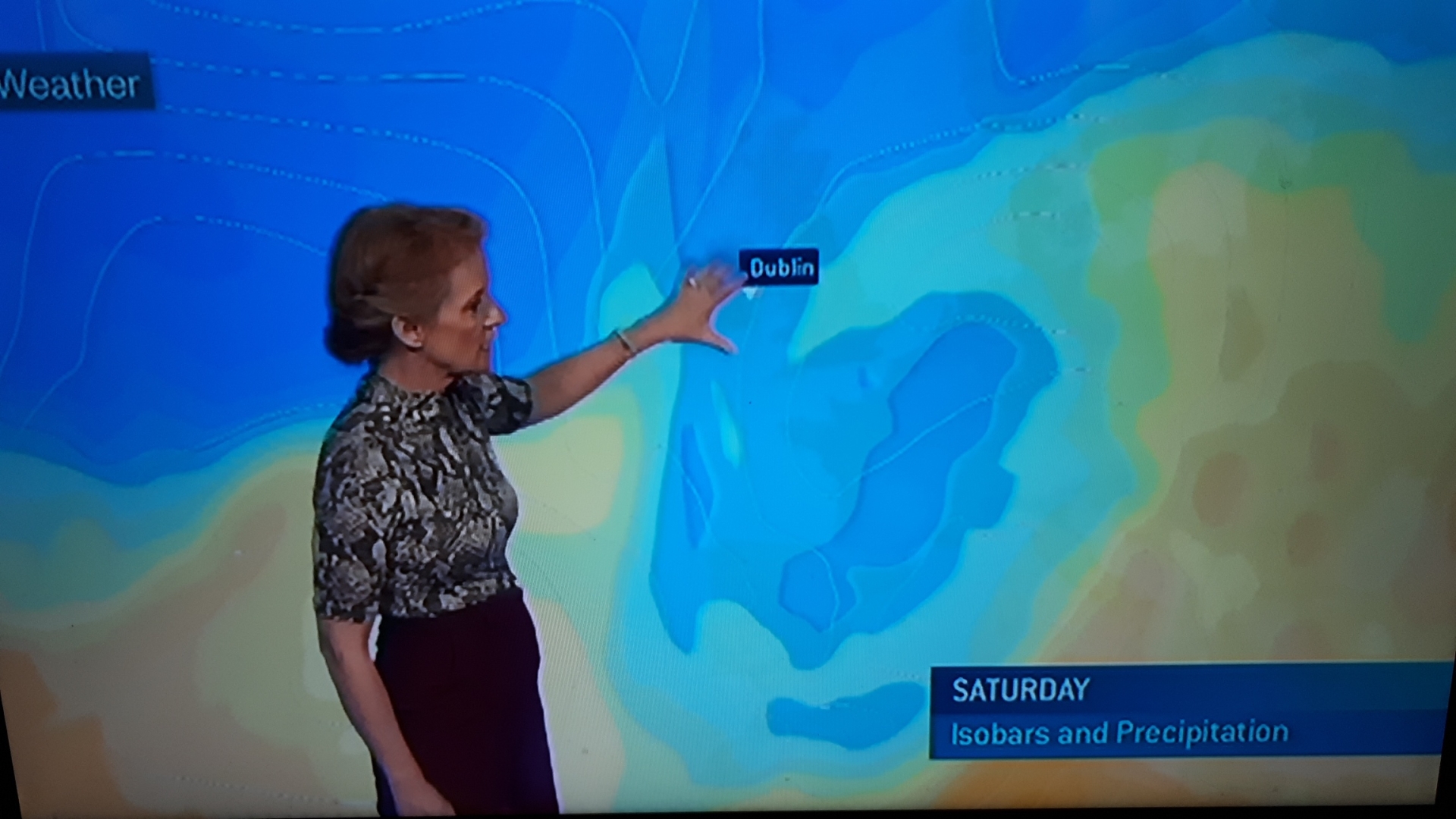 Thursday night: Most places will be dry, however, showers will persist about north Connacht and west Ulster, and along the east Leinster coast. Minimum temperatures of -1 to +2 degrees Celsius with frost forming. Moderate north to northwest winds, still fresh to strong and gusty near coasts, will fall light to moderate inland by dawn.

Friday: A sunny day for most, after a cold, crisp start, however, cloudy periods with the risk of showers near the east coast. Maximum temperatures 6 to 9 degrees in light to moderate north to northwest winds, gusty near the east coast. Clear spells and light northerly or variable breezes will allow temperatures to fall to between 1 and minus 3 degrees on Friday night with a sharp ground frost inland and the risk of icy patches. A few patches of mist may also form.

Saturday: A cloudier day overall, although a few brighter intervals could occur early on in the east. After a dry start countrywide, patchy rain and drizzle will arrive on Atlantic coasts from around late morning. The rain will extend only slowly eastwards to affect parts of Connacht and west Munster by evening, and it will be mostly light and patchy in nature. It looks as though it will stay dry further east until after dark. Cold, with highs of just 4 to 8 degrees, in mainly light and variable breezes. Mostly cloudy with patchy rain and drizzle extending eastwards over the country on Saturday night. Northerly winds will become strong and gusty along Atlantic coasts, but winds will be light northerly or variable elsewhere. Cold, with lows of 0 to 4 degrees, with frost forming in places.

Sunday: Current indications suggest cloudy conditions with patchy rain and drizzle will gradually give way to drier and brighter intervals as the day goes on. However, it does look like patchy rain or showers will persist in parts of Ulster and north Connacht. Top temperatures 6 to 9 degrees in light or moderate northerly winds, fresh to strong near coasts. Mainly dry with clear spells on Sunday night with frost forming.

Early next week: Monday looks mainly fine and dry at this stage with good sunshine after a cold, crisp start.