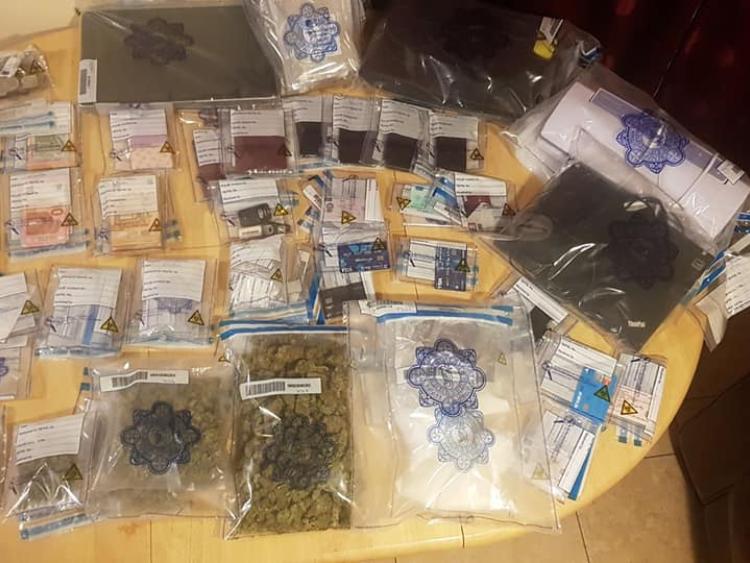 A substantial amount of cash and €50,000 worth of drugs believed to be for distribution nationwide were seized during a Halloween night bust.

Members of the Sligo Leitrim Divisional Drugs Unit intercepted a male in Carrick-on-Shannon town centre on Thursday, October 31 with a large quantity of illegal drugs, including cocaine, cannabis and LSD. He was detained under the Misuse of Drugs Act.

During a subsequent search of a house in Carrick-on-Shannon Gardaí discovered a large amount of cocaine, cannabis and MDMA believed to be for distribution nationwide.

A female was present at the house and she was arrested as part of the investigation. A substantial amount of cash was also seized during the course of the search.

Also read: Athlone IT named Sunday Times Institute of Technology of the Year 2020

Both the male and female were arrested for sale and supply of illegal drugs and detained at Carrick on Shannon Garda Station.

The total amount of drugs seized is in the region of €50,000, subject to analysis.

Both persons have since been released after 48 hours in Garda custody and a file is being prepared for the DPP.

Also read: Arrests made for drink driving in Longford over Bank holiday weekend