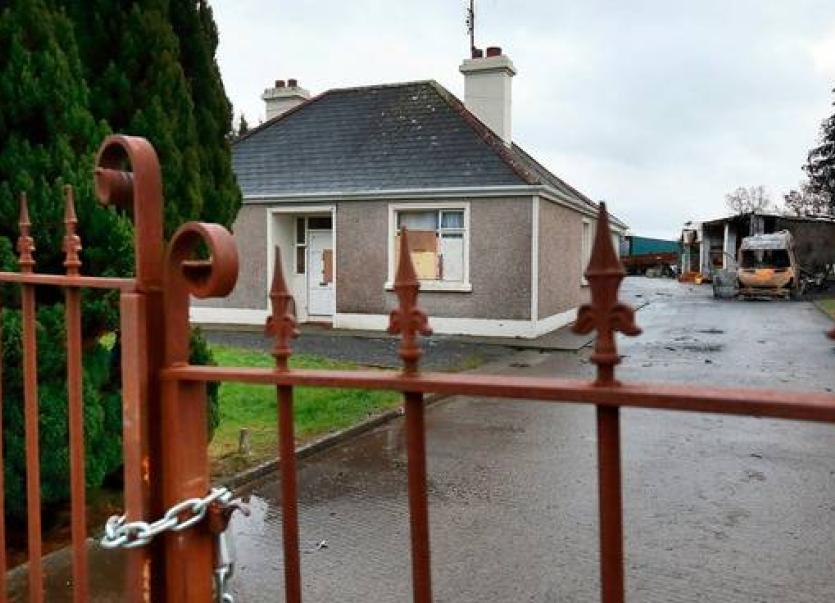 The Co Roscommon family whose farm was the centre of a controversial eviction last year have been given a month to vacate their home.

In his judgment on Friday Mr Justice Senan Allen ruled that KBC bank was entitled to an injunction compelling siblings Michael Anthony, David and Geraldine McGann to vacate their family home at Falsk, near Strokestown in Co Roscommon, pending the final outcome of the dispute.

The Judge said he was satisfied from the evidence that the defendants had no entitlement to be on the property.

He said the bank had obtained and executed a valid possession order over the property, and that the McGanns are trespassers on the property.

Following the court's decision David Browne Bl for David and Geraldine McGann said his clients will appeal the decision to the Court of Appeal, and asked that the order to vacate the property be stayed.

Rossa Fanning SC, appearing with Keith Rooney Bl for KBC said his side had no issue with a stay to allow the defendants time to seek alternative accommodation but asked the court that the stay be no longer than a few weeks rather than months.

The judge said he was placing a stay on his order until noon on Tuesday, November 12 next when the defendants will have to vacate and cease trespassing on the property.

KBC claimed it was entitled to the injunction, as it had obtained an order allowing it to execute the possession order over the property.

KBC's injunction application was opposed by the McGanns.

Lawyers for Geraldine, who the court heard occasionally stays at the house and David McGann who has lived in the property all his life had argued that the order should be declined.

Michael Anthony McGann, who also lives at the property, was not present in court nor represented during the hearing.

Written arguments opposing the injunction application, which the Judge described as pseudo-legal "mumbo jumbo", had been submitted on his behalf.

However, in his decision, the judge rejected their arguments and held that there was no legal basis for them to remain on the property.

The application centred around events last December when the McGann family were evicted from the farm on foot of a repossession order KBC obtained in respect of the property several years ago.

The eviction gained national media attention after private security operatives were forced from the property by a group of masked men.

Gardai subsequently launched an investigation after the security personnel were attacked, several of whom required medical treatment, several vehicles were burnt and a dog had to be put down due to injuries it sustained.

The McGanns, who were not involved in those incidents, subsequently returned to the property and have remained there since.

The property was the subject of a loan agreement between KBC and the farm's registered owner Mr Michael Anthony McGann.

Mr McGann fell into arrears on repayments and owed the bank some €431,000. KBC obtained a possession order in respect of the property in 2012, which was not appealed.

The last repayment on the loan to KBC was made by the borrower in February 2014, it was claimed.