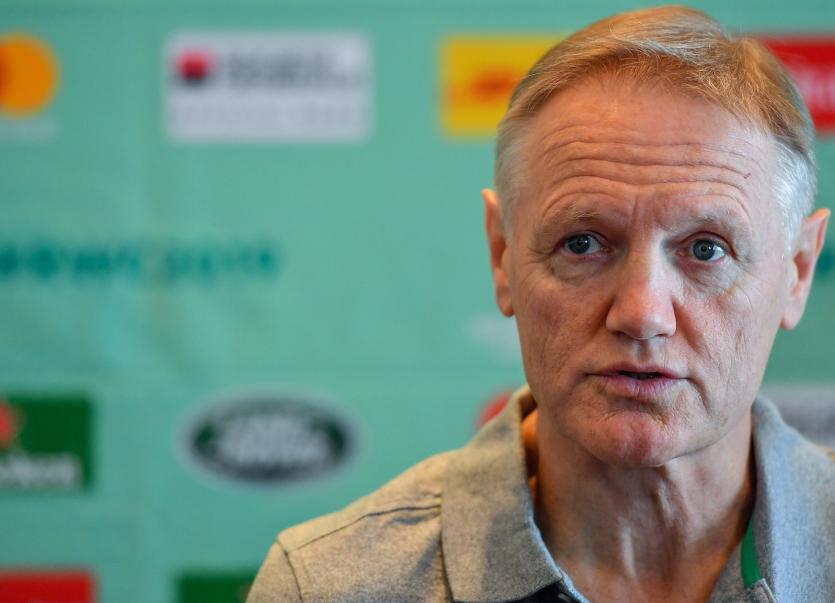 Robbie Henshaw, the Ireland centre, is likely to miss the opening Pool A match against Scotland in Yokahama on Sunday, September 22 after he sustained a hamstring injury in training on Saturday.

The full extent of Henshaw’s injury will not be known until after a scan, Ireland head coach Joe Schmidt said at a press conference at the team hotel in Chiba on Sunday.

"Robbie pulled up with a bit of tightness in his hamstring," Schmidt said. "When he pulled up he wasn’t accelerating. We'd be hopeful it is not going be too bad.

"It is likely to rule him out of this week? Yeah, you would have to say it is likely."

The 26-year-old Leinster player, capped 38 times, had been expected to partner Bundee Aki in midfield against Scotland. The No.13 shirt is now likely to be contested by Leinster’s Garry Ringrose and Chris Farrell, of Munster.

Schmidt, though, bridled at suggestions that Henshaw had been a virtual certainty to start the opening pool game: "There is obviously people better informed than I am about who was going to play and where."

Utility player Will Addison, who is on standby for the tournament, was withdrawn from Ulster’s starting line-up for Saturday's pre-season friendly in Glasgow. Schmidt said this was a precautionary measure.

There was more positive news from the coach on fly-half Joey Carbery, who was injured after starting against Italy in Ireland’s first warm-up match last month.

"Joey trained well on Saturday and he's due to train fully with the team on Monday," Schmidt said, adding that he is likely to select his team to face Scotland on Wednesday.

Winger Keith Earls, who limped off in the final warm-up game, against Wales in Dublin, will train on either Wednesday or Friday.

New Zealander Schmidt, who turned 54 on Thursday while en route to Japan, will step down as head coach the end of the tournament after six years in the job. He is being replaced by defence coach Andy Farrell.

Asked about his plans for the future, Schmidt said: "We will probably stay in Ireland for some time. We have become pretty settled there.

"A big motivator for me to get back (to New Zealand) was family and unfortunately we lost our mum recently. We’ll take a bit of a breath and make some decisions beyond that."

Schmidt and the Ireland captain, Rory Best, also fielded several questions from the sizeable contingent of Japanese media. There was laughter when one journalist asked Best a question about Brexit.

The captain took it in his stride, saying: "The issue with Brexit is that nobody really knows what the issue is. But the great thing about Irish rugby is that it was always about the sport – an island playing together and pulling together. This is a great opportunity for us to do it on the world stage."