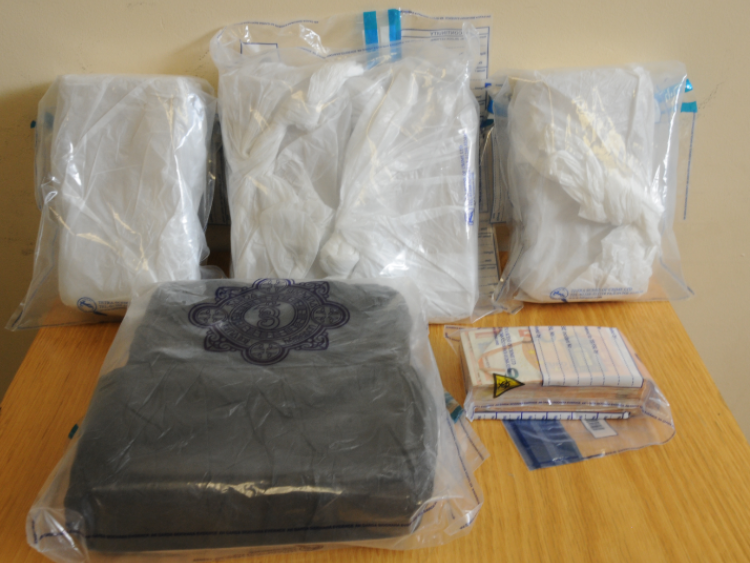 Some of the heroin seized by Gardaí

In a joint operation this morning Sunday, September, 1, involving members of The Garda National Drugs and Organised Crime Bureau and the United Kingdom National Crime Agency a number of searches were carried in Dublin and Meath.

A seizure of 7 kgs of heroin with an estimate value €1 million euro (subject to analysis) was seized and three men, aged in their 40s and 50s, were arrested by Gardaí and brought to Dublin Garda Stations, where they are currently detained.

Investigations are ongoing, nationally and internationally.

Detective Chief Superintendent Angela Willis of the Garda National Drugs and Organised Crime Bureau said: "This substantial seizure of heroin will help keep our communities and people safe and will impact significantly on organised crime groups involved in the international drugs trade.”

Assistant Commissioner John O’Driscoll of Special Crime Operations said: "This seizure of a large amount of heroin is the result of an intelligence led investigation. This demonstrates the increased capabilities of the Garda Síochána, when working with our international partners, to keep people safe and to target those who would attack our communities with drugs.”