Violent scenes at Four Courts: Woman accused of Facebook and Youtube defamation claims she was attacked and injured 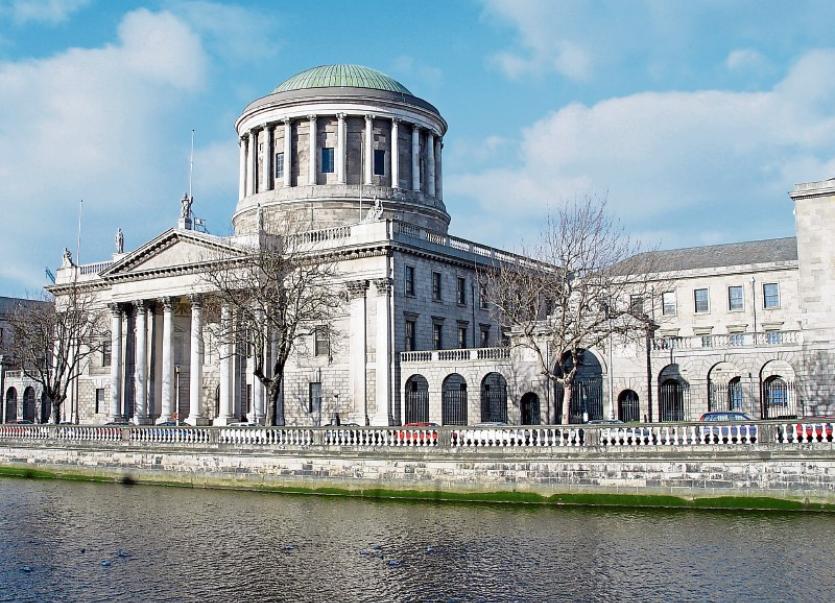 There were violent scenes requiring the intervention of gardai and security in the Four Courts this afternoon, Wednesday, July 31, when it is claimed the defendant in a defamation action was attacked and injured by a group of individuals who attended court.

The individuals allegedly involved had attended an action brought by a London-based Nigerian businesswoman Rosala Uvbi Mku-Atu who claims she has been defamed and threatened in social media posts by Ms Ester Esabod Aboderin, with an address at Leixlip, Co Kildare.

Shortly before the case was due to be heard by Ms Justice Leonie Reynolds, a violent fracas, which shocked onlookers, involving up to 20 individuals who had attended the case broke out in the area just outside the Supreme Court.

Court staff called for the assistance of the Gardai, who attended at the scene within minutes.

After order was restored a Garda on duty, supported by the Court Services' own staff, escorted several individuals involved in the incident off the precincts of the Four Court's complex.

The individuals were earlier present in Court 3 of the Four Courts for the call-over of chancery cases called. They were asked to leave by Judge Reynolds after some of them became loud and agitated.

When the hearing commenced before the judge, Rory Kennedy Bl for Ester Esabod Aboderin said his client had been "seriously assaulted," by unknown parties and had suffered injuries including "cuts and bruises" to her face and body in the incident.

A complaint has been made to the gardai about the assault, counsel said.

In reply, Patrick O'Brien Bl for Ms Uvbi Mku-Atu, who was not in court, said his client had "no knowledge" about the people who were involved in the incident outside the courtroom, and "did not condone" what had occurred.

The Judge also made orders under Section 33 of the 2009 Defamation Act which prohibits the reporting of the allegedly defamatory comments.

On Wednesday the Judge, who noted that the gardai were investigating the incident that took place outside of court, agreed to adjourn the case, with the orders remaining in place to October.

The Judge heard that the defendant has removed the comments complained of from social media that was under her control.

There were concerns about posts on platforms not under the defendant's control, but steps were being taken to address that issue, the court heard.

Last week the court heard that the plaintiff, who is currently residing in London due to ill health, is involved in property development and electricity distribution businesses, and is also involved in philanthropy.

She claims that since May the defendant, who she does not know and has never met, has published numerous false, malicious, harmful, threatening and untruthful comments about her.

The comments relate to the plaintiff's businesses, her philanthropy, and her personal reputation. Other comments, it is claimed, include threats to kill Ms Uvbi Mku-Atu and expressing a wish for her death in unpleasant ways.

The comments are contained in videos posted on Facebook and Youtube.  It is claimed they reached a significant audience, have had thousands of views and have been shared.